The boys were bound and drugged in the cave, according to a new book.

Dirt is moved to absorb water at a pumping site at Tham Luang cave area as operations continue for the 12 boys and their coach trapped at the cave at Khun Nam Nang Non Forest Park. (LILLIAN SUWANRUMPHA/AFP/Getty Images)
AFP/Getty Images
By Chase Hill

The Thai cave rescue had us glued to our phones, televisions and computers as we waited for the very first boy, a young soccer player and one of 13 people trapped in a flooded cave, to emerge from the murky flood waters.

The Cave, a new book by Liam Cochrane, an ABC (Australian Broadcasting Corp.) reporter, says the boys were drugged and handcuffed- bound with tethers, before diving to the surface.

The book was profiled in a Daily Mail article about the harrowing event. It claims the boys were given shots of Ketamine in the legs to sedate them and then their hands were bound behind their backs. 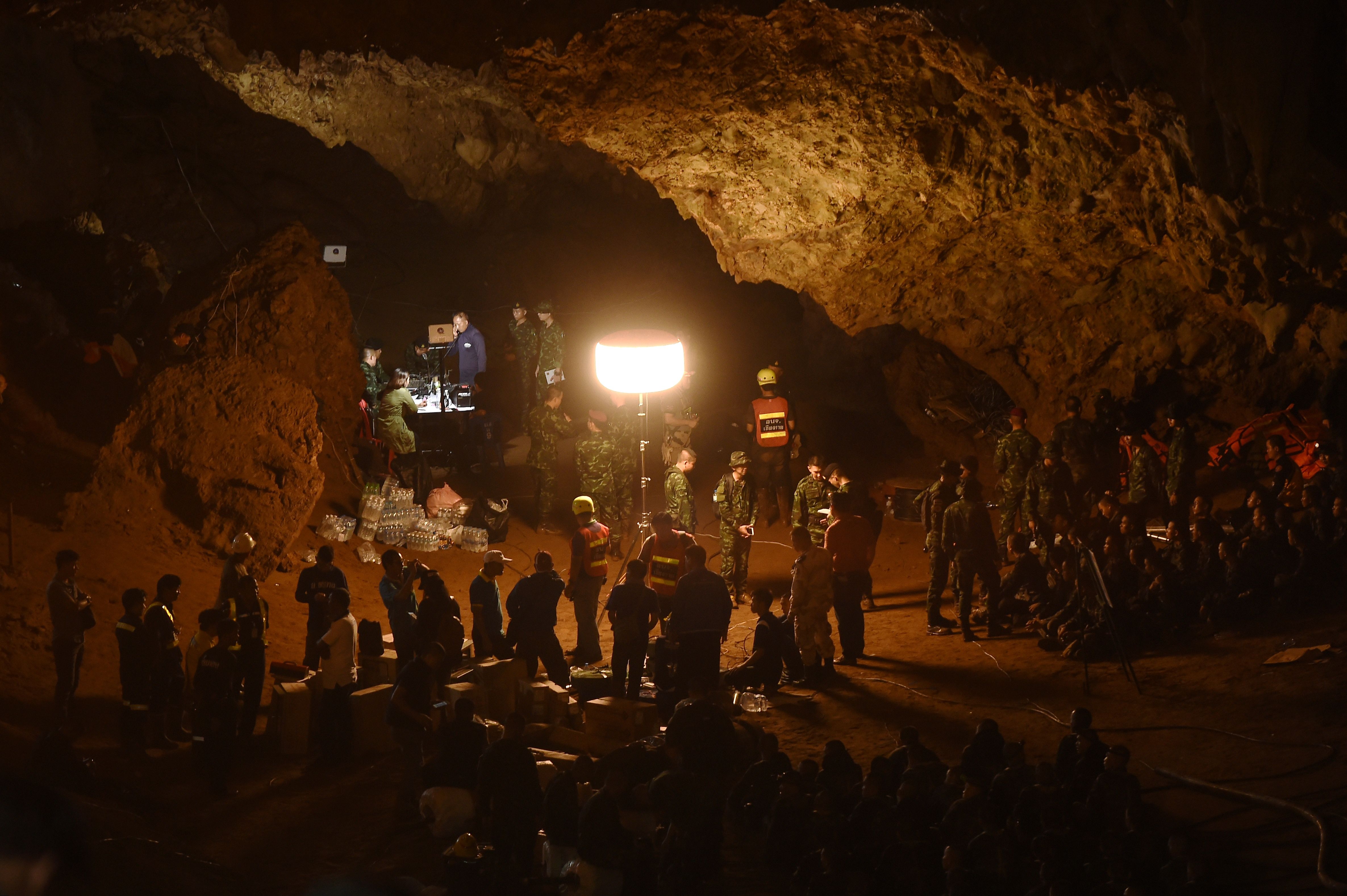 One of the divers, Dr. Richard Harris, known as Dr. Harry, was a trained and experience diver as well as the anaesthetist who would put the boys to sleep before suiting them up and diving out of the cave. The boys were also given Xanax and atropine.

According to The Daily Mail: “First, he would give them a tablet of the anti-anxiety drug Xanax to take the edge off their fear. Then he would inject ketamine into a leg muscle — five milligrams per kilogram of bodyweight — to put them to sleep.”

The drugs were allegedly used to keep the boys calm and asleep during the rescue, so they wouldn’t rip their masks off or panic during the process. 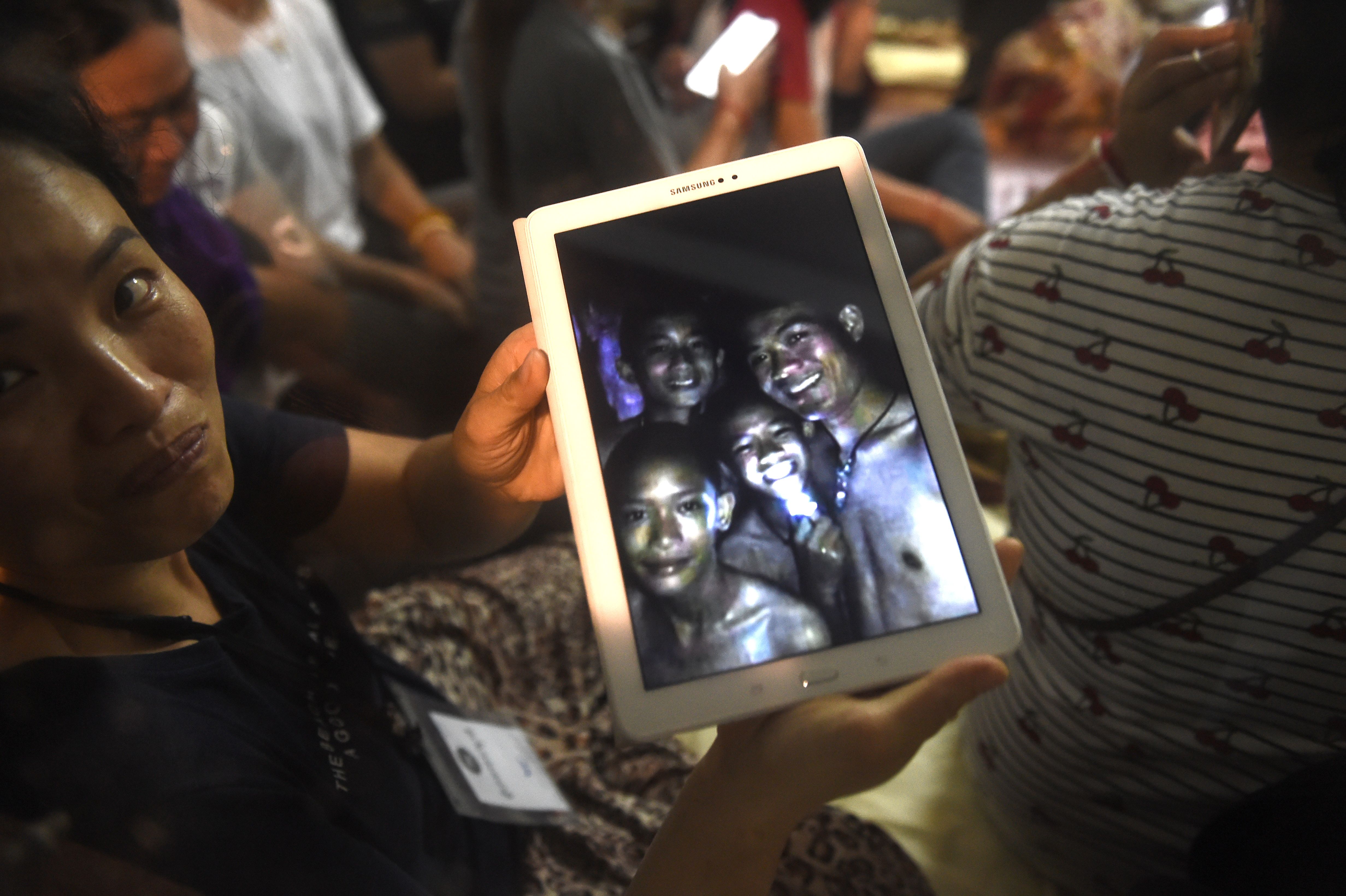 A family member shows a picture of four of the twelve missing boys near the Tham Luang cave at the Khun Nam Nang Non Forest Park in Mae Sai on July 2, 2018. (LILLIAN SUWANRUMPHA / AFP)
AFP/Getty Images

A News Corp. Australia report says that the kids were given far stronger drugs than reported and that no child who had never dived before would be able to complete the dive alive, so the parents of the children were lied to about the rescue strategy.

Cochrane has tweeted concern over the News. Corp article saying the news outlet never received any excerpts from his book and that they are fabricating quotes.

Not sure how this happened. News Ltd Australia using an extract of my book. I only gave permission for UK use. Mostly follows my story but inc. some made up quotes & inability to count (last line). I’ll be speaking to @HarperCollinsAU about this. https://t.co/vzA1BOEGYl

This story is developing and will be updated as more information is confirmed.