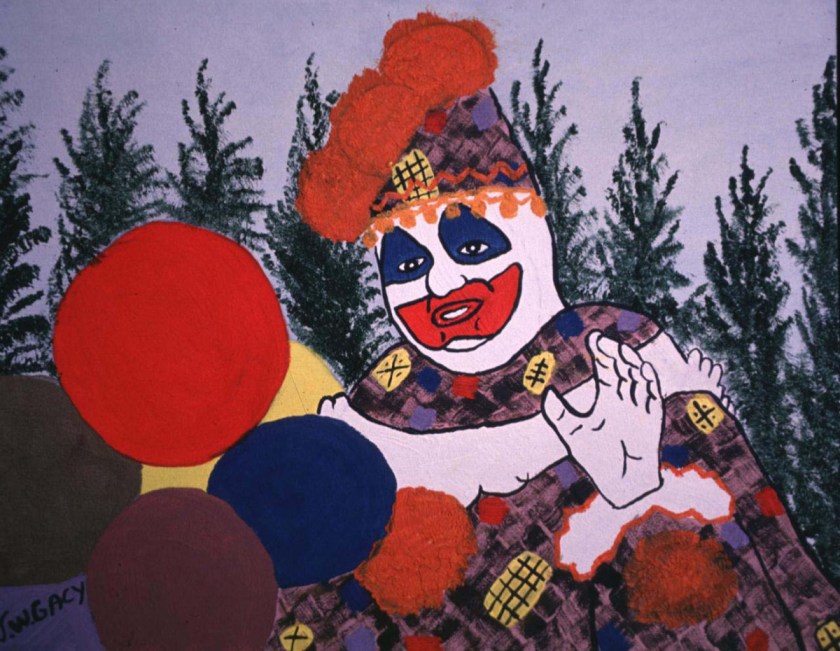 On the topic of infamous murders, few are wider known than serial killer John Wayne Gacy, the “killer clown,” who murdered almost three dozen boys and young men during the 1970s. Then, of course, there’s Elmer Wayne Henley—quite a bit lesser known than Gacy—who was sent to prison in 1974 for the spree of murders he committed alongside Dean Allen Corll. Then there’s Monty Wayne Lamb, serving a life sentence for a triple homicide in Dallas. And Alexander Wayne Watson, Jr., convicted of killing multiple victims.

We think you see the pattern: They all have the middle name “Wayne.” It seems coincidental, but “Wayne” turns out to be a really common middle name for both convicted (and alleged) murderers. So much so, in fact, that News of the Weird‘s Chuck Shepherd kept a running tally of them through 2008; and as of now, his list of killer Waynes has 223 people on it.

Shepherd does have a number of disclaimers attached to his list. For one, he notes that the list includes those convicted of and charged with murder, admitting that some of the men might, in fact, be innocent. Like Anthony Wayne Grimm, who was acquitted of a 1994 murder back in 2004. (These days, we gather, he’s just going by Anthony Grimm.) 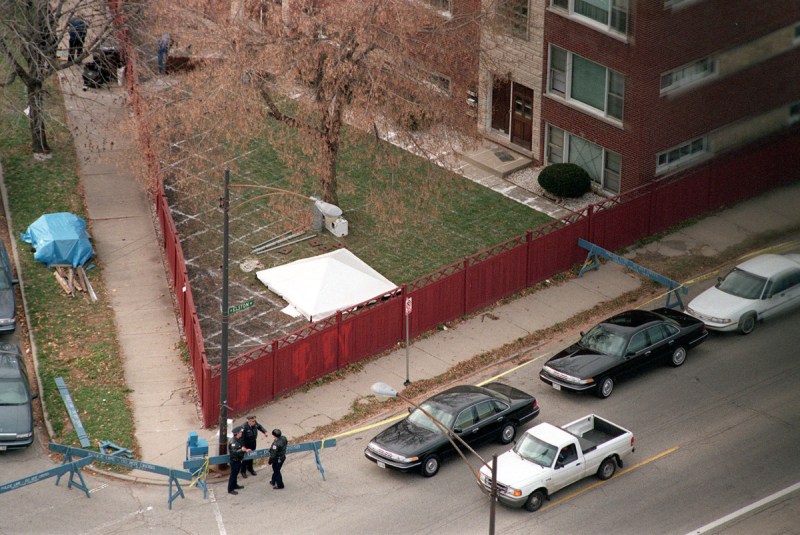 Police guard an area in this 1998 file photo in Chicago, Illinois, where a search was conducted for evidence of victims of serial killer John Wayne Gacy (John Smierciak/Chicago Tribune/MCT)
JOHN SMIERCIAK

Also, Shepherd’s list only focuses on murderers whose crimes and convictions made the news. That there are still over 200-plus murderers whose middle name is “Wayne” is an alarming statistic.

More recently, an article for Freakonomics discussed what has become known as “the Wayne theory,” and the Sword and Scale podcast did some investigating of their own, calculating that 0.41 percent of convicted murderers have the middle name Wayne.

“Having no other basis for comparison, [we] cannot arrive at the conclusion that murderers are more likely to have the middle name Wayne,” said podcaster Heather Sutfin of the findings. “But when our calculations—based on what data we have available—reflect that roughly half of the population having Wayne as a middle name has been convicted of murder, it certainly makes you wonder.”

The Paloma Is the Ideal Drink for Summer
Trevor Bauer's MLB Suspension Could Impact Baker Mayfield's Future in NFL
Mick Jones and Paul Simonon on The Clash’s “Combat Rock,” 40 Years Later
Andy Summers and Stewart Copeland Recall The Police’s Pre-Fame Days
It Took a Minute, But People Are Realizing That Beyond Meat Burgers Aren't Healthy
How Difficult Is It to Ride One of Those Electric-Powered Surfboards?

How Difficult Is It to Ride One of Those Electric-Powered Surfboards?
Arrival of Jumping Worms Suggests California Might Be Experiencing the Apocalypse
What It Was Really Like Inside Anna Delvey’s NYC Art Show