A golden record ready to be attached to a Voyager space probe, circa 1977. (NASA/Hulton Archive/Getty Images)
By Will Levith 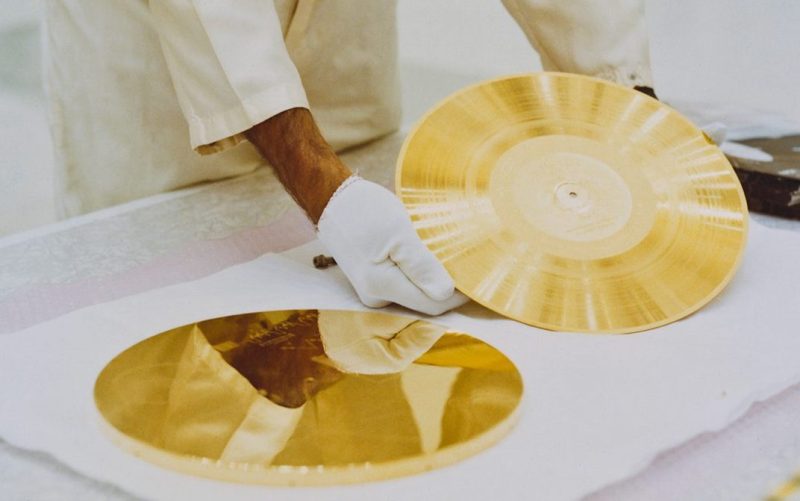 A golden record ready to be attached to a Voyager space probe, circa 1977. (NASA/Hulton Archive/Getty Images)

In 1972, David Bowie’s Space Oddity was released in the U.S., with its science fiction-inspired title track sending listeners hurtling towards the cosmos on a seemingly never-ending mission. Just five years later, NASA would produce something similar—but for purposes of science fact.

In 1977, NASA launched the Voyager 1 and Voyager 2 space probes to communicate with any alien life forms they encountered. Each probe carried a 90-minute-long golden LP record. A sampling of the tracks (curated, in part, by Carl Sagan) included: Beethoven’s “Fifth Symphony,” greetings in 55 different languages, and Indian raga music. Etched on the record’s aluminum “dust jacket” was a diagram, explaining where the record came from and how it could be cued up on an interstellar turntable. 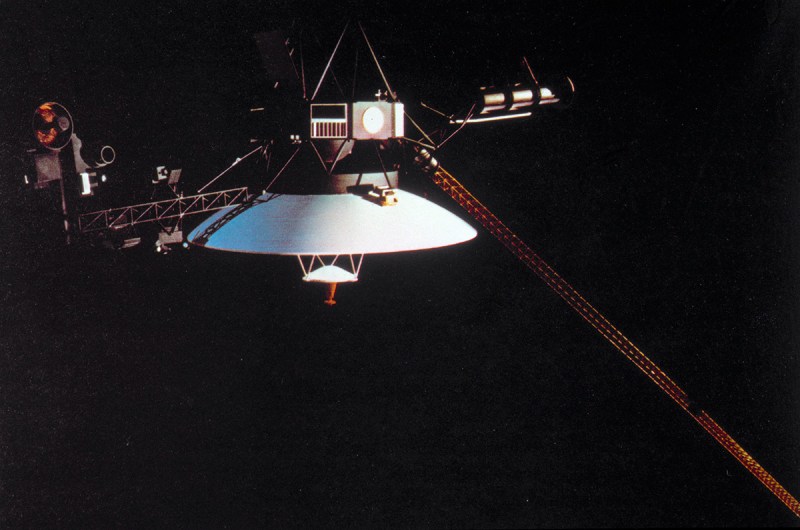 Two Voyager spacecraft were launched in 1977 to explore the planets in the outer solar system. Voyager 1, launched on September 5, 1977, is pictured here. (SSPL/Getty Images)

In 2013, Voyager 1 finally entered interstellar space (and Voyager 2 was right behind it), and although there are no signs that extraterrestrial life has gotten a chance to spin the record, us humans are about to get that opportunity for the first time in nearly 40 years.

The “Voyager Golden Record: 40th Anniversary Edition” is a three-record box set, containing three translucent gold vinyl records, with all the original audio; a book featuring images from the “message”; a digital-audio download card; and a fine art print. The record’s original producer, Timothy Ferris, will be remixing the album.

The box set is available exclusively on Kickstarter until Oct. 21 (those who pledge at least $98 get the complete set). Listen to the contents of the album below. And remember, you can actually play it in outer space thanks to Jack White’s record player.