The War and Treaty's Michael Trotter Jr. taught himself how to play on ex-dictator's piano.

Fourteen years ago, Michael Trotter Jr. started on the path to his musical dream—one that would first take him through war-torn Iraq.

Up until that point nothing in his life signaled that he would turn out to be a successful singer: As a 13 year old, Trotter and his mother had escaped an abusive, alcoholic father, fleeing Cleveland, Ohio, to end up in Washington, D.C. There was plenty of inner turmoil along the way, even as he was expecting his first child with his girlfriend.

“I had made some mistakes in my own personal life that I felt the only way to rectify was (through) the military or college,” Trotter tells RealClearLife.

The way he saw it, the military would mean he could support his young family, get them health insurance, and a steady paycheck. So on June 8, 2003, Trotter signed his life away to the United States Army.

By December he was in Baghdad. He ended up camped out with his unit in one of former Iraqi dictator Saddam Hussein’s private palaces.

“I, like a lot of people in that situation, just thought, OK, at some point, I’m going to get killed out here,” explains Trotter.

That fear was all-encompassing until the day Trotter had an epiphany—or rather, played it.

His commanding officer, Captain Robert Scheetz, had caught wind of the fact that Trotter had a singing voice and while rummaging through the palace’s bombed-out basement had stumbled upon something unique.

“Hey, man, there’s a piano down here that belonged to Saddam,” Trotter remembers Capt. Scheetz telling him. “You might want to go check that out, and if you feel like it, you can mess around with it on your off time.” 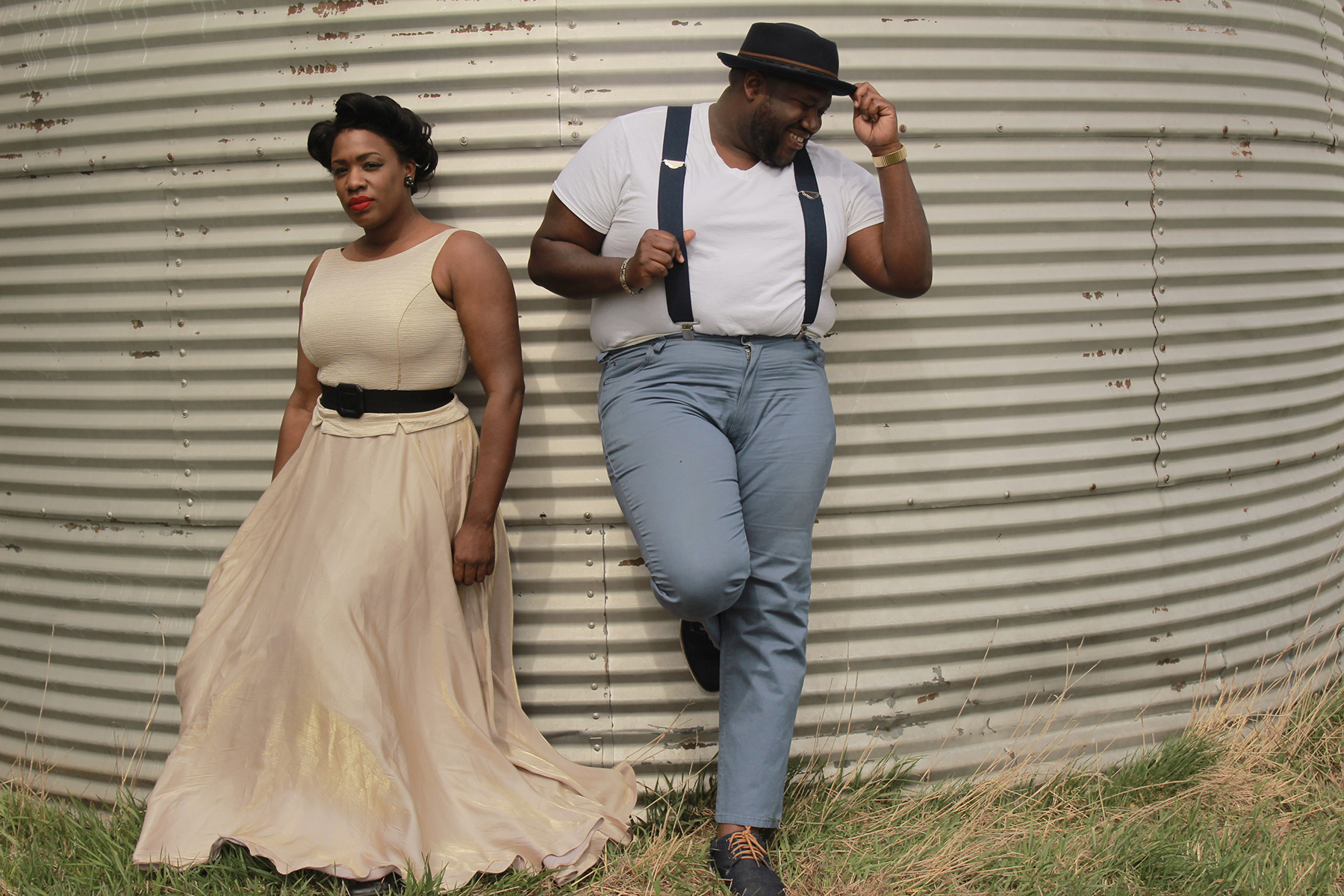 All of a sudden, things got “cinematic,” says Trotter. “You had to crawl over soot and rut and rock and rubble from the war to get to this piano; it was like one of those dramatic movie scenes,” he remembers. “When I got to it, it was in tune, and I’m touching it, and I realized, you know what? This is huge,” he says, “because if I can put my hands on this ivory … (and) this is what Saddam Hussein did—and he had such a tyrannical mind—and it brought him some kind of peace in his torment—(then) maybe it could do the same for me.”

Trotter says he was daily being tormented by that fear; he was playing out the deadly attacks that might kill him in his mind, and how his death would “play out,” he says. But those mental picture shows would disappear every time he sat at that piano and played. “That’s how music found me. I joke around with people (that) ‘Saddam Hussein taught me how to play the piano.’”

Not knowing the first thing about the instrument, Trotter began experimenting with playing the keys, recreating his nontraditional approach for RCL. “I would start out with just playing all the white keys, which predominantly are considered your major keys; and then I would go as far as I could go and listen as far as I could listen with my own ear, finding harmonies. But then I would sprinkle in your minor keys, which were the black keys,” says Trotter. “I found something so amazing; it was completing the sound that I was hearing in my heart. I thought about that: Wow, these two keys were existing together—they’re coexisting. It’s making a beautiful composition.”

Soon after, Trotter graduated to writing songs—or rather trying to land on a melody that his buddy Captain Scheetz would enjoy (“he would listen to it and tell me if it was good or bad.”) One particular day, he was hard at work on a new melody when he found out that Scheetz was headed out on a mission. “I remember running up to the gate and watching him leave and telling him, ‘Hey, man, when you get back, why don’t you check out this new tune that I’ve got?’ And he said ‘Sure,’ and gave me a thumbs up.

That would be the last time Trotter saw his friend alive.

As he later found out, Scheetz’s vehicle had hit an IED. “What I (later learned) was, even in death, just how graceful he was. He’s sitting there with his abdomen open, and all he could think about was his family, and he was saying, ‘Just let ’em know it’s OK,’” says Trotter. “I just think that that pushed me into writing my first song about him.”

That song, “Dear Martha” (listen above), would be finished in time for Scheetz’s memorial service. As Trotter explains, if you’re in a war zone, you stop and perform the memorial at your own risk. “For an hour or so, we’re standing outside with no cover, completely open to the attack of the enemy, but it doesn’t matter for us, because at this moment, it’s completely about the fallen,” he explains.

So as nearly one thousand troops stood there in the desert, Trotter sang his tribute.

“It’s unbecoming of a soldier to stand at a memorial service of the fallen and show emotion—tears or anything like that,” he explains. But that particular day, that unspoken rule was broken. “I saw people completely forget where they were, and soldiers were tearing up and crying and wiping their eyes, and it wasn’t so much ‘I wish Trotter would shut up,’” he says with a laugh.

From that point onward, Lieutenant Colonel Peter L. Jones (now a brigadier general) gave Trotter a new set of orders: to tour around, learning as much as he could about other soldiers killed in action, writing songs about them, and performing his compositions at their memorial services.

When Trotter’s duty was up the first time, he says he was home for 30 days and nothing really seemed to click. “I would go and sing in the church, in clubs, and I would feel so lost,” he remembers. “Man, that moment of clarity, that feeling of selfless service; it just wasn’t there for me in these kinds of settings.”

So he volunteered to do a second tour abroad. “Forget the safety, forget the comfort of sleeping in a nice, warm bed. I would trade that … for going to live back in 136-degree weather, sleeping on a steel cot, with the ceiling wide open … having to watch my back, every which way I turned,” he explains. “That was paradise for me, because soldiers would come off of their duty exercises out in the war, and they would ask me to sing to them.”

Trotter says he eventually grew apart from his first wife, divorced her, and vowed that he would never marry again (the couple had two daughters). That is, until he found himself in Maryland at what he describes as a “love fest”—a community gathering that Tanya Blount happened to be co-hosting. Trotter had been hired as the entertainment. Of course, he had done his homework on Blount, a professional recording artist in her own right, who had played a bit part in the 1993 movie Sister Act 2.

Blount, too, had been married, divorced, and had proclaimed that she would never marry again, says Trotter (she had a son from a previous relationship). But the two would fall in love, get married, and have their own five-year-old son, Legend.

And of course, seven years after tying the knot, they’ve joined forces and formed a band. 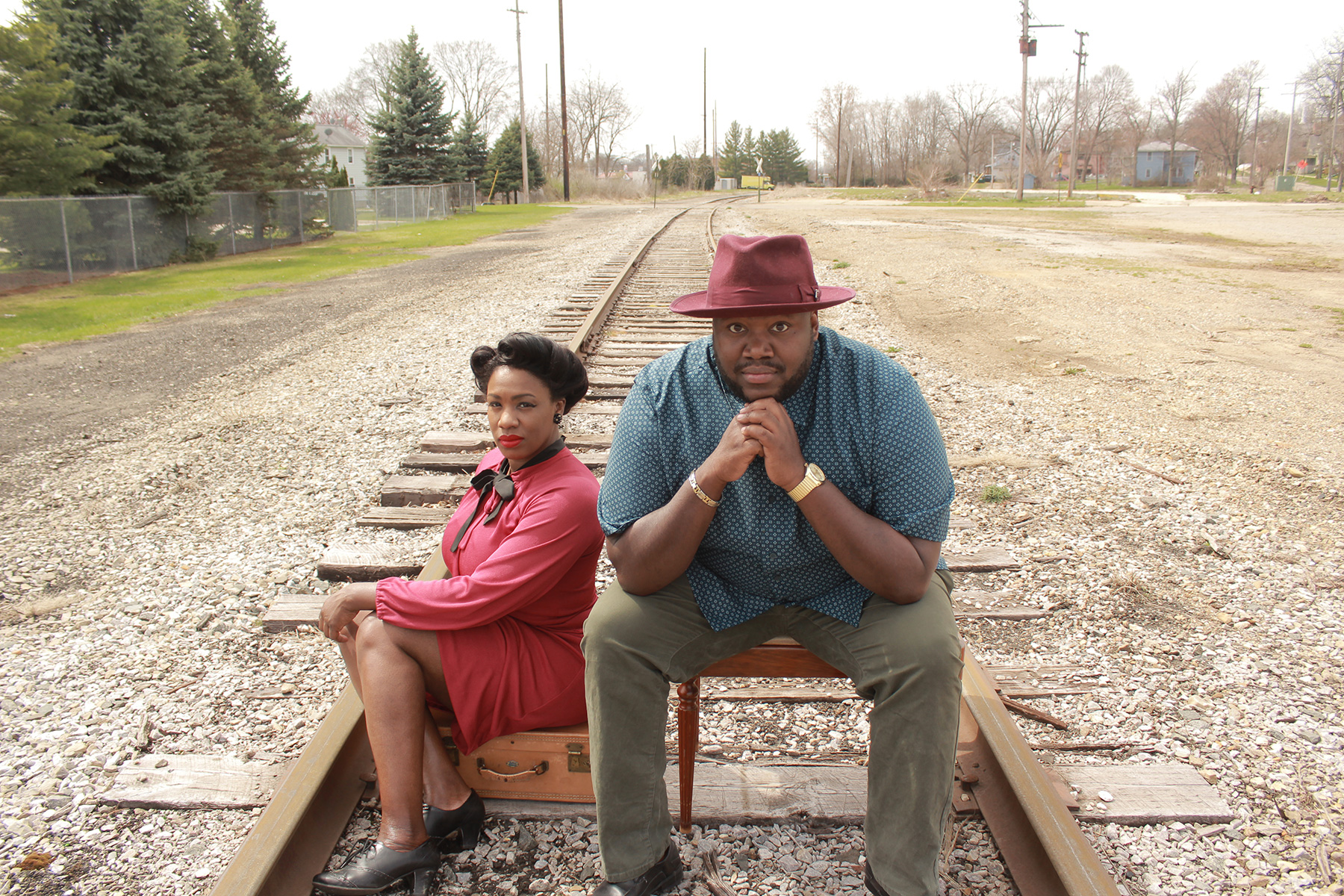 Calling themselves The War and Treaty, the Trotters bring fire-and-brimstone–level gospel pipes to the table, their voices alone making listeners into believers. The music is rife with religious imagery and biblical references; listening to is practically like being in church (or at least what this writer imagines church being like).

Their gritty, melodic eight-song debut EP, Down to the River—which is full of juicy morsels like “Florida” (an ode to Trayvon Martin), “‘Til the Mornin” (whose lyrics date back to Trotter’s time in Iraq), and first single “Hi Ho”—will be released on July 21.

So Trotter, who found his peace in the middle of war, is now showcasing his gift on the home front.

Listen to “Hi Ho” below.

Is the Victoria’s Secret Rebrand Dead on Arrival? A Lingerie Expert Weighs In.
How to Make a Restaurant-Quality French Dip at Home
A Former TSA Officer Is Sharing Airport Security Hacks on TikTok
Concerts Are Back. Here Are 30 to Look Forward to This Summer.
Sponsored: Real Talk: You Need Jewelry Insurance
What I Learned About Skateboarding and Life While Interviewing 10 Iconic Skaters

The Future of Craft Beer, According to Dogfish Head’s Sam Calagione
How the Stoner Noir Went Mainstream
Is Dairy Single-Handedly Sabotaging Your Skincare Routine?
New Balance Low-Key Has the Best Combination of Casual and Performance Apparel Right Now
Hardwearing Danner Footwear Is 25% Off at Backcountry
The Original, French Version of "Talented Mr. Ripley" Is a Tutorial in Summer Style
Can a 19-Year-Old Prodigy Take Home Surfing Gold?
Sponsored: Owning a Luxury Second Home Just Got a Whole Lot Easier
One of Mexico’s Favorite Hot Sauces Is Finally Available Stateside for the First Time

What I Learned About Skateboarding and Life While Interviewing 10 Iconic Skaters
Inside Rick James’s Legendary Feud With Prince
This Is the Most Beautiful Beach in the World, According to Instagram
The 10 Best (And 5 Worst) Cars in the Fast and Furious Franchise, According to Car Writers