CITY OF INDUSTRY, CA -- MAY 20, 2013--A sample of a Stoughton Printing Co., vinyl album jacket, this is an "old style" gatefold, with an embossed front cover (raised lettering), and spot uv coating (high gloss coating), for the re-issue of Fleetwood Mac's, "Rumours," photographed at their company headquarters in City of Industry, May 20, 2014. Stoughton is a family-run business celebrating 50 years, as is known as one of the largest printers of jackets for vinyl LP record. (Photo by Jay L. Clendenin/Los Angeles Times via Getty Images)
By Sean Cunningham 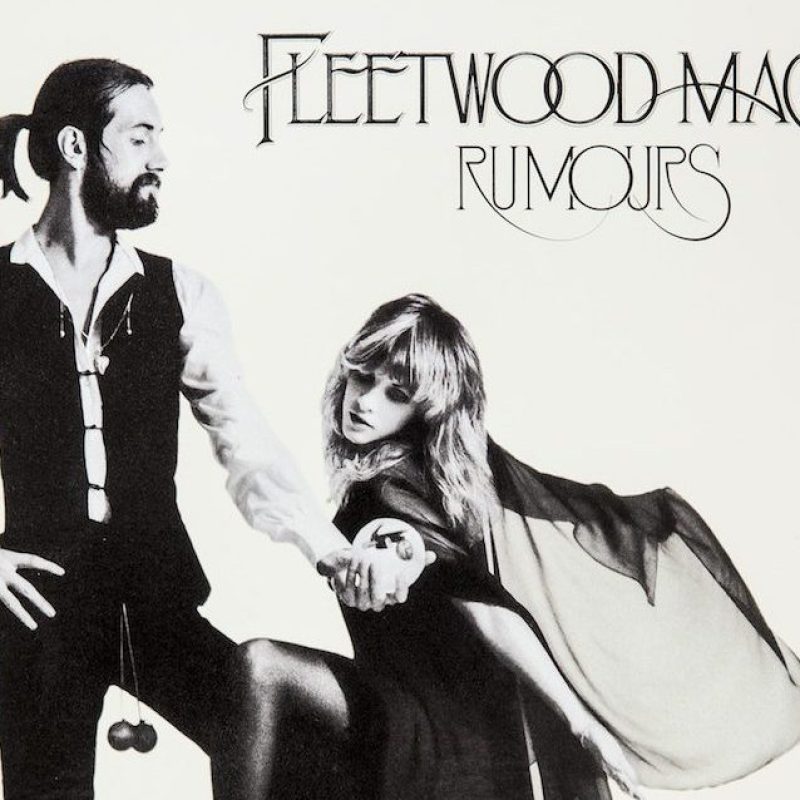 Fleetwood Mac’s self-titled debut in 1968 reached No. 4 in the U.K. and No. 198 in the U.S. By 1973, they’d released seven more albums. None of them reached higher than No. 49 in the U.S., and the albums had stopped charting entirely in Britain. The band couldn’t even settle on a lineup, with a virtual revolving door of members. Yet they were on the verge not just of success, but success on a level that is nothing short of absurd. Here are some of the ways Fleetwood Mac’s 11th album, Rumours (released on February 4, 1977), remains a uniquely strange musical triumph.

It Took Fleetwood Mac Years to Solidify Its Lineup. Technically, drummer Mick Fleetwood is the only member to be with the band for its entire history. Bassist John McVie hesitated before joining the group despite the fact that it was partly named after him. (He supplied the “Mac.”) Singer, keyboardist, and John’s then wife Christine McVie came next. Finally, singer Stevie Nicks and her boyfriend, vocalist/guitarist Lindsey Buckingham, arrived in 1975, making up the iconic lineup seen below. 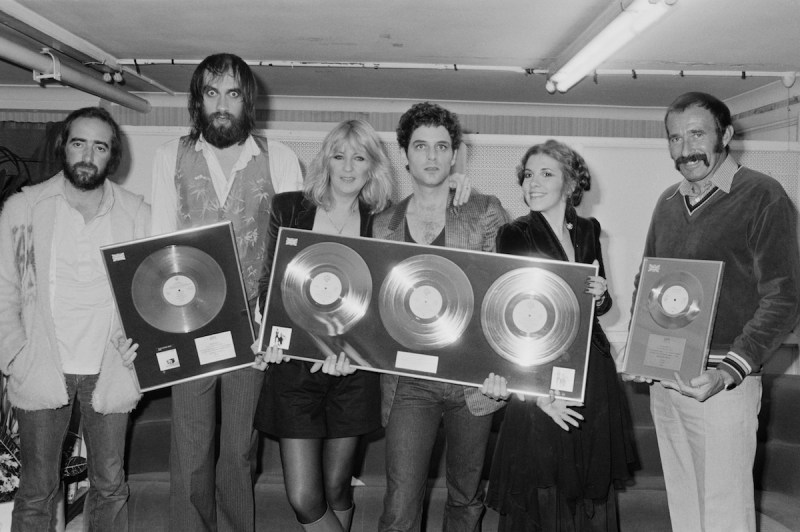 Many Members Were Left Behind. Eleven other people were in Fleetwood Mac at various points, most notably Peter Green (who actually founded the group) and Bob Weston (who was sacked for an affair with Fleetwood’s wife). That’s worth noting because …

Fleetwood Mac Was All About Failed Relationships. At one point, the group consisted of two couples, with the McVies and Nicks-Buckingham. Both relationships would fall apart, inspiring many songs. And Fleetwood did his best to contribute to the romantic chaos, having an affair with Nicks and getting married and divorced four times, including twice to the same woman.

Drugs Definitely Shaped the Creative Process. A sound engineer estimated that, over a period of 20 years, Fleetwood personally snorted the equivalent of seven miles of cocaine. While the others may not have consumed at quite this herculean level, they surely traveled a few yards of their own. Indeed, the group wanted to thank their drug dealer in Rumour‘s liner notes, declining to do so only because he was murdered.

There Was a Battle for the Writers to Get Songs on the Album. The final totals: Christine McVie had four, Nicks had three, Buckingham had three, and the group shared credit on “The Chain.”

‘Rumours’ Sold a Frightening Amount of Copies. By 1997, it was estimated that the band had sold 25 million copies of Rumours worldwide. Incredibly, it’s sold another 20 million in the two decades since. While sales were occasionally boosted by events such as being featured on TV’s Glee, its incredible longevity is due mostly to the fact that, 40 years later, it remains one of those albums that never goes out of fashion, like the Eagles’ Hotel California. (Which came out two months earlier.) Below, listen to the Rumours single “Dreams,” their first—and still only—No. 1 in the U.S.