Before Blue Öyster Cult Lost Their Way, They Led Greasers to Paradise

“Don’t Fear the Reaper” is only a small sliver of an underappreciated band’s legacy.

The trailer for the new film Cold Pursuit prominently features the Blue Öyster Cult classic, “Don’t Fear the Reaper” — a magnificent shiver of a nail strip on the highway between the planetarium in the good part of town and the liquor store in the bad part of town.

That’s because Blue Öyster Cult are one of the five best rock qua rock bands of the first half of the 1970s (right alongside Mott the Hoople, and just a little ahead of Thin Lizzy and the Sensational Alex Harvey Band). In fact, they are not only one of the definitive heavy metal bands of all time, they’re one of the best.

They scratched our souls, and they summoned the dark detritus of our lusts and the gruel of our spleens.

Friends, there is a shivering, shuddering, suffer-surfing smokestack and coalface hammer-song prison chant vein in the greatest rock’ n’ roll. Oh, the sound made by that historic pile of grease, shame disguised as pride, and dry-hump rage! You uncover it when you search for the Ark of the Covenant, but only find Eddie Cochran’s Brylcreem and the unpaid royalties of the Collins Kids.

To fully appreciate this importance, let us voyage to Axum, a city in northern Ethiopia that has been scarred and buttressed by history. The hands of the maker of heaven and hell have played in Axum’s sandbox for 10,000 years. Let’s go to a simple stone building – why, it almost looks like a pocket-sized version of the Second Temple in Jerusalem, and that’s no accident – called the Chapel of the Tablet.

In 948 B.C.E., Menelik I, the Emperor of Ethiopia and the son of King Solomon and the Queen of Sheba (and the very first in the Imperial dynasty that eventually gave us Haile Selassie), hid the Ark of the Covenant within these walls. They say it still is hidden there.

Some say God can also be found there. 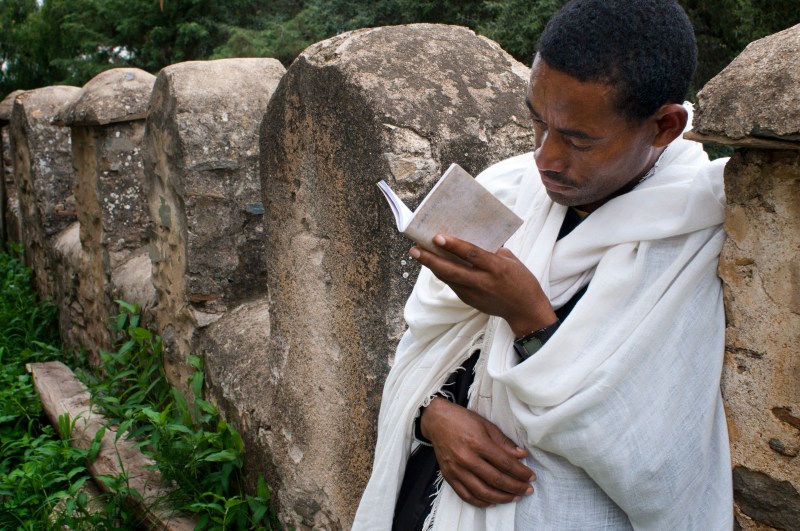 Sometimes, I like to picture a half-acre red clay lot.on the southwestern side of the Holy Chapel in Axum where the Ark lives. Spotted with thin, gray-green ericaceous scrub, it is littered with the wooly stubs of Marlboros (and some Merits), and an impressive assortment of crushed Budweiser and Dr. Pepper cans (these are scattered and stacked so voluminously that they defy litter, and are now art). Here and there a few bruised and gap-toothed combs lie, reflecting the high, harsh sun.

This is a holy site for the wandering souls of Greasers.

If you are of a certain age, you recall the fantastic Greaser subculture, a species that has, sadly, largely vanished from the Earth. In my High School, they gathered in the parking lot, the windows rolled down in their gleaming Cutlasses, Mustangs, and Buick Electras, with the radios blasting WCBS 101. Some feared them, but I respected them: They hated ELP as much as I did, and they understood that you could reach enlightenment via the mantra, “Awopbopaloobop Alopbamboom.”

The Greasers were basically punks before there were punks; and more importantly, they were punks without all the art school nonsense — without the stink of NYU and “OhhhhhaveyouseenthenewWenders?” that so many of us arseholes brought to punk.

The Greasers, although pledged to the music of the past, needed a modern band to call their own, to be their Albion and their Jerusalem, to be their Rosebud, their púca, their spirit guide in leather and mirror-shaded aviator glasses. They needed something that was virile, visceral, and musically allegiant to Awopbopaloobop, but just as committed to getting really excited about the technical specifications of classic World War II fighter aircraft.

That band proved to be Blue Öyster Cult. 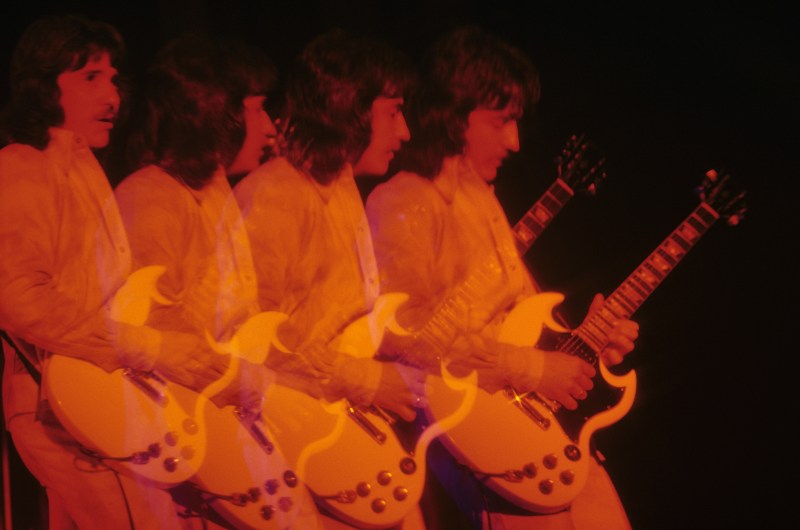 First and foremost a space boogie band for astral greasers, BÖC took the only thing that was good about the Grateful Dead — the star-dusted arpeggios — and bizarrely, morphed this with MC5. There was also an allusion to the Doors’ musical darkness and pretension in the raison d’etre, plus a couple of tablespoons of Steppenwolf, a soupcon of Sabbath, and a nod to Deep Purple. Perhaps most peculiarly, the band appears to have been big fans of the Move (a riff in “Hot Rails to Hell” is fairly clearly borrowed from “California Man”). Mostly, with their songs about the muggers on the stairway to heaven, BDSM, the evil gleam in technologies’ eye, and, believe it or not, the Third Reich, Blue Öyster Cult were a profound contradiction to the musical landscape around them.

At their best — and that’s pretty much any time prior to 1976 — BÖC sound like some kid who is in their first year at Columbia, and when their high school girlfriend came to visit, they sold her into prostitution for a couple of bags of heroin, a Les Paul, and some Canned Heat and Gene Vincent albums. Then the kid gets really high, but it’s a bad, dark high, the kind of high that feels like coffee grounds at the bottom of a serial killer’s coffee mug, and their only way out is inventing heavy metal.

The first three BÖC albums are essential texts (especially Secret Treaties, which is nearly flawless), full of darts and barbed wire Slinkys. All sound like some Punk Rockers and acolytes of NWOBHM getting into a fight over a truck full of Sudafed while doused with itching powder, and taking occasional breaks to smoke opium and look at the stars (truly, that is what they sound like).

But what does this have to do with our Greasers?

The Greasers are in the Bardo state, neither here nor there, because Blue Öyster Cult let them down. In first half of 1970s, BÖC were the manifestation of the Greasers’ safe place mantra of Awopbopaloobop, yet they also represented the Greasers’ hope for the war-science of Atomic Age boogie.

But at BÖC’s highest moment, Alberich, the Nieblung Dwarf with a cigar and the limo, appeared. Nothing was ever the same after that.

Blue Öyster Cult tasted the apple of Lady Radio on their fourth studio album, 1976’s Agents of Fortune, a record which successfully integrated BÖC’s roar and ramalama with a distinctly more commercial formula (it also contain that most famous of songs). But after Agents, instead of finding a way to continue integrating their modus operandi of sparks, hash-oil and old episodes of World at War within a more commercial format, the band chased radio as fast and desperately as they could.

Rarely does a band creatively fall so far, so fast.

While 1977’s Spectres is about one-third worthwhile, that’s virtually the end of the story: When the Ark’s guardian monk makes his BÖC Spotify playlist, only about three or four songs off of the next five albums (after Spectres) merit inclusion. They made a slight – very slight –return to form on 1988’s Imaginos, on which they gamely attempted to summon the spirit of classic BÖC, but failed to muster the tight musical fury.

For a short while during the period future generations will call “The Carol Burnett Era,” Blue Öyster Cult touched the hem of god’s leather jacket, creating shocking and enchanting hard rock that improbably bridged Johnny Burnette, Eddie Cochran, the Doors, the Dead, Funhouse-era Stooges, and the frantic, shrill drill-shriek of the Damned.

True, lured by the almond eyes and Willendorf curves of Mammon, they left the Greasers to wander in a netherworld, becoming jerky-gnawing Hungry Ghosts. But for a sparkle in time – Blue Öyster Cult, Tyranny and Mutation, Secret Treaties, and the breathless, horseradish-inhaling live album, On Your Feet or On Your Knees (one of the ten best live albums ever recorded), BÖC were absolutely singular.

Any lover of rock’ n’ roll needs to learn the story before the Hit.