Why 1977 Might Be the Greatest Year in Music History

It's usually associated with disco or punk, but that glazes over great music from a whole mess of genres. 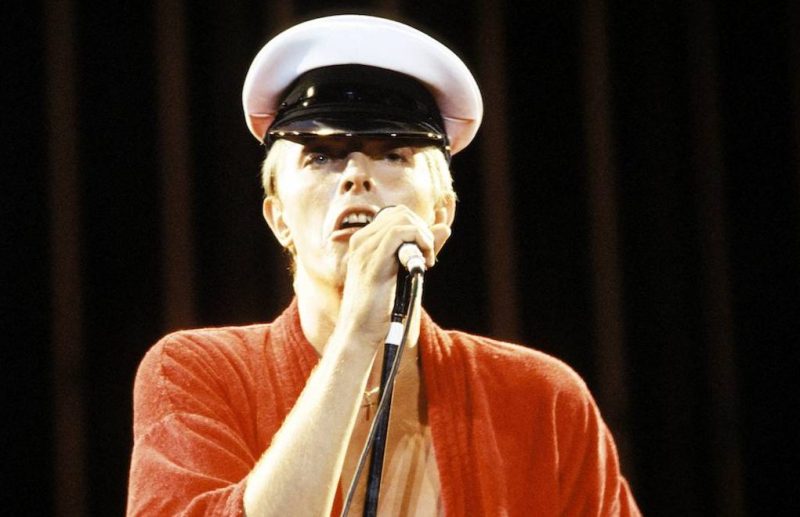 David Bowie performing on the Low/Heroes World Tour of his two 1977 albums at R.A.S. Showgrounds in Australia on November 24, 1978. (Bob King/Redferns)

1977 is a year that tends to be associated with either disco or punk, but this ignores a shocking amount of great music from a whole mess of genres.

The oversimplification makes sense: on the one hand, the soundtrack to Saturday Night Fever brought disco out of the clubs and dumped it pretty much everywhere. (Leading many people to go from “What’s disco?” to “Disco sucks!” at record speed.) Meanwhile, future Rock & Roll Hall of Fame inductees the Clash released as the B-side of their first single a song called “1977,” announcing punk was taking no prisoners with a chant of “No Elvis, Beatles, or the Rolling Stones.”

Even so, this results in other offerings being overlooked. (Which is weird, because it was a year that saw some of music’s most successful artists release some of their biggest hits.) Here are just a few of the highlights of 1977.

Roughly five months after the Clash song, Elvis Presley passed away. His final album, Moody Blues, came out this year. A minor work by the King’s regal standards, it still includes a great single, “Way Down.” 1977 also saw the last Lynyrd Skynyrd album to feature lead singer Ronnie Van Zant, who died in a plane crash days after the release of Street Survivor.

England unleashed three of their most celebrated artists on the world, as the Clash, the Sex Pistols, and Elvis Costello put out their debut albums. Meanwhile on the U.S. side of the pond, the Talking Heads released their first album, Talking Heads: 77, featuring the single “Psycho Killer.”

Those Taking It to Insane New Levels

RCL already covered Fleetwood Mac’s Rumours, which has sold 45 million albums and counting. This year the Piano Man also officially established himself as a superstar. Coming off 1976’s Turnstiles, which didn’t even reach the Top 100, Billy Joel did just a little bit better with The Stranger. With singles “Just the Way You Are,” “Only the Good Die Young,” “Movin’ Out,” and “She’s Always a Woman to Me,” it was essentially a Greatest Hits volume in a convenient album form.

What’s better than a year with a brilliant new David Bowie album? How about one when he releases two: Low and Heroes. The Ramones put out arguably their masterpiece with their third record, Rocket to Russia.

The legendary Jamaican trio the Wailers broke up back in 1974, but that just led to the release this year of three strong solo albums: Peter Tosh’s Equal Rights, Bunny Wailer’s Protest, and Bob Marley’s Exodus. Even Germany got in on the act with Kraftwerk’s Trans-Europe Express album, which helped shape pop and even hip-hop thanks to being sampled on tracks like “Planet Rock.”

Okay, now that everyone’s had time to calm down, let’s admit it: this movement produced a lot of enduring music. Saturday Night Fever featured only six songs performed by the Bee Gees, but to this day they’re known by most of the planet: “Stayin’ Alive,” “Night Fever,” “How Deep Is Your Love,” “More Than a Woman,” “Jive Talkin’,” and “You Should Be Dancing.” Yet disco’s highpoint likely came from a different artist that year, with Donna Summer’s hypnotic single, “I Feel Love.” (Its fans include Bowie and Brian Eno, who described it as “the sound of the future.”) Listen to it again below. Then to experience the full range of the year, at the bottom hear the Clash’s “1977,” which could not be more different yet in its own way remains equally memorable.