The 20 Movies You’ve Gotta See Between Now and August

Ten blockbusters. Ten sleepers. In other words: something for everyone. 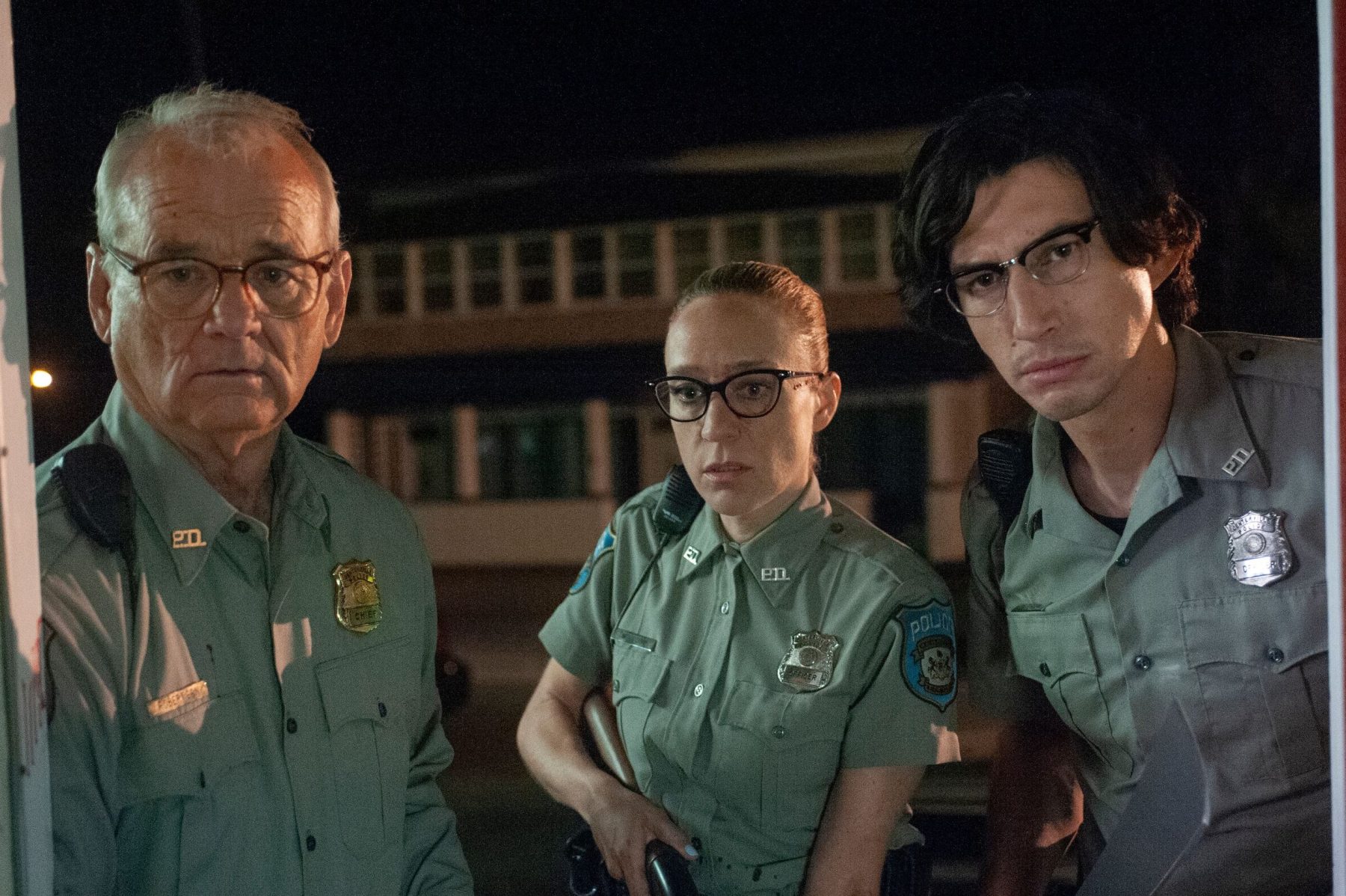 But we’re calling this weekend the start of summer movie season regardless, because the first proper summer blockbuster of 2019 — Avengers: Endgame — comes out tomorrow.

It’s one of 10 big-budget films we recommend seeing this summer, which we’ve paired with 10 indies, foreign films and offbeat comedies of equal interest in our annual summer movie guide.

Whether you’re looking for a gender-reversed Superbad, a horror-superhero hybrid or Jim Jarmusch’s interpretation of a zombie film, something for everyone most definitely awaits.

Break out your calendars and red markers.

Blockbuster: Avengers: Endgame
Early reviews put the (relative) end of Marvel’s Phase 3 somewhere between best movie ever and the totem of a new religion. No spoilers or plot points here, but we’re just gonna say the best theory all the living heroes defeating Thanos is deservedly titled “The Thanus Theory.” See it in 3D IMAX and remember to pee beforehand; this epic is three hours and change, not including previews.

Blockbuster: Long Shot
The tale of a scruffy journalist (Seth Rogen) chasing after his first crush/potential future president (Charlize Theron) should provide some stress-free laughs a few months before we have to really think about 2020. Admittedly, the first trailers are pretty slapstick heavy, but decent early word and director Jonathan Levine’s above-average track record (yes to Warm Bodies and 50/50, no on Snatched) gives us hope.

Sleeper: Non Fiction
French filmmaker Olivier Assayas cut his teeth making intimate, quiet films about ordinary people in very extraordinary circumstances: in Demonlover, Chloë Sevigny and Gina Gershon work for two rival fringe pornography sites; in Personal Shopper, Kristen Stewart is a celebrity’s assistant who can talk to ghosts. Non Fiction looks like a departure from those roots: it’s a comedy about a middle-aged writer and editor navigating a dying industry and the banalities of married life.

Blockbuster: John Wick: Chapter 3 – Parabellum
When we last left Keanu Reeves’s lone-wolf super killer, John Wick was excommunicado from the Continental and had a $14 million price tag on his head. Early footage on third movie shows Wick leaving New York at some point (a shame, given that the first two films incorporated the city so brilliantly), but Wick now has some major help from a hitwoman pal (played by Halle Berry). Also, love the Matrix shoutout.

Sleeper: The  Souvenir
Winner of one of the Grand Jury Prizes at Sundance, The Souvenir is a loosely autobiographical film from British director Joanna Hogg starring Tilda Swinton and her daughter, Honor Swinton-Byrne. The younger Swinton stands in for Hogg, playing a blue-blooded film student who’s too green to break things off with an abusive and disaffected partner. Think Phantom Thread set in the 1980s.

Blockbuster: Brightburn
An alien child crashes down to Earth, is taken in by a young Kansas couple and begins to show some unusual abilities. But it’s not Superman, it’s a straight-up horror film. This quite specific assault on Zack Snyder’s recent DC films (the trailer begins with almost a shot-by-shot takedown on Snyder’s Man of Steel) marks the creative return of embattled director James Gunn (Guardians of the Galaxy), a producer here on a really dark screenplay by two of his brothers.

Blockbuster: Booksmart
Olivia Wilde’s feature-length directorial debut follows the graduation-eve adventures of two bookish girls who decide to go finally have the same fun as their peers (as one rightly notes: “Those incredibly irresponsible people also got into college”).  It’s a bit of a gender-reversed Superbad, but the trailer is great and if you really miss boys being bad, the like-minded Good Boys is opening in August (when we say like-minded, we mean they even use the same soundtrack).

Blockbuster: Ma
If Jordan Peele and John Krasinski can remake themselves into masters of horror, no reason to think actor/director Tate Taylor (Winter’s Bone, The Help) can’t do the same. Here, Taylor re-enlists the help of Academy Award winner Octavia Spencer as the den mother of a group of teens who turns out to be (surprise) very, very disturbed.

Sleeper: The Last Black Man in San Francisco
Another Sundance darling, this time the debut film from Joe Talbot and Jimmie Falls (the former directs, the latter stars; they co-wrote the screenplay). It’s nominally about a young black man who wants to reclaim the childhood home his grandfather built. But the immaculate trailer hints at a richly shot, excellently scored character study about a man trying to understand his place in contemporary America.

Sleeper: Papi Chulo
After a bad breakup and an ensuing on-air meltdown, a gay weatherman in L.A. decides to bunker down in his home for a while to do some renovations. He recruits the help of a middle-aged Latino immigrant who speaks no more than a few words of English. Nonetheless, they forge a friendship.

Sleeper: The Dead Don’t Die
The next film from beloved American indie auteur Jim Jarmusch looks decidedly more audience-friendly than the oddball comedies he’s known for. The grade-A cast includes Tilda Swinton, Steve Buscemi, Tom Waits, Danny Glover and Rosie Perez — at least some of whom will at some point become the flesh-eating undead who local police officers Adam Driver, Bill Murray and Chloë Sevigny are charged with eradicating.

Blockbuster: Toy Story 4
Didn’t we have a perfect ending to Toy Story? Nonetheless, the fourth installment adds a new character (the homemade spork/toy “Forky”) and a road trip with some existential overtones (“kids lose their toys everyday”). And it should make up for Will Smith’s Aladdin.

Sleeper: Midsommar
It didn’t take Hereditary director Ari Aster long to make his second film — yes, it’s another horror, and unusual to the genre, it takes place in broad daylight, on the longest day of summer in Sweden. A vacationing American couple is there to attend the summer festival. Instead, they stumble onto a nefarious pagan cult.

Sleeper: The Art of Self Defense
In this dark comedy, Jesse Eisenberg stars as a neurotic young man who is afraid of the world, and thus decides to take up martial arts for his own self-preservation. If Noah Baumbach did a remake of Karate Kid, you’d probably get something like this.

Sleeper: The Farewell
In 2016, Lulu Wang appeared on NPR’s This American Life to tell a curious story of cultural dissonance: the time that her Chinese family decided not to tell their matriarchal grandmother that she’d been diagnosed with a terminal illness, instead staging a wedding so that they could reunite with her one more time before she passed away. That story is now Wang’s second feature film, starring rapper Awkwafina in the lead role.

Blockbuster: The Lion King
If any of the new live-action adaptations of Disney classics are going to work, we’re guessing it’s this take by Jon Favreau, which features an all-star voice cast both old (James Earl Jones) and new (Donald Glover, Seth Reogen, Beyonce, Billy Eichner).

Blockbuster: Once Upon a Time in Hollywood
While the last thing we need is another take on the Manson murders, early footage shows writer/director Quentin Tarantino rightfully highlighting Brad Pitt, who plays a stunt double and does “cocky” about as well as anyone (see Inglourious Basterds, Ocean’s Eleven, etc.). Could be a dark yet fun ensemble piece — plus, what other historical drama could meld together Bruce Lee, Abraham Lincoln, Mama Cass and Steve McQueen?

Sleeper: Skin
Based on Erasing Hate, a 2011 TV documentary produced by MSNBC, Skin chronicles the life of Bryon Widner (played here by Jamie Bell), a skinhead-turned-father who vows to divorce himself from his hateful past.

Sleeper: The Nightingale
The Babadook director Jennifer Kent returns with her long-awaited second film, this one a period revenge film about an Irish convict trying to hunt down her family’s tormenter in 19th-century Tasmania.