Solid gold Rollies and a hot pink Rolls Royces? The annual event had it all.

Since the 1920s, Rolex has produced rugged tool watches that simultaneously serve as luxurious timepieces. Few events better showcase the harmony between these twin characteristics than the The Quail, A Motorsports Gathering, the weekend-long culmination of the world famous Pebble Beach Car Week. It was there among one-off coach-built Dusenbergs and vintage Le Mans-winning Ferraris that Rolex’s long-standing integration with motorsports revealed itself as a perfectly natural fit.

This synergy between ruggedness and elite luxury is exemplified by the tradition of developing racing cars in order to advance innovation in high-performance luxury cars for the street. Ferrari is the most famous practitioner, but Lamborghini, Maserati, Alfa Romeo, Porsche, Audi, BMW and Mercedes have all participated. From its inception, Rolex has similarly been developing cutting-edge high-performance technology for extreme endeavors in order to better serve the discerning luxury watch consumer.

This parallel evolution with the finest automobile companies sets Rolex perfectly at ease in a realm where cars change hands for tens of millions of dollars and one-off Paganis are parked unattended on the street during California’s rather late dinner hour, but also at the Weathertech Laguna Seca Raceway as vintage race cars roar through the dangerous corners, fouling the desert air with spent fuel.

The fusion of ruggedness and luxury was on display everywhere you looked during The Quail weekend, from the cars to the watches to the varied fashion — the latter a veritable postmodern kaleidoscope of ideas about getting decked out to be seen.

On Friday morning, those able to secure one of the four-figure tickets to enter the concourse at Carmel’s Quail Lodge & Golf Club — known among all attendees as The Quail — tend to dress up as if The Kentucky Derby had dumped the Mint Julep, moved to California, and picked up the Martini — or, as some outfits suggested, a cannabis habit. The sense of occasion at The Quail is palpable, as is the desire among attendees to be noticed and admired. “You look fabulous!” I would say to a complete stranger head-to-toe in Gucci. “Why thank you!” they’d reply while straightening their backs for my camera.

Of all the watches I saw, I’d estimate that around 80% of them were Rolexes, with a shocking number of 2022 models that most people have never seen in person before, let alone had the opportunity to purchase. Among so many examples, however, the status flex hardly registered. The latest Rolex is just what you wear to The Quail, of course, though vintage pieces have their place as well.

The rugged side of Rolex was also in evidence at The Quail. I was standing next to the incredible Singer Vehicle Design Turbo Study — a meticulously recreated Porsche 911 Turbo that seemed to glow from within — when a gentleman stepped in front of me wearing a 2022 green and black Rolex GMT Master II with the crown on the left side. Obvious was the similarity between this gorgeous Porsche which can rip insane lap-times while drifting its rear wheels and this shimmering Rolex which can withstand extreme magnetism, temperatures and water pressure while performing within +2/-2 seconds per day. There are fancier, more expensive watches one could wear to The Quail during car week, but a brand new Rollie will always suit the spirit of this occasion.

Some of the older vehicles called for vintage watches, however, such as the 1974 Ducati SuperSport 750SS on display. This specific model is broadly considered Ducati’s masterpiece, and the example at The Quail is the only one known to exist in fully unrestored, original condition. This bike had been shown at the Guggenheim in New York City and was drawing quite a crowd in California that day.

On Saturday, I was off to Weathertech Raceway Laguna Seca for some vintage car racing and to meet Rolex Testimonee Tom Kristensen, the record-holding nine-time winner of 24 Hours of Le Mans. Laguna Seca is an aberration among race tracks, legendarily harrowing for its famous “corkscrew” which drops 60-feet in elevation as it twists and turns. Constructed in 1957, this wild track has seen its share of racing with mechanical timepieces on the wrists of drivers, and we were in for a treat as vintage cars of the mechanical era took to the track.

Kristensen is an expert driver who, when asked about racing, begins speaking at length with surgical focus and effervescent passion. Dutch, strikingly handsome, and clearly still in possession of a fiery competitive spirit, Kristensen makes his solid gold Rolex Daytona look about as good as such a watch can look. The man is the embodiment of rugged elegance. His spirit glistens with having risked his life for a living and having repeatedly achieved greatness doing so. He’s an ideal spokesperson for Rolex, and in his role as Grand Marshall of The Quail, A Motorsports Gathering he appeared joyful, relaxed, confident and refreshingly humble. A well crowned king.

From a privileged vantage point high up in a tower at the top of the Corkscrew, Kristensen explained how a slew of vintage Mini Coopers and Alfa Romeos were entering the mad descent. Kristensen would compliment one driver’s approach, lament the next, and shrug off a middling performance. He charmingly carried a child’s curiosity, but he suffused that with a master’s insight into the art of navigating unruly cars through tight corners. 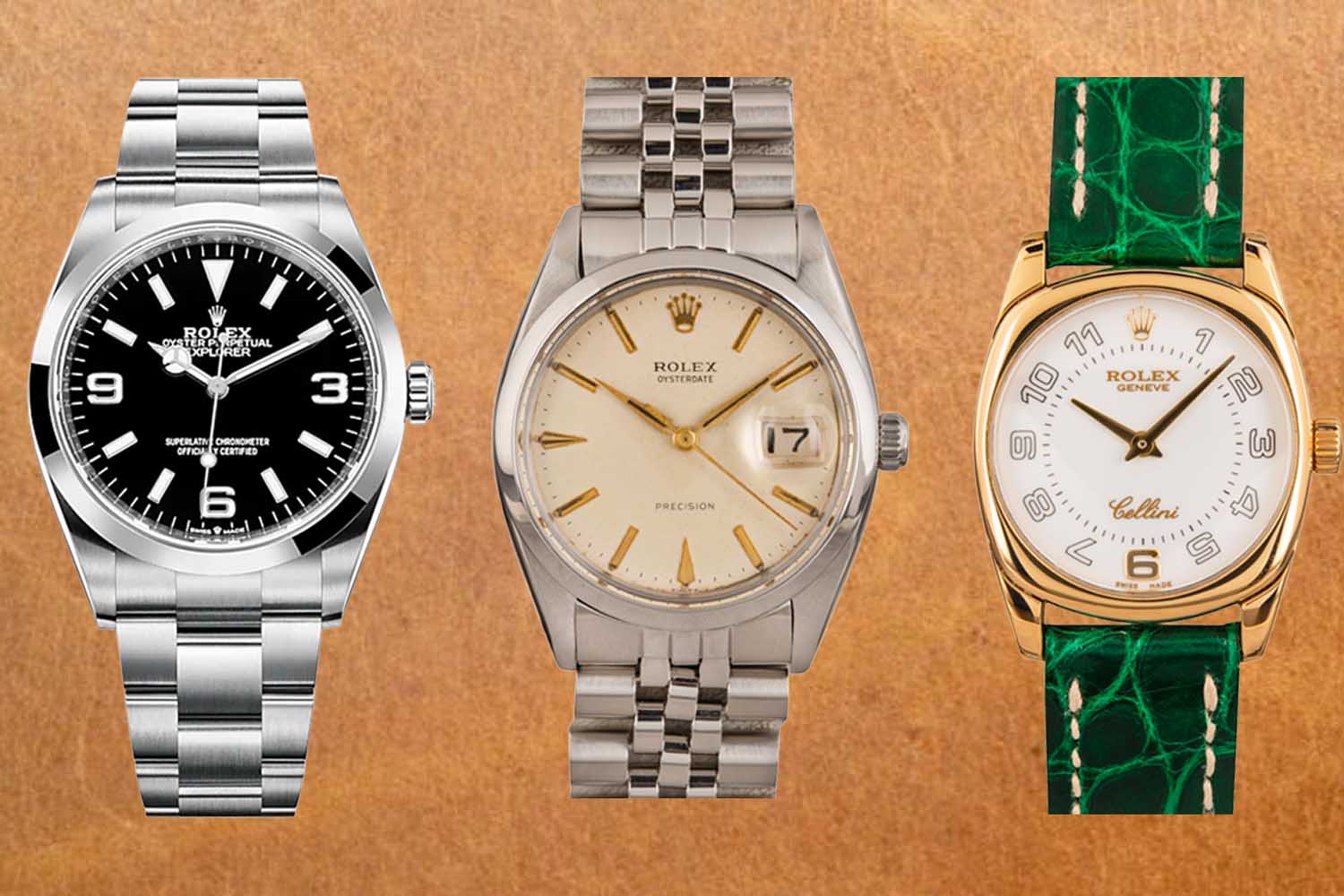 It was on Sunday, however, that I saw Kristensen light up even more brightly as a judge on the Pebble Beach Concourse d’Elegance. The day began at 5:30 am with Dawn Patrol, a parade of the world’s most significant, valuable, rare, and beautiful vintage automobiles rolling onto the grassy shore where they park in categories to be judged by people like Kristensen. Dawn Patrol felt religious. Here we were, Sunday morning, the marine layer casting a mythic, sublime scene, the near silence of a large congregation sharing reverence for what was unfolding. What didn’t feel like church was the roar of powerful vintage engines crawling in low-revving frustration along the wet grass. Among car enthusiasts, however, that sound carries spiritual overtones.

Like any competitive show – think Westminster Dog Show — there are winners in each category and one winner of the coveted Best In Show. Everyone is constantly talking about and betting on which car will win Best In Show, with those predictions often being bundled with lengthy explanations including deep provenance, historical significance, any recent change of hands via the previous night’s auctions, current valuation, and a sense of what this year’s judges might be looking for. I didn’t follow any of that very closely, but I did manage to call out two Maserati A6s from the 1950s as potential winners in the European Post-War Open category, which I can proudly report took 2nd and 3rd in their class…thank you very much!

Compared to The Quail, it’s much easier to get tickets for the Concourse d’Elegance at Pebble Beach, and accordingly it is more crowded. The outfits are more varied, with more people in casual modern weekend wear than decked out to the nines, but among those who did deck out there was quite a bit of eye candy on display.

But what’s fun about the Concourse at Pebble Beach is that you’re packed in together, literally rubbing shoulders with everyone, from the extra fancy folks parading around in wildly embroidered Gucci denim to those sporting the tech-industry’s quintessential Patagonia puffer and beanie against the brisk winds coming off the Pacific ocean. Both those suffering for fashion and those dressed warmly as mother taught them were sporting Rolex upon Rolex, as if somehow rocking the title sponsor’s watches brought one just a little closer to the magic of The Quail. Which, I was increasingly convinced over the course of the weekend, is probably quite true. Whether you’re swakned out in period garb at The Quail, sweating through your tee shirt at Laguna Seca, or shivering on the windy shore of Monterey at 5:30am, more than any other watch a Rolex chimes with the ruggedness and elegance of the occasion.