You Should Be Wearing Painter's Pants This Summer

These are the stainless, durable pants your closet is missing 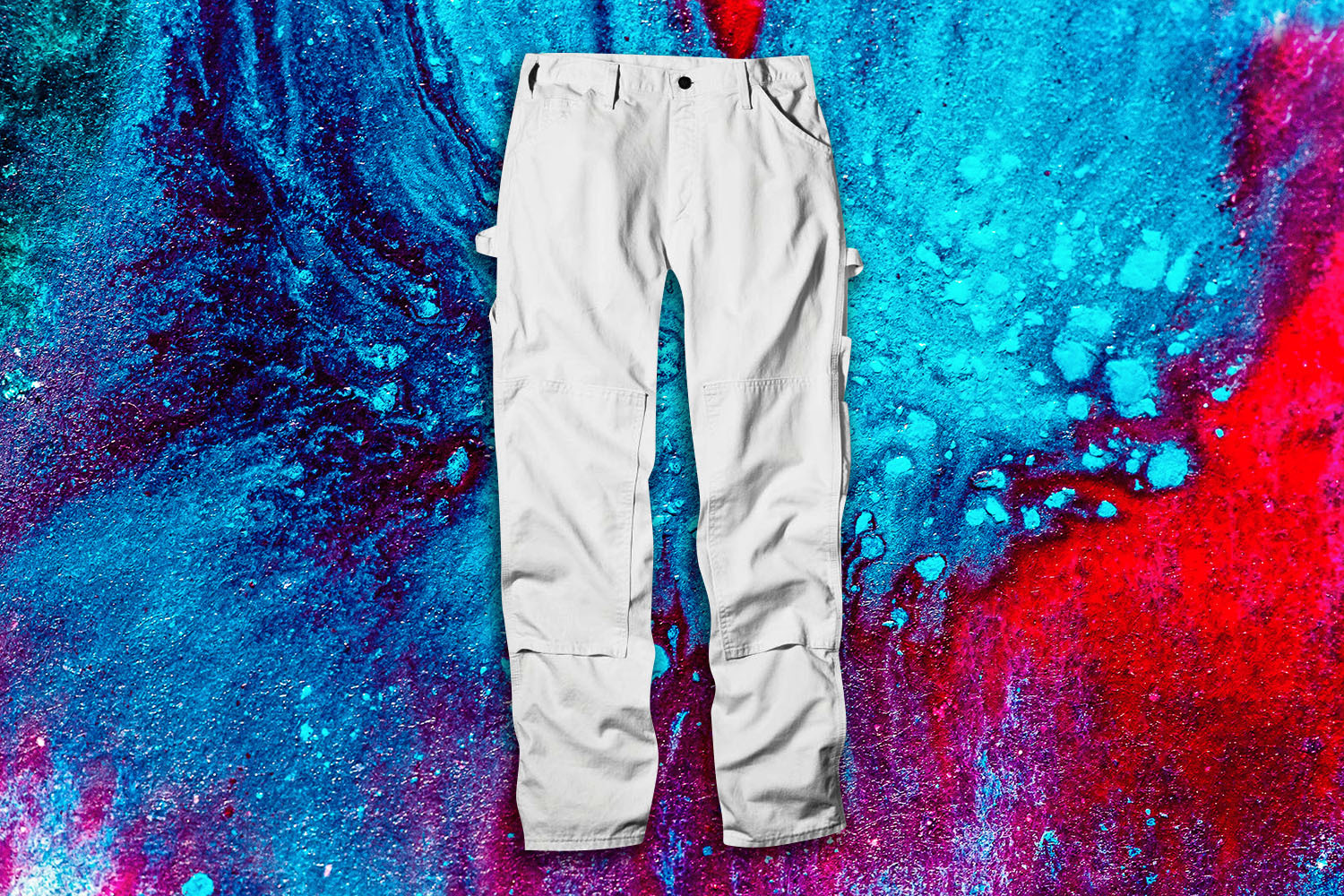 Coronavirus has forced us all to reassess what we wear and when we put it on. Gone are the suits and slacks, in are the sweatpants that nobody on the Zoom meeting can see. Yet for me, an evolution had started taking place before we all were forced inside. I started wearing painter’s pants, the perfect trouser for our quarantined summer

Before I fell into my full-blown painter style, I had already begun dabbling. I started noticing signs of being painter’s-pant curious around March, when a pair of Snow Peak natural-colored pants and some Wallace & Barnes multi-pocketed off-white trousers became staples in my rotation (one of my co-workers asked me “how many pairs of neutral-colored pants do you own?”).

I blame my girlfriend for my love affair with this particular type of utilitarian slack: there is a photo of the both of us the night we re-met (long story); we are both in our painter’s pants. She always had quite a collection of them, and I would stop at Dave’s and grab her a new pair of Dickies on my way home from work — about the same price as flowers — every few months.

I finally copped my first pair of the iconic Dickies early in quarantine. I was won over right away. Now I have three pairs. I know I’m hardly breaking new ground with my recent affection for these utilitarian trousers; the simple white or natural painter’s pant has gone in and out of vogue since at least the ‘70s.

Anatole Broyard described how the chic New York woman donned these simple pants in a 1977 New York Times article. “She wears painter’s pants — off‐white, cotton, wrinkled to a precise degree of casualness. They do not — are not supposed to — fit. Their texture is negligible, resembling thin canvas — and this, of course, is what they are: a canvas for incongruity. You can never wholly know me, she intimates. You can’t tell what I might do, where my whimsy will take me. I am your perennial surprise. There is a pun implicit here: woman as painter, a conceiver of scenes and visions, an interior decorator of our entire culture,” he wrote. It’s also worth noting that she is wearing a pair of $285 boots along with her painter’s duds. In that same decade, the white trouser became the de facto uniform of West Coast Rock Climbers, along with rugby shirts popularized by Yvon Chouinard and his fledgling outdoor company, which would become Patagonia. In the ‘90s, mall brands like Old Navy brought the style to the masses, and more recently, downtown shredder types and jawnz enthusiasts have both rediscovered the trusty trend.

Painter’s pants have a few key features, but probably the most important is the color. No one knows exactly why painter’s pants are white or natural colored, but the one accepted story is that in the 19th Century, union painters donned white to differentiate themselves from their nonunion — and paint-splattered — competition. The idea was that a skilled union painter would keep their whites clean of any paint. “Historically, because white was the most frequently used paint color, painters chose to wear white to minimize the visibility of wear to their work clothes,” Erica Tew, Design Director at Dickies, tells InsideHook.

Then there are the loops. Most people erroneously call them hammer loops, but actually, these are for painter’s rags. The other leg pockets — usually three or so in total — are for brushes and the ever-important paint scraper. Each brand combines these elements in slightly different ways, with different numbers of loops and pockets, but all are present in the designs.(Here’s a video of a legit house painter breaking down all the different styles and pockets.)

According to Dickies, they made the first pair of painters in the 1970s, when they merged their blue denim dungaree design with the fabric from their natural unbleached denim bib overalls. Now Dickies has a co-produced line with Sherwin Williams, and there are more brands and styles than you could imagine. For the purist, there are Dickies, both single– and double-kneed varieties in bright white and natural canvas. These are the cheapest pairs you could get, and the ones that I am partial to. If you want to go a bit more upmarket, there are Stan Ray’s: both their Texas-made and European-marketed offshoot are well made and look dead nice in tie-dyes or bleach stains. Then, of course, there are the true fashion brands making their own riffs on the classic, from Brain Dead to Snow Peak and this rather great-looking new brand Randy’s Garments. Even Todd Snyder has its own version of the painter pant, but like most of the fashion takes, they will cost you more than a gallon of Farrow & Ball.

For me, what makes painter’s pants so damn great is linked to the price. At under $30, they are the perfect canvas for any quarantine DIY. As a Dickies’ ad from 1955 put it, their white pants are “as easy to dye as an Easter egg… so buy ‘em white and dye ‘em right.” It’s a perfect quarantine craft. I’ve dyed a pair with turmeric and another in teal for my girlfriend. The second pair I bought I sent down to Pentimento in Georgia, where they added a double knee from a Nobilis toile-style fabric I had sent along. Currently, I am saving up my avocado pits for a new pair, and my girlfriend has a pair ready for an electric pink dye. If that level of DIY is not in your wheelhouse, you can also find pre-dyed Stan Ray’s from Riverside Tool & Dye.

To be totally upfront, I am not painting any houses (even if my girlfriend and I are starting to look like a couple that specializes in restoring colonial houses in New England), though I still have uses for all the pockets. When I venture out into the world, my side pockets always have my hand sanitizer — easier access than the front pocket — and my mask goes into another or tied around one of the loops. Sometimes I’ll throw some disinfecting wipes in another side pocket as well. This may sound silly, but it really helps me keep these new necessities close at hand.

The light canvas material and wider fit have also made them a breeze to wear in the summer. I rock ’em with everything, but I am partial to some crunchy Wallabees or soft Sperry Cloud CVOs along with Grateful Dead-adjacent tees and big button-down shirts (I also have a very rare Farrow & Ball tee when I want to flex a greater degree of authenticity).

The painter’s pants are the perfect base for summer fits that indulge your more creative side. Be it the humble Dickies or a pair of more fashion-forward painters, you can’t go wrong. Wear them in and let them get a few stains or keep them crispy white — they’ll look good no matter what. Most of all, have fun with them. Just because you aren’t climbing ladders doesn’t mean you don’t have uses for all those pockets and loops. Honestly, the possibilities are endless, so do yourself a favor and embrace the pants of summer.