Vintage illustration of an 'electronic car of tomorrow' driving on a city highway, with electronic display and guidance, 1950s. Screen print. (Illustration by GraphicaArtis/Getty Images)
Getty Images
By David Kiefaber 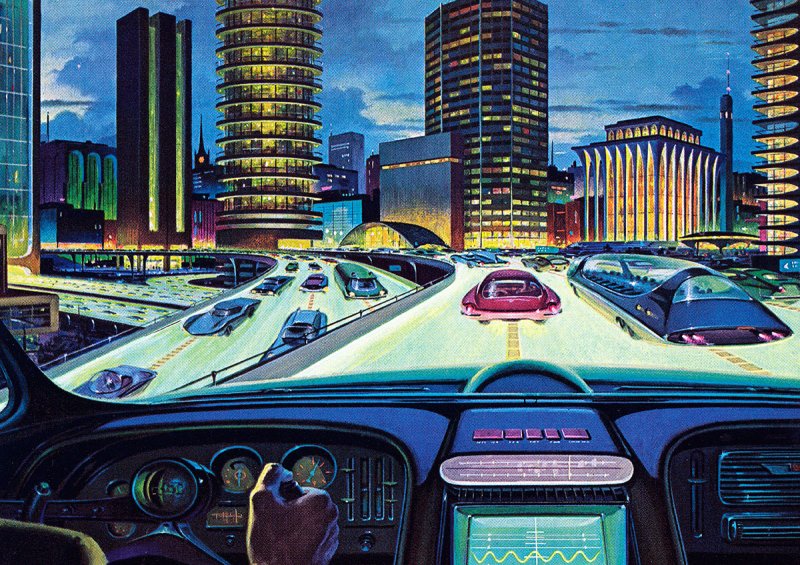 Inspired by rising housing prices in the Bay Area, the Internet’s impact on cultural participation, and technological advancements like self-driving cars and artificial intelligence, Y Combinator president Sam Altman has turned his attention to civic and urban planning. The idea, laid out in a mission statement on Y Combinator’s website, is to let technology guide the creation of new cities with more efficient infrastructure and social layouts.

“Our goal is to design the best possible city given the constraints of existing laws,” Altman says, and while he supports working within existing cities to improve and streamline them, he wants a “blank slate” approach to urbanism where new cities are built from scratch. He also clarifies that he wants to develop inclusive cities, and not “crazy libertarian utopias for techies.”

Altman’s first step is funding a study through non-proft organization YC Research that focuses on the abstract, high-level questions involved in civic planning—what should a city optimize for, what values should it build itself around, how can cities encourage diversity, etc—as well as more practical concerns like affordable housing, the roles of public and personal transit, and simplifying city laws without losing comprehensiveness. The project will move forward (or not) depending on the study’s results, and Altman plans to share those results publicly.

Altman’s plan comes during a flood of urbanist activity, with new cities being built in Egypt, South Korea, and India. Additionally, both the U.S. Department of Transportation and the National Institute of Standards and Technology are collaborating with tech companies (Amazon and IBM, to name two) on “smart city challenges.”