What the Hindenburg Looked Like Inside Before It Exploded 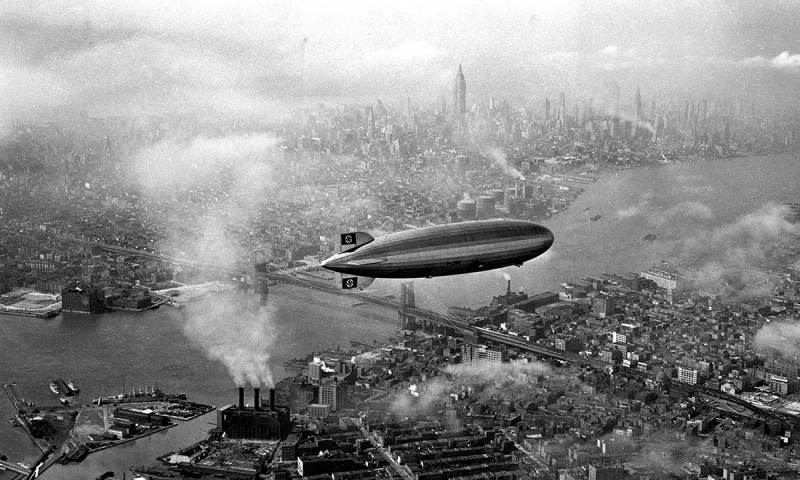 If you’re a history buff or a rock-and-roll fan that owns Led Zeppelin I, you’ll know what the Hindenburg air disaster looked like: It was forever captured in time in that horrific image (taken from a film, during which the commentator famously cries, “Oh, the humanity!”). That day in 1937, 35 passengers and one member of the grounds crew perished at Lakehurst Naval Airstation. And it all took place in just 34 seconds.

While it’s only recently been discovered what led to the explosive accident, one thing you’ll hardly think twice about is what the dirigible looked like in one piece. For one, it sported swastikas on its tailpiece, as it was the centerpiece of a fleet of German airships used during the rise in power of the Nazis, just before World War II. Hitler used it as a flying propaganda tool. 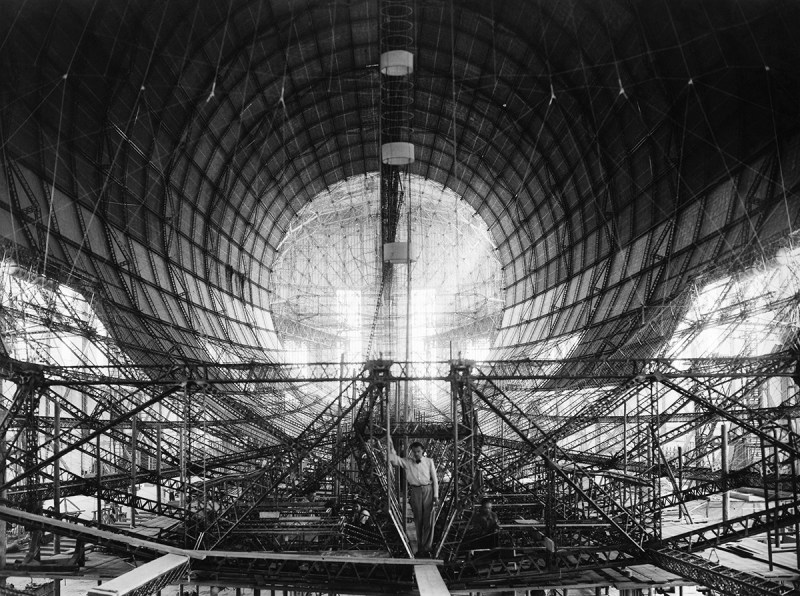 As Popular Mechanics rightly notes, one can’t help but be amazed that such a blatant piece of Nazi propaganda was allowed on U.S. soil, so close to WWII. But it wasn’t much of a symbol for long, as became clear on May 6, 1937.

The Hindenburg’s inside, on the other hand, was a luxury hotel or tiny city. Take a look at some vintage interior photographs of the famed blimp below. 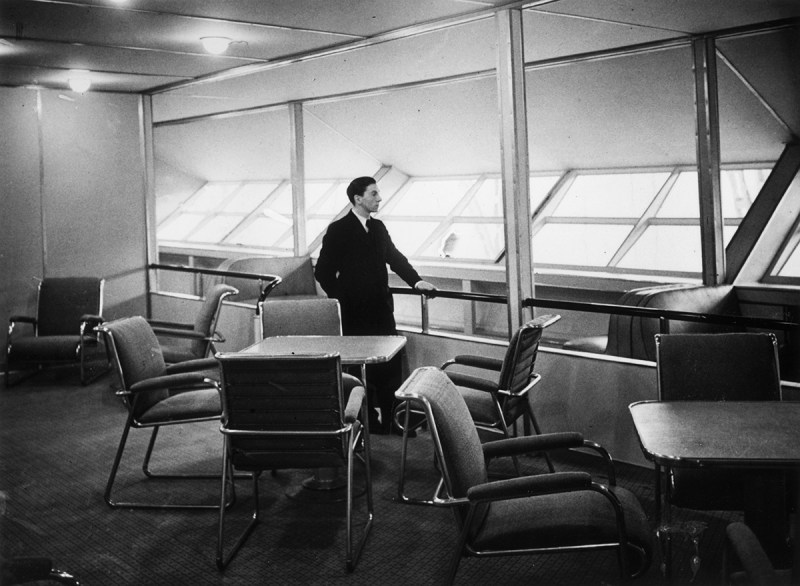 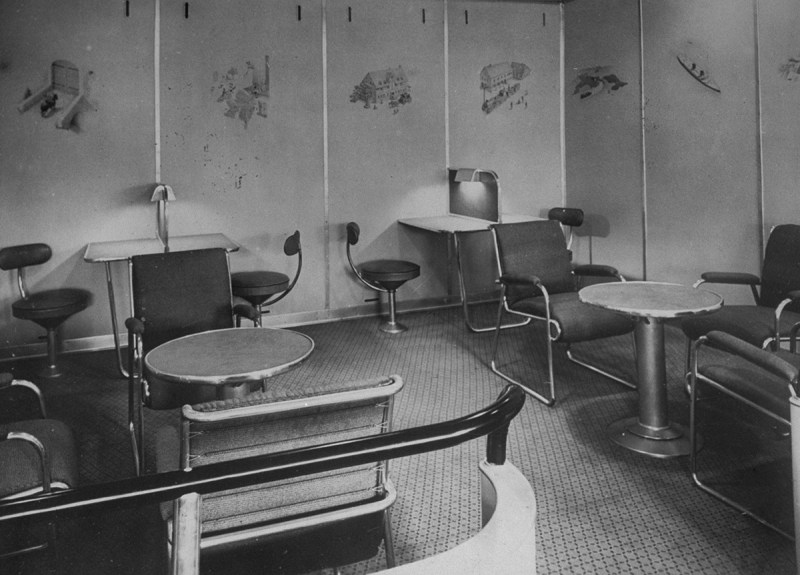 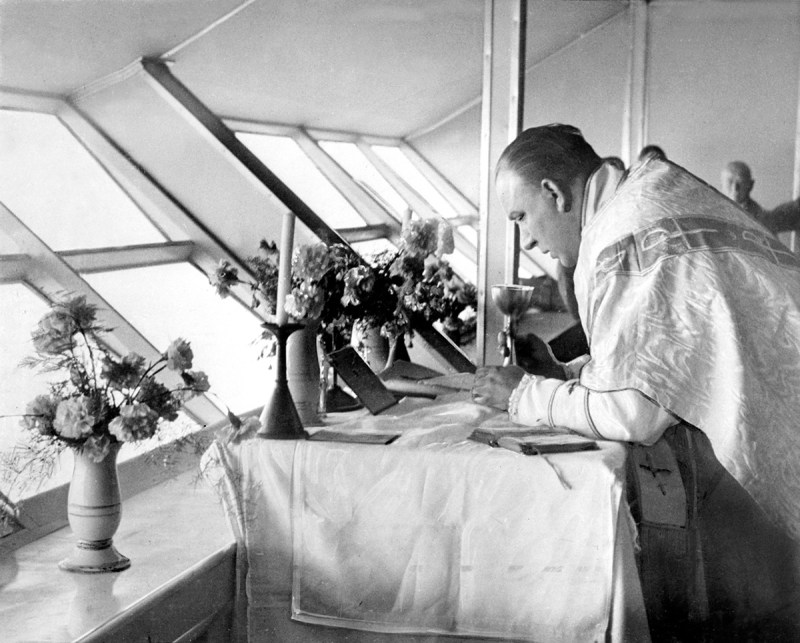 The Rev. Paul Schulte holds the first-ever mass on an airliner in the salon of the ‘Hindenburg’ as it soared over the Atlantic (Planet News Archive/SSPL/Getty Images) 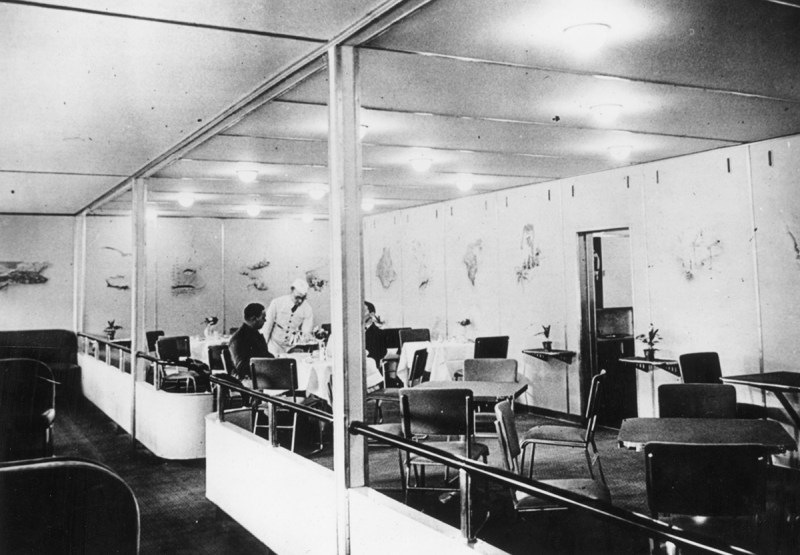 The dining room on the ‘Hindenburg’ (Fox Photos/Getty Images) 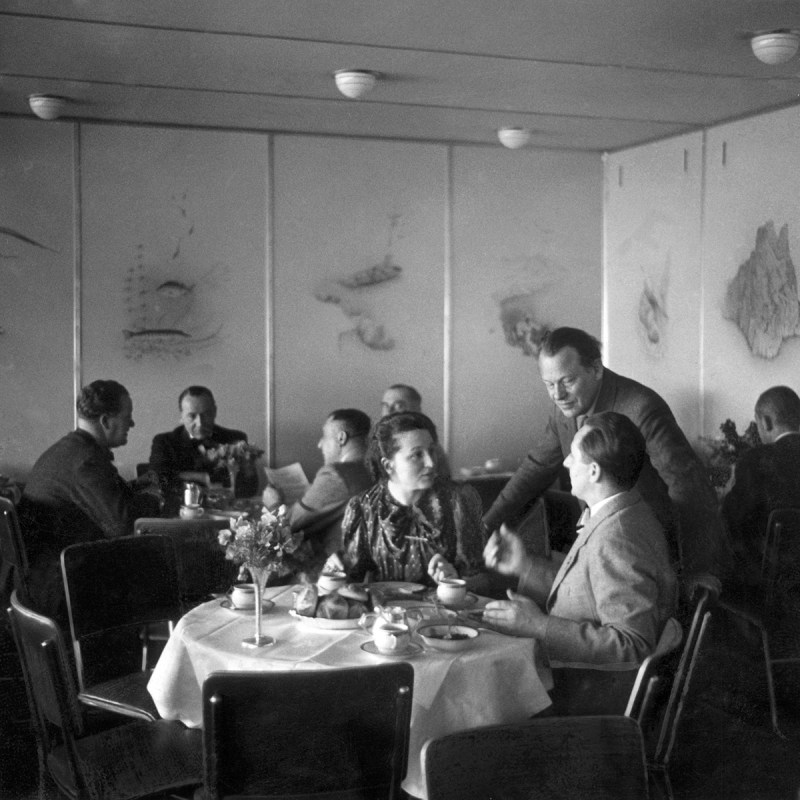 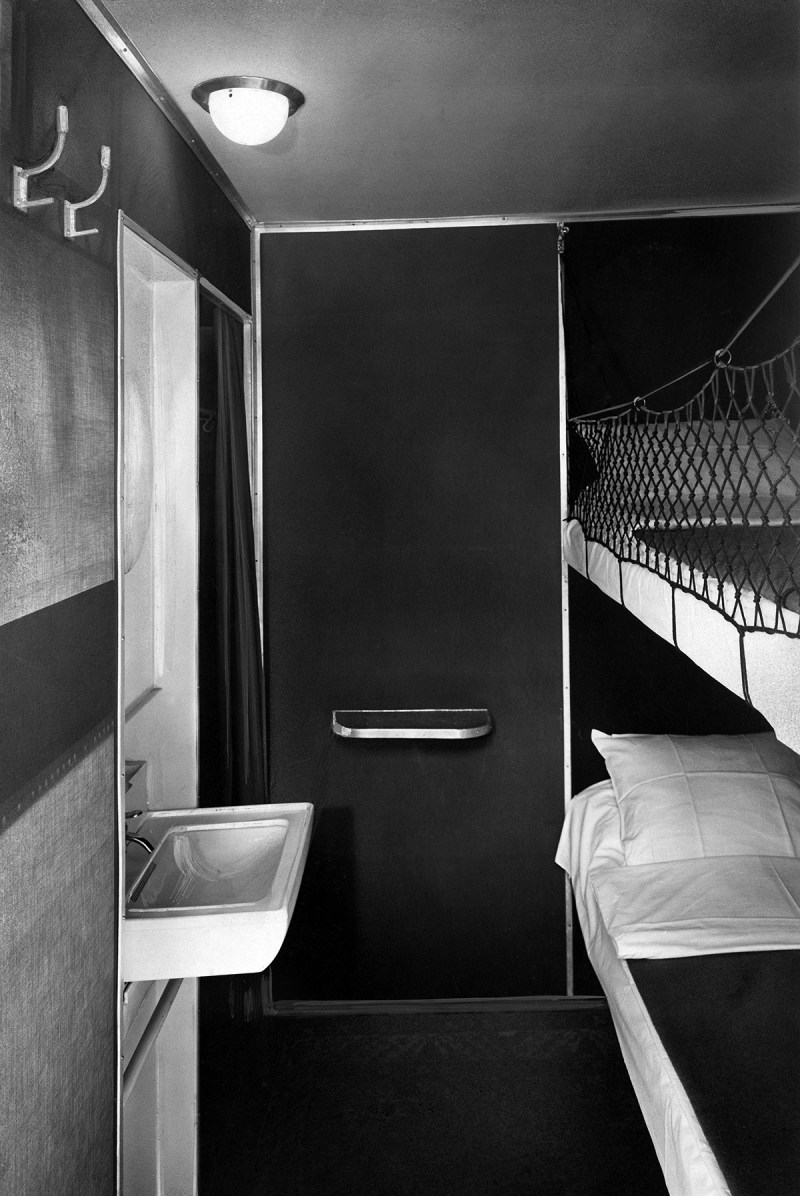 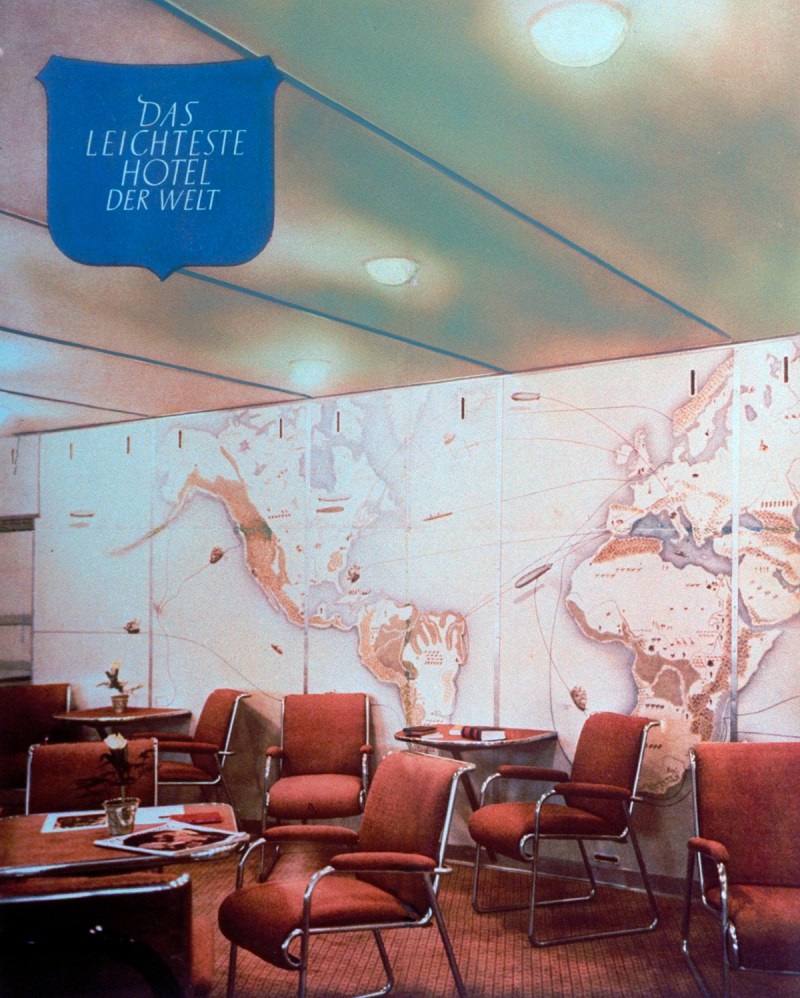