The pop-up arena has a virtual pacer on the LED wall around the track moving with runners.

The “Unlimited Stadium” features a continuous wall of LED panels that line the length of the 200-meter track. Virtual pacers follow alongside runners, pitting them in a competition against themselves.

Athletes are tracked on a RFID tag attached to their shoe. Once they’ve completed their first lap, a digital version of the athlete appears on the wall next to them running at their previous lap’s time.

If an athlete beats their old time, the virtual pacer will update with the new time, motivating runners to keep pushing themselves. The avatars get bigger as athletes run faster and farther along the figure-eight track, which can accommodate a race of up to 30 people. 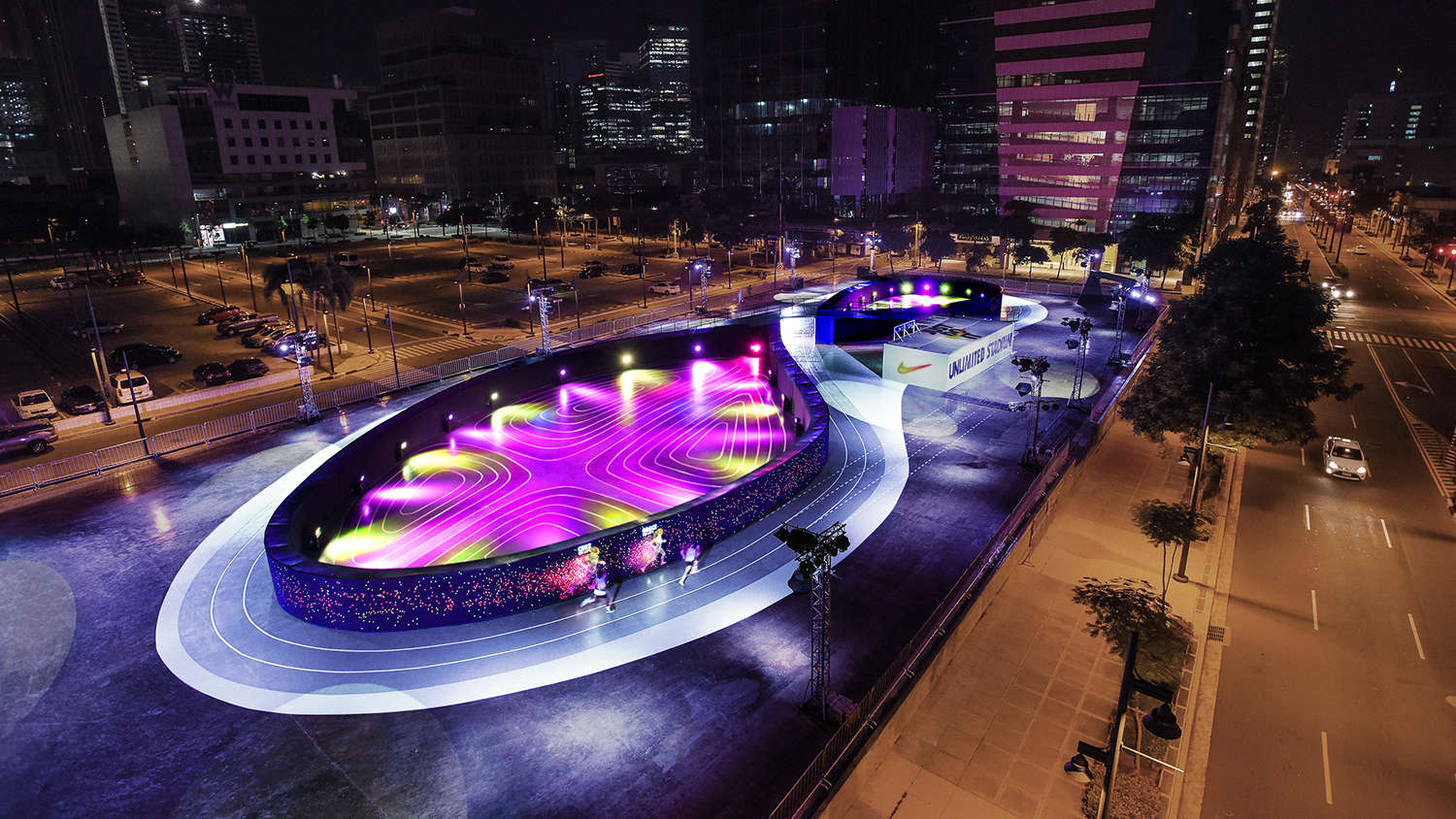 Nike’s high-tech running track was a launch event for the release of the Lunar Epic, their latest shoe, Designboom reports. The layout was designed to mimic the sneaker’s footprint.

The dazzling arena, which takes over an entire city block in Manila, Philippines, was a collaboration between BBH Singapore and Birdman, a production company.