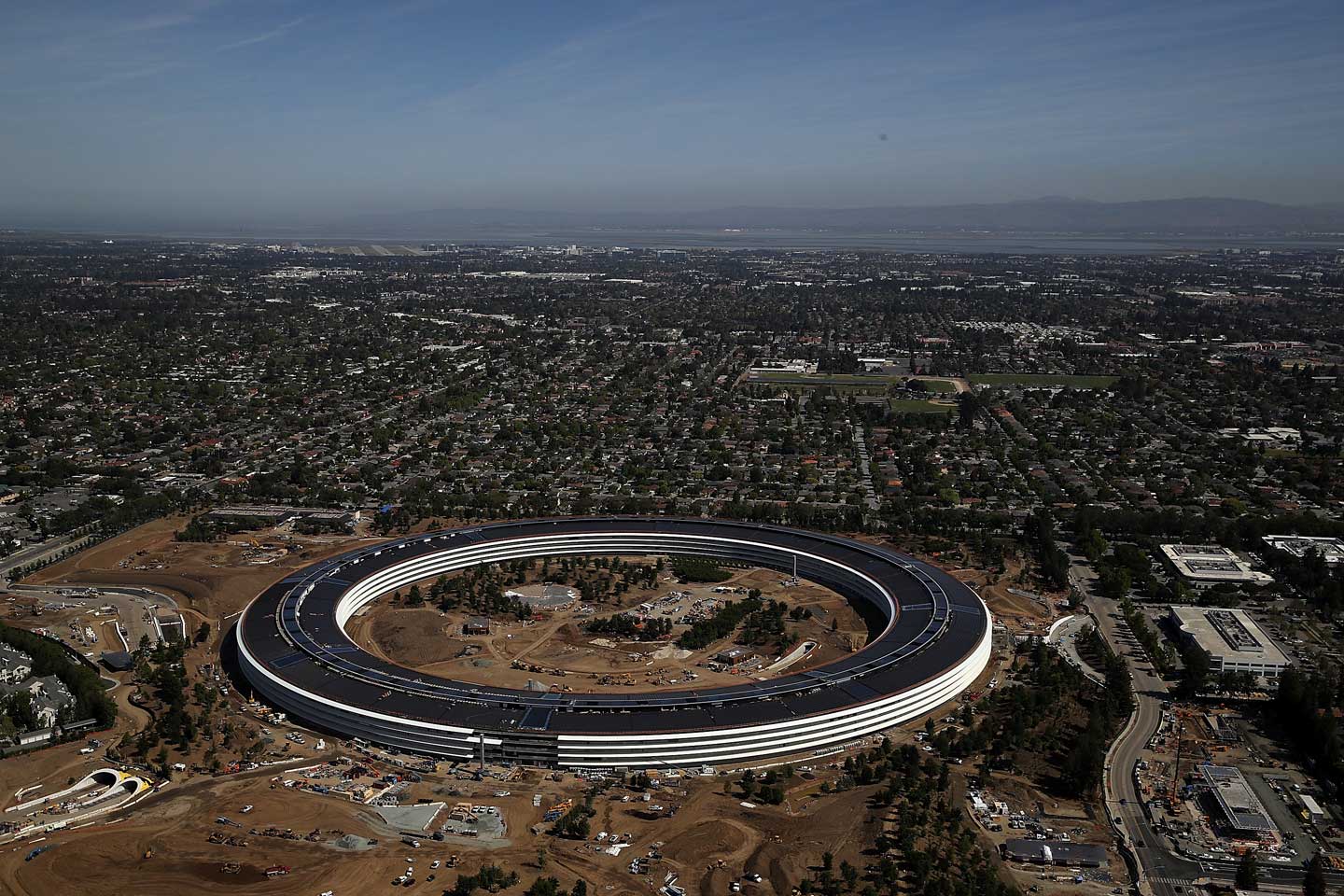 n aerial view of the new Apple headquarters on April 28, 2017 in Cupertino, California. Apple's new 175-acre 'spaceship' campus dubbed 'Apple Park' is nearing completion and is set to begin moving in Apple employees. The new headquarters, designed by Lord Norman Foster and costing roughly $5 billion, will house 13,000 employees in over 2.8 million square feet of office space and will have nearly 80 acres of parking to accommodate 11,000 cars. (Justin Sullivan/Getty Images)
By Matthew Reitman / August 5, 2017 5:00 am

Apple’s latest product is not for public use, but it’s been crafted with as much care as if it was.

Norman Foster might be the architect behind the Apple Park, but, as the Wall Street Journal reports, it was Ive who thought through every element of the 2.8 million-square-foot building. The Apple executive had an “absolute obsession with the idea that it was built like a product, not like a piece of architecture,” according to a friend of Ive’s.

His scrutiny over details isn’t always evident at first glance. The building’s  simple, open-space plan fringes a cluster of pod-like workspaces, where desks rise to standing-level with the push of a button. And when Ive found the building noisier than anticipated, he made sure that was fixed. Millions of tiny holes were drilled into the walls and perforated material was tucked behind it, according to the Journal.

In essence, the campus has become the largest Apple product ever. And while some workers may need time to adjust (engineers are concerned the open space plan will be too distracting), the Apple Park will likely end up just as iconic as the iPod or iPhone.