Inside, outside, home, office: You can grow stuff there!

In simpler terms, Blanc figured out precisely how to grow plants on a wall.

The general public didn’t pay much attention to his discovery in the early days (the next installation didn’t come until 1994), but following a 1998 project for the Aquarium of Genoa in Italy, Blanc went on a 20-year run of building inspired vertical gardens, which now drape the walls of art museums in Japan, office buildings in Spain and embassies in India with a variety of vibrant fauna.

Blanc’s success has coincided with the extensive urban-renewal projects that have dominated civic engineering in the early 21st century. Consider the recent proliferation of mixed-used public spaces, a renewed appreciation for innovative architecture, the rise of bike lanes and linear parks, and renovations to museums. This movement is inspired by the post-Olympics Barcelona model, and it’s now on full display everywhere from Copenhagen to Singapore.

The role of vertical gardening in those plans is to bring nature back into the city, and it’s appeared in a stunning variety of spaces and forms. Blanc is still kicking it, too. Check out his work at Miami’s Pérez Art Museum, which debuted in 2012:

Blanc managed to build a system on the roof of the museum that collects rainwater which then filters down into the felt pockets of the suspended columns. The limitations of the space made this difficult: usually, his system simply takes up a sun-facing wall, and the plants get all the nourishment they need. In this case, whole sections of the column were shaded at all time, which forced him to plant different species that could thrive in low light.

Not all living walls have to be quite as epic as those created by Blanc and his peers, though. Vertical gardens are an easy addition to any home or office, particularly those in cities. If you have a small backyard, terrace or rooftop and a desire to push your green-thumb game beyond “I can keep succulents alive,” you should consider installing one of your own. Below, we detail seven crucial rules, tips and know-hows to help you get started.

Buy the right system for you
Gardening isn’t generally that cheap, but you can get a green wall off the ground without putting too big of a dent in your debit balance. There’s a seven-pocket system offered on Amazon for $12, which’ll hang off a fence or beam like one of those closet organizers you’d find at Bed Bath & Beyond. Purchasing two or three of those for a test run might not be a bad idea. But there are so many methods to choose from. Plants On Walls makes Florafelt, a tough horticulture fabric comprised of 100% recycled water bottles, and comes with a root-wrapping system, which means plants can be removed or added without compromising the entire system. Other ideas range from flower towers to sets made from Western Red Cedar. The main through lines include each system’s use of drip irrigation and pot soil.

Assemble it on a load-bearing structure
Vertical gardening systems are heavy to begin with, and will only get heavier once the plants take on water and grow. Your best bet is to hang it along the side of a fence or wall. If you have a chain-link fence in your backyard, a green wall’s is a no-brainer method for shaping up the space’s aesthetics and supplying privacy, all without having to upgrade to expensive wooden or plastic fencing. If you don’t have a ready-made fence or wall, build a trellis or consider installing a beam. More on DIY projects in a bit.

Make sure it gets lots of sun
Ideally, your plants should get about six hours of sunlight a day. Try to make them south-facing, which is a great way to get both early-morning and midday sun. And make sure to choose plants that require a similar amount of sun; if one plant needs markedly more sun than the others, put it in the top pocket/pot. Otherwise, it might hog all the sunlight from plants that need a little love.

It can be indoors
Assuming you have a room that gets a decent amount of sun, you can definitely grow a vertical garden inside. In fact, some homeowners who get way too much sun might choose to block out a portion of their windows with a green wall. (Though keep in mind, if the system is double-sided, the interior portion still needs some source of light.) Whatever your situation, it wouldn’t hurt to pick up some grow lights. Try the Carnegie Pendant on for size.

Figure out what you want to grow
So many options here. A safe play is to grow vines (the plant people most associate with vertical growth). Think ivy, American bittersweet and flowering vines like clematis, cardinal climber, moon flower or morning glory (make sure to note whether they’re annual or perennial!). You can also grow ferns, succulents, herbs, fruits and vegetables. Don’t be intimidated to grow food — vertical gardening is actually an easier way to keep an eye on ingredients destined for your market bowl. It’s at eye-level, away from urban critters and can be grown without the pesticides that fuel a good chunk of the options at your local grocery. Good options include strawberries, tomatoes, peppers, rosemary and basil.

Go full DIY
There is an entire section of the internet devoted to vertical gardening DIY projects. In our opinion, if you can wield both trowels and power drills, you should skip the store-bought stuff and circle a Sunday on your calendar for the project. We’re fans of this cedar ladder planter from Black + Decker.

Be mindful of the season
Gardening catalogues generally send out seeds six weeks before the frost ends, so people have the option to begin growing vegetables or herbs indoors. For your first run-through, and especially at this point in the season, you’ll want to pick up ready-to-go plants from your local nursery, and plant them in your vertical system using potting soil. 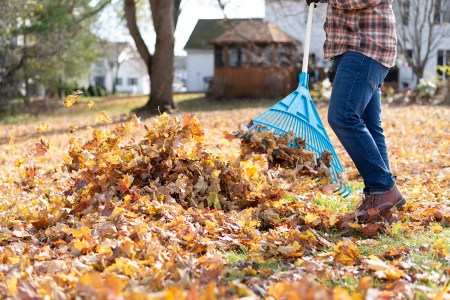 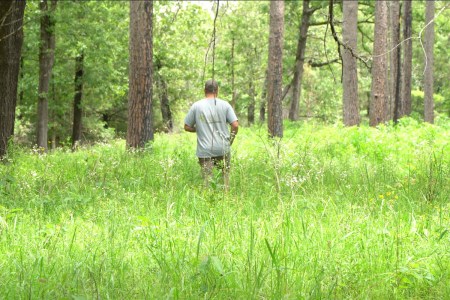 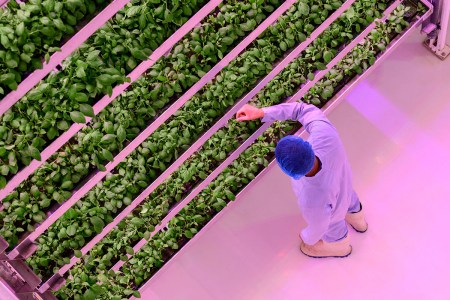