The History of New York City’s Cafe Wha?, Where Dylan and Hendrix Performed 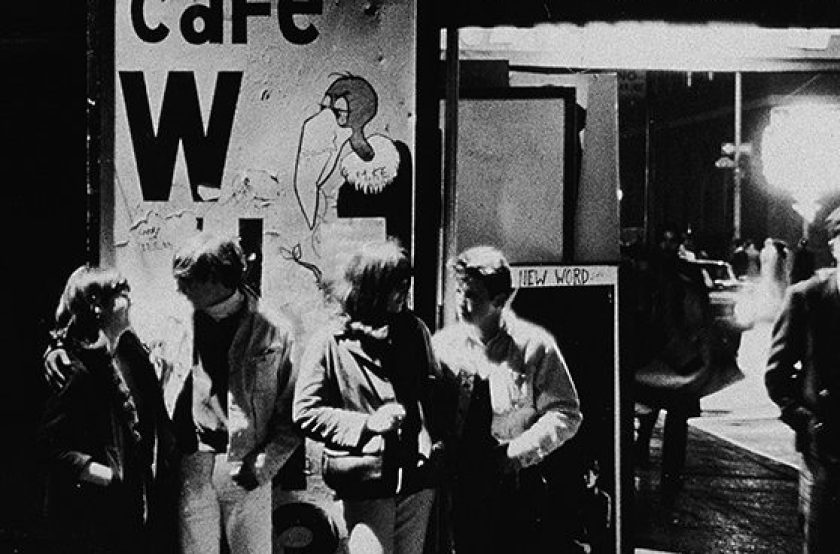 New York City’s Greenwich Village is absolutely teeming with folk and rock history. And one of the area’s more obscure, basement-level clubs, Cafe Wha?—which still sits off of MacDougal Street—is a hole in the wall with a whole lot of history.

Among the legends who graced its tiny stage are folk hero Bob Dylan; the pride of New Jersey, Bruce Springsteen; and psychedelic axeman, Jimi Hendrix.

According to Gothamist, the club, which opened in 1959, is the brainchild of World War II veteran Manny Roth (uncle to Van Halen frontman David Lee Roth), who bought the former subterranean horse stable and turned it into the legendary club with his last dollars. Not only was it a performance space for some of the top talent in the ’60s, but it was also one of the epicenters of the Beat Movement, with regulars like Jack Kerouac and Allen Ginsberg.

For more on the tiny club’s incredible history, click here.

The 12 Sci-Fi and Fantasy Books That You, an Adult, Should Read
The Beautiful Molecular Relationship Between Cannabis and Caffeine
The Fitness Regimen That Got Daniel Craig Through Five James Bond Films
The Official Uni Watch 2021-22 NBA Season Preview
Search for Brian Laundrie Leads to Confusion on the Appalachian Trail
100 Ways to Live to 100: A Definitive Guide to Longevity Fitness

100 Ways to Live to 100: A Definitive Guide to Longevity Fitness
The Honda Element Was the Right SUV at Exactly the Wrong Time
20 of the Funniest Scenes in Horror Movies
How to Join the 1,000-Pound Club at Your Gym
Jon Gruden's Emails Were the Tip of the Iceberg