There's no training manual handy. But art left us some clues.

The Game Changers, a documentary released by Netflix in 2018, presents the performance-based case for a plant-based diet. It swaps out the boilerplate we typically associate with the vegan crusade — jam-packed chicken coops, disappearing rainforests, ozone depletion — for a deep-dive into why human beings in general, and professional athlete human beings in particular, are better off getting their protein from plants.

The documentary focuses primarily on the career of its producer and narrator, one-time champion of UFC’s Ultimate Fighter James Wilks, who introduces two all-important points in the film’s first 15 minutes, both of which had me muttering, “Alright, I’m not turning this shit off.”

One is Wilks testing his newfound plant-fueled energy at the gym. He’s been off meat for six months at that point, and he manages to swing the heavy, nylon-sleeved battling ropes back and forth for over an hour — an all-time record at his gym, where 20 minutes on the ropes gets your name on the board. It’s insane. His previous best was 10 minutes. The other, which arrives a bit earlier in the film, challenges the concept that meat has always been trusted to fuel the bodies of the strongest people on earth. A researcher explains that through osteoarchaeology, historians have come to corroborate a common nickname for gladiators —”hordearii,” meaning “barley men” — with the actual ancient diets of those in the fighting pits. In other words: gladiators were (largely) vegetarians.

Just to be clear, The Game Changers did not unearth this fact. Far from it. The academic community has largely agreed on the veggie gladiator since the late aughts, ever since paleo-pathologists deduced that they prioritized a diet heavy on carbohydrates in order to store subcutaneous fat and more easily weather stab wounds sustained during battle. That extended context ever-so-slightly dilutes the documentary’s reason for including the hordearii segment — few professional athletes today have to take a blade to the stomach, thankfully — but it encourages a fascinating corollary.

Namely: What other methods did history’s oldest, most infamous athletes engage in to prepare for their bouts? What did gladiator training look like? At a time when we’re all eager to look anywhere for fitness inspiration, why not look back to the offbeat, industrious thinkers of Ancient Rome, a society responsible for modern marvels like the calendar, mixed concrete and grid-based cities? To aid us in our quest, we sourced the expertise of Nigel B. Crowther, Professor of Classical Studies at the University of Western Ontario and a former Director of the International Centre for Olympic Studies.

Crowther starts with a disclaimer: “Our primary sources are somewhat limited. We have art, archaeology, graffiti and snippets of literature. But there is no gladiatorial training manual or treatise specifically on gladiators. From those pieces of information, though, we can make some observations.”

There are countless tales riffing on the superhuman strength and fantastical feats of millennia-old wrestlers, Olympic victors and Emperor-favored gladiators. The giant Greek Milo of Croton, for example, was said to have carried a bull on his shoulders every day, which is an excellent, if antediluvian, example of a progressive overload lifting program. (He also apparently once burst a band wrapped around his forehead by inflating his forehead veins.) A man named Carpophorus was agile enough to battle lions, and once killed 20 animals in a single fight. And a gladiator named Spiculus was so admired that an overthrown Emperor Nero specifically requested to be executed by him (Spiculus ultimately could not be reached in time, and Nero took his own life).

There’s a decent chance that those who attended latter-day gladiatorial schools (in the first two centuries of the first millennium), like Spiculus, would’ve been exposed to “The Tetrad System,” a four-day regimen that involved A) a short yet intense prep-day workout, B) an all-out workout where fighters gave their absolute best, C) a rest day, and D) a medium-level workout. After four days, the regimen started over again. A Greek sophist of athletics named Philostratus, who wrote a series of essays called Heroicus: Gymnasticus; Discourses 1 and 2, one of the first ever published works on physical education, was a pioneer of the Tetrad System. The concept here — and it’s cool to see, because trainers preach the same tentpole themes today — is periodization: a diverse itinerary of activities that shock the body and keep it in fighting shape … literally.

But what exercises, exactly, would budding gladiators perform during their training? According to Crowther, we’d recognize some modern practices: “They would not be allowed to run around the town as boxers do today, but the ancients knew about calisthenics. And they did practice weightlifting, with forms of dumbbells and spherical weights.” One of Ancient Rome’s most prominent physicians, a man named Aelius Galenus (but more commonly referred to as Galen), worked with a group of gladiators in his late twenties, and building on the work of Hippocrates — a physician during the Classical Greek period who more or less invented the post-workout cool-down walk — taught the athletes the importance of fighting with muscles that were legitimately prepared for the task at hand. That didn’t mean jumping jacks, precisely, but gladiators knew how to warm up and move around.

The majority of their training, though, hinged on simulating the fights that would take place in the arena. Crowther says, “It was as strenuous as one could expect, without wearing out the combatants. The life of the combatant was at stake in the arena, so the training had to imitate the actual contest. Trainees started with dummy weapons (wooden swords) and progressed through various ranks. They’d practice defending with the shield, attacking with sword, moving in response to a dagger.” Even superstar fighters had to train (some had personal trainers, like boxers today), and as their owners relied on them for publicity and riches, it was unusual for a combatant to actually die during training. 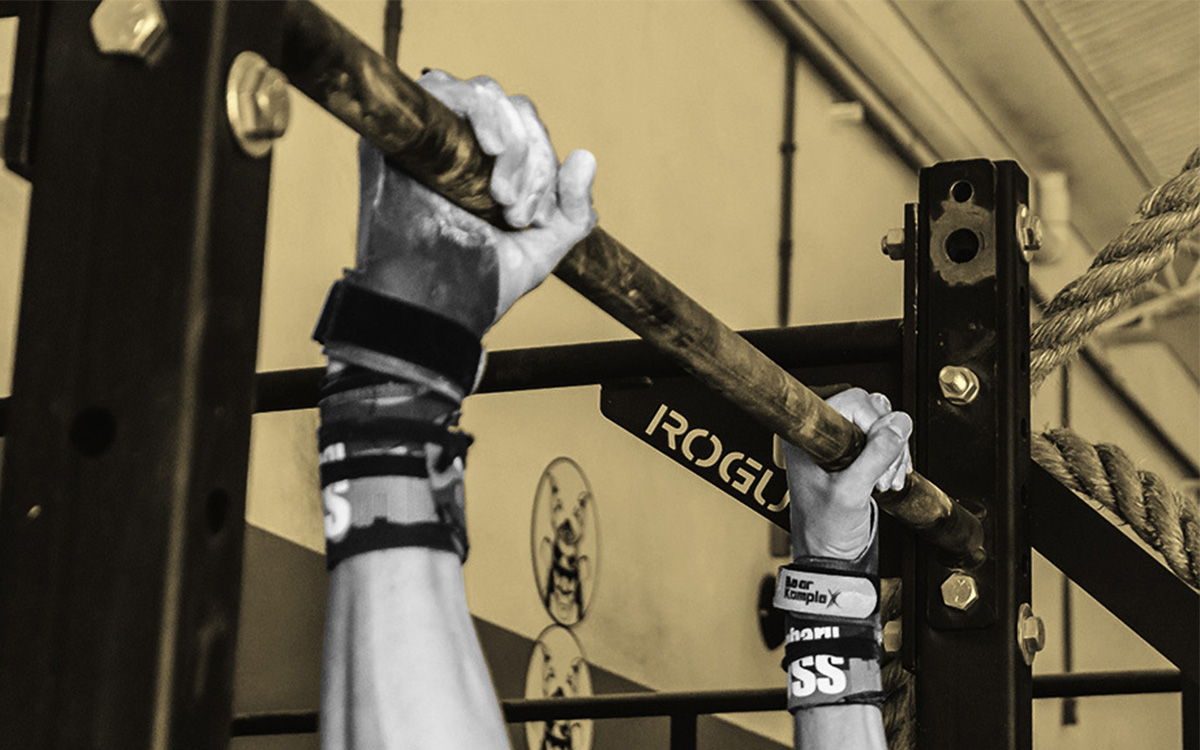 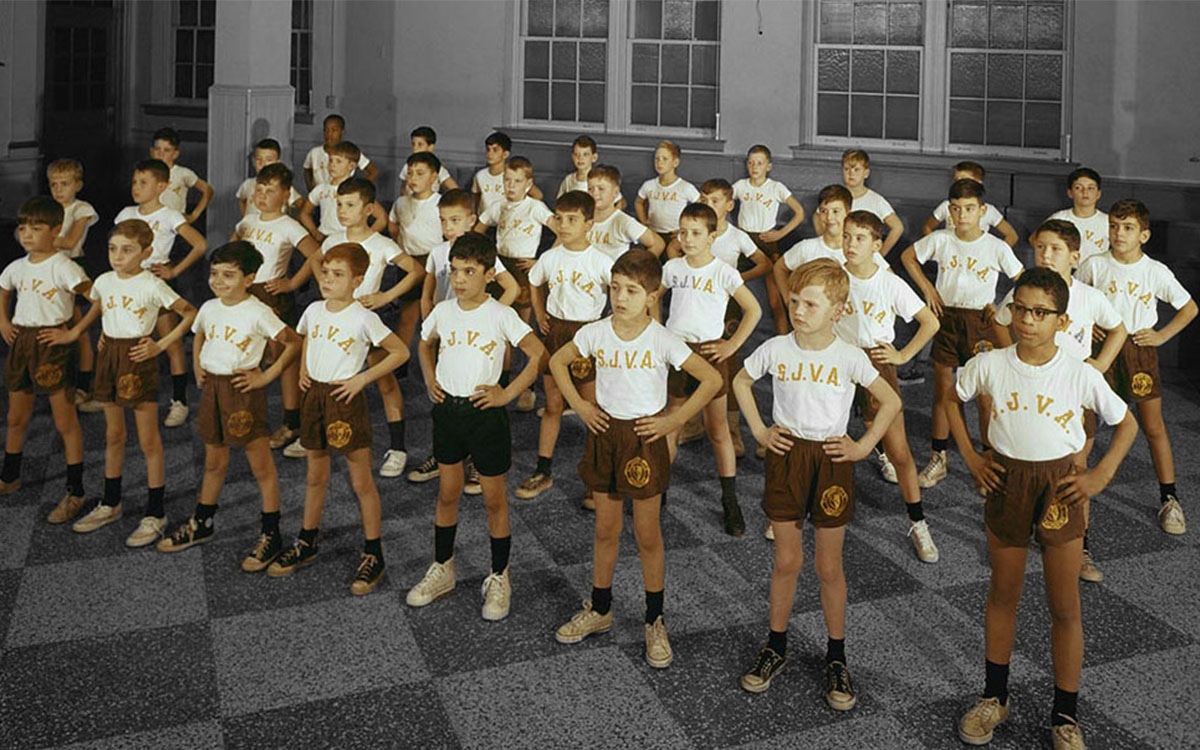 Revisiting the Infamous, Twisted, Now-Defunct Presidential Fitness Test
Here’s What Happens When You Train Like The Mountain for a Month

Still, the sparring was arduous. Crowther admits that it’s hard to know for sure how long sessions would last — he wagers 15 to 20 minutes — but even just a few minutes of the more advanced fighting would’ve been a scorcher. Excavations at various training grounds have revealed gladiatorial armor and weapons similar to that of soldiers. Those who weren’t fighting each other, meanwhile, were making use of heavy metal or stone weights, or doing battle with a training post representing an opponent, which Crowther likens to a heavy punching bag.

Due to the scattered knowledge on the subject, it’s difficult to directly replicate a Roman gladiator’s training regimen. And really, there’s no guarantee that your dream body is on the other end of a six-week Colosseum-themed program. A quick trip to the Metropolitan Museum of Art — or Google Images — reveals that gladiators were celebrated more for their weapons and courage than six-packs and bubbly biceps (though again, the barley diet probably wasn’t helping with that). But fitness is better when it’s fun, of course, and it is possible to extrapolate some modern movements from Crowther’s knowledge.

For starters, antiquate your strength-training regimen. Turn to moves and equipment favored by strongman gyms. Gladiators wouldn’t have had access to rubberized hexagonal dumbbells with studded grips. Pupils at strongman gyms are taught the value in carrying awkwardly shaped objects, and make use of spherical cement weights known as lifting stones, water-filled log presses and skeletal metal structures called yokes. They flip giant tires around, hit them repeatedly with sledgehammers, and hoist bags of sand high above their heads.

Many of the moves look almost like chores — the “farmer’s walk” involves carrying heavy bags over a long distance — but that’s sort of the point. Strongman exercises are brutally functional, and demand the natural deadlifts, pushes and heaves required to move dense things great distances. Which is more or less what people have done for millennia. Gyms that specialize in strongman training are closed at the moment, but you can try Rogue Fitness to pick up some stuff for home; otherwise, try dragging whatever you can find in the garage around the yard. Notice that when you’re dragging a fixed, unknown weight, as compared to doing endless bicep curls with a comfortable 25-pounder, correct form becomes absolutely necessary, and generally undertrained parts of your body (muscles in your legs, your upper back) will be a huge help.

Beyond strength training, though, the most significant aspect of gladiatorial training was sparring. This one’s tricky to recreate today, especially with martial arts studios closed. But it helps to lean into Crowther’s oft-repeated boxer analogy. The agility and endurance required to battle nonstop for 15 to 20 minutes, all the while ducking, weaving, picking your spots and keeping your wind up, shares its DNA with modern boxing. Pick up a heavy bag from Everlast and practice beginner’s combos (jab-cross-hook-cross) over and over again for as long as you can go. If you don’t have the cash or space, practice shadowboxing. There are great videos online for getting started, but the idea is high reps on several different types of punches, all while looking in the mirror. If you want to go one step further, and simulate the armor a gladiator would’ve worn, pick up a plate carrier weighted vest.

Any other wild cards are your prerogative. If you have to teach yourself swordplay, a quarantine is probably the time to do it (and there are even some padded sparring swords out there). But the biggest takeaway beyond strongman training and aerobic combat is how to treat the muscles after a workout. In addition to the progressive Tetrad System, Ancient Rome was well ahead of its time in another realm of recovery fitness: recovery baths. Until spas reopen, make a point in your own home to do as the Romans did: stretch the muscles when warm, take care of the skin and cycle between bursts of super-hot and super-cold water. Then, when it’s all over, hit the sack and get eight hours of sleep on a memory foam mattress. That’s one piece of tech the ancients never figured out.