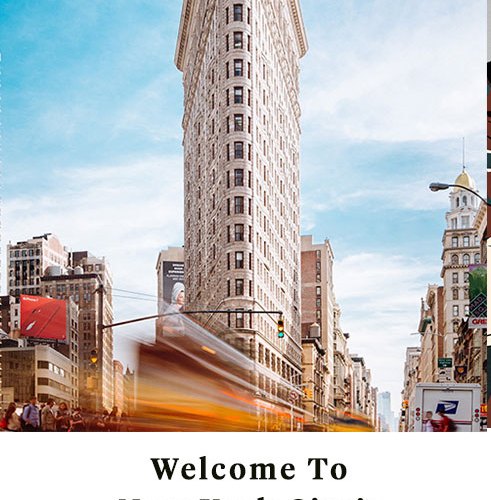 They stumble out of neon-lit studios the way drunks spill out of heritage taverns on Stone Street, sporting untied shoes and candy-apple cheeks. Their clothes are almost invariably tight and made from some sort of flexible synthetic material, with sweat-stains across the front of their chests like burnt-out asteroids. Some tilt their ballcap brims low like celebrities, many lug bags and yoga mats, and all look like they’ve just returned from an unexpected week at sea.

Like a proud parent, Manhattan has long kept tabs on what its neighborhoods were up to. Before the Commissioner’s Plan of 1811 called for a 155-street gridiron above Houston Street, way back when modern-day Greenwich Village was still a vacation spot, the island’s southern cradle established a stock exchange under a buttonwood tree. In just 30 years, the new financial district pried London’s investors from Philadelphia, and established New York as America’s financial seat.

As the city migrated north to lay cobblestones, then concrete, and millions of immigrants became New Yorkers (the city’s 1900 census would place it second in population size in current-day America, just behind Los Angeles), new neighborhoods carved out their own beats. A stretch on the city’s west side from 34th to 42nd weaponized cheap labor and sewing machines to make the clothing trade New York’s largest industry. An area that overlaps modern Midtown saw thousands of Orthodox Jewish refugees set up jewelry houses and diamond exchanges. And that same Greenwich Village “vacation spot” eventually opened 250 slaughterhouses and packing plants.

Over the years, the Financial District, Garment District, Diamond District and Meatpacking District either doubled down on or abandoned their namesake industries. Writing about how New York has “changed” might invite more groans than a Tom Rinaldi monologue on fathers, sons and baseball, but the fact remains: New York’s neighborhoods have a penchant for endlessly rebranding themselves. People move in or out, buildings are built or gutted, and the vibe — the unspoken purpose of 15-20 blocks and a couple of avenues — changes.

Which brings us to the Flatiron District, which has been riding a wave of change for decades. Centered around a 118-year-old Beaux-Arts wedge, the neighborhood north-south borders are traditionally 23rd Street to 14th Street, while its east-west markers are Park Avenue to Avenue of the Americas. It’s been years since the district was named for an industry or pursuit; following brief associations with toys and then photography, the area’s relentlessly Instagrammed landmark building has claimed the namesake since 1985. Lately, though, New Yorkers have come to understand this corridor of the city by another, unofficial name: the Fitness District.

A couple weeks ago, I was among the knackered ranks hobbling down 17th Street, eager to grab a slice of pizza and catch a subway home. I’d spent the previous hour in Y7 Studio, a 90-degree, candlelit yoga class that bumps Meek Mill, Shawn Mendes and Lauryn Hill in a room dark enough for laser tag. Beginners are welcome and encouraged, provided they’re OK with sweating enough to fill an Olympic-sized swimming pool. The cadence of the class accelerates from thoughtful and supportive (“We’ve all had a long week, yeah? Let’s let it melt away.”) to frenetic and exhortative (“Round three of this flow. Leave. It. All. Out. There!”).

I have yoga experience and do mat pilates once a week, but the class took me off guard. It wasn’t exactly the physicality of it (though I was stunned by the athleticism on display) or the heat that threw me for a loop. It was the “experience” nature of it. This workout, a vinyasa flow that I had signed up for on ClassPass a few days earlier, felt like an event. A performance art exhibit might’ve looked right at home in the space, so long as someone Lysol’d the floors and let some air in after we vacated it.

This point is key in the narrative of Flatiron’s transformation into NYC’s de facto Fitness District. It’s not just that there are more gyms in the area than almost anywhere else (it’s one of only four zip codes in New York with more than 100 gyms and studios, according to ClassPass), it’s that those gyms are more inventive and forward-thinking, as if they were all members of an incubator seeking to rewrite the very definition of working out. A quick survey of the gyms I’ve tested in the area includes Brrrn, which stages high-intensity training in “refrigerated” rooms that are chilled to 50°F or below; Mile High Run Club, where neon lights, music and communal feels make treadmill training fun; and nouveau boxing gyms like Rumble and Shadowbox, which both offer the calisthenics of sparring without the anxiety of actually exchanging punches.

The more ubiquitous gyms are present, too. Flatiron has an Equinox, a Lifetime, a New York Sports Club and a SoulCycle. It has dance studios and barre classes and yoga houses. Then there are the countless therapy and recovery studios perched on third floor walk-ups, from one that specifically caters to injured runners (with cryotherapy chambers, infrared saunas and anti-gravity treadmills) to acupuncturists and herbal shops to skylit tea bars that specialize in CBD-based products.

According to a 2019 report from the Flatiron/23rd Street Partnership, a 14-year-old nonprofit in support of the area and its rapid growth, 20% of ground-floor retail and services businesses in Flatiron are now “wellness-focused.” That number signifies a five-year jump in openings from 2014, and an eye-opening 7.3% increase in such spaces from just last year. In other words: this is happening right now. As James Mettham, the Executive Director of Flatiron/23rd Street pointed out: “[Flatiron] is a destination where health-conscious consumers come not only to get a workout at their favorite studio, but also tend to their other wellness needs.”

That verve for wellness also permeates the neighborhood’s shopping scene — Lululemon, Nike, Bandier, New Balance and Outdoor Voices all have storefronts — as well as the eats. Flatiron’s food scene is traditionally known for three eating establishments: globally famous Eleven Madison Park, Italian fever dream Eataly and the OG Shake Shack. These days, though, an array of fast-healthy establishments seem intent on cooking up colorful, balanced meals in 11 minutes or less so gym-goers can nab Mediterranean or Thai on the way home.

The trip home is seamless, too, which is crucial to Flatiron’s appeal to the fitness crowd. We asked a number of studios in the area why it was important that they have a presence in Flatiron, and all of them, including Sarah Larson Levey, CEO and founder of Y7, pointed out the access to public transportation. No one really groans about having to go to Flatiron: it’s served by 28th Street, 23rd Street and Union Square subway stations and city buses roll through on their east-west routes. For almost every local, Flatiron represents a stop on the way home, or a stepping stone to another neighborhood downtown or in Brooklyn.

Of course, there are people working in Flatiron who aren’t associated with the wellness community. In the 1980s, advertising agencies and publishers moved in hoping to escape skyrocketing Midtown rents. In the early 2000s, tech companies and content creators arrived in force, prompting editorials at the time to dub Flatiron “Silicon Alley.” These days, buoyed by a low vacancy rate and legacy properties operated by longtime owners, Flatiron is a leader in the shared-workplace space; we’ll have to wait and see how the WeWork dust settles, but as of now, the neighborhood is home to 50 different co-working spaces. That’s more bodies (and generally young bodies) eager to take advantage when new fitness options pop up two minutes from work. And for the 30,000-some-odd folks who actually sleep in Flatiron, talk about healthy living. The median age is 34.6, and unsurprisingly, nearly 60% report they walk to work.

For now, bet on more fitness concepts coming to Flatiron. A CEO of some burger chain that took off in the early 2000s — I’m pretty sure it was Five Guys — once explained in an interview that he’d rather open his franchise in a town with six other burger joints than a town where he’d have no other competition. After all, the town with six burger joints clearly loves to eat burgers. Wellness openings in Flatiron are similar, but add a degree of collaboration. An active Manhattanite might choose to sample three different boutique studios over the course of a week (that’s where ClassPass comes in handy) or keep a gym membership close to a physical therapy center as he rehabs his shoulder.

Whatever you need, it’s there, and as the reputation name grows, so too will the number of wellness entrepreneurs who deem it imperative to establish a presence in the neighborhood. Next time you get off at 23rd, look up and look around. Look at the entrances to these gyms, at the guy who looks like a bouncer but it actually fist-bumping everyone on the way out. Look at all the exhausted, sweaty people, dreaming of food, a shower, the couch. It’s typical New York — everyone hovering somewhere between defeated and accomplished — and it’s now what this part of New York, for the next little while, at least, is all about.

Welcome to the Fitness District. 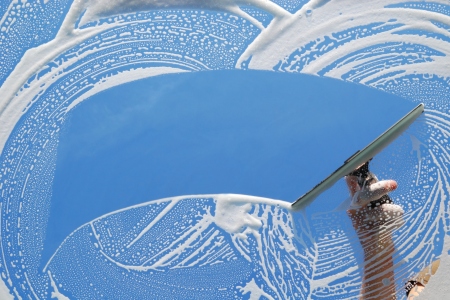 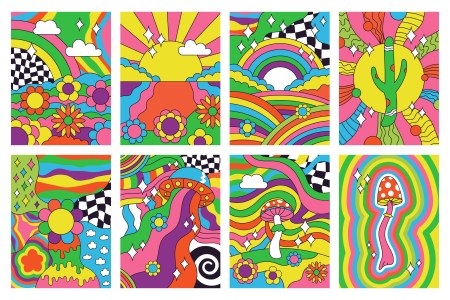