Major key.
By The Editors @insidehook

Each week, our inbox runneth over with news of gear, apparel and tech releases from around the world. In this feature, we’ll parse through the best of them. Today: New Timex and G-Shock watches, dad hats inspired by our favorite rom-coms and some NBA jerseys designed by top hip hop artists.

Have you always felt your life is like a Nora Ephron movie? If so, please buy this hat so people you meet know what kind of shenanigans they’re getting into. And if you wish you were living out You’ve Got Mail or Sleepless in Seattle, this hat may just be the bit of self-actualization you need to make that happen.

When Timex first unveiled the Marlin Automatic, we were underwhelmed, especially because the hand-wound original was so striking. Thankfully, they’ve remedied that with three new colors that turn this watch into a must-have budget automatic.

It’s Ultimate Ears’ “biggest, loudest, BOOMiest speaker yet,” with three times the loudness and over six times the bass of the brand’s MEGABOOM 3. The Hyperboom will let you play music off of four different devices and switch between them with no pause to the music. AND it’s water-proof so get as sloppy and rowdy as you want.

It was only a matter of time before Greats, one of our favorite direct-to-consumer sneaker companies, dipped its toe into the boot market. But the surprisingly eccentric Dante isn’t too far out of the brand’s comfort zone (it’s made for “trekking the city,” after all).

What more can be said about the Jordan 1 at this point? It’s the most classic of all the classics, and pretty much anyone can pull them off — especially in this badass black and pine green colorway.

by Humankind are pretty much masters in the sustainability game. Their products are designed to reduce single-use plastic waste in your daily routine — so items like deodorant, mouthwash and soap are all environmentally sound. But they’re even kicking that up a notch and have added a reusable container to their natural mouthwash — for on the go, planet-saving freshness.

By the time spring decides to dole out short-sleeve weather, these three limited-edition camp collar shirts from Todd Snyder will almost certainly be sold out. We’re getting Ocean’s Eleven and Mad Men vibes from all three prints, so go ahead and pick your favorite, then book yourself a spring break trip to show it off. You deserve it.

We’ve been huge fans of Gantri for a while, as they’ve remedied the horrible chore that is shopping for lighting (why is everything either ugly, boring and/or way too expensive?) by offering 3D-printed masterpieces made from a sustainable corn-based substance. Seriously. This new collection is from U.S. design studio Ammunition and includes table, wall and floor lights.

A colorful long sleeve polo just in time for spring. This one from Rhone is super lightweight and has some anti-odor technology built in so you can sweat all day but no one will know (and will be staring at this nice design anyway).

G-Shock’s latest addition to their MR-G series pays homage to one of film’s most legendary figures, Bruce Lee. Even if you’ve never seen a Lee film, it’s not hard to discern where G-Shock gleaned the inspiration for the black-and-yellow color scheme: Lee’s iconic suit from Game of Death. The timepiece features other detailed nods to the action star, like the red-and-yellow highlights that can be found on the watch’s face, which represent Jeet Kune Do, the martial arts movement Lee founded. The bezel and case back are also engraved with 12 Chinese characters stating the main tenets of Jeet Kune Do. And, of course, it wouldn’t be a proper celebration of Bruce Lee without his signature, the Chinese character for dragon, which marks three o’clock on the face. Unfortunately, only 300 models of the watch were made, so if you’re a diehard Bruce Lee fan, you’d better go ahead and shell out the $4,000 for the Casio before they’re gone.

Speaking of new takes on old standbys, ala the Jordan’s above, adidas had just given its iconic, understated Stan Smith an update that’s anything but understated. Here, the shoe is done up in patchwork colorblocks in bold tones.

The Last Drop is a UK-based distillery that hunts down old and exotic spirits, Indiana Jones-style, then bottles them and sells the precious few bottles to the general public. Their newest release hails from the late, great Dumbarton Distillery in Scotland. Distilled in 1977 and bottled just last year, this single grain won Single Grain of the Year in Jim Murray’s Whisky Bible 2020. Bad news? Only 150 of these $3000 bottles are available. 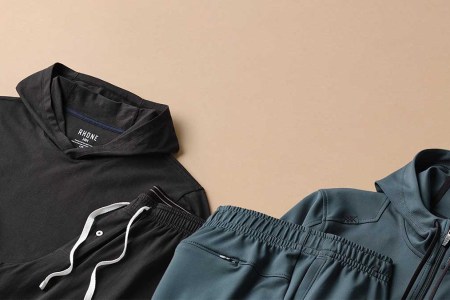 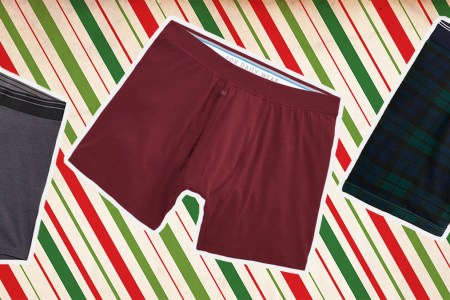