Featuring a bigger battery, refined GPS and even a flashlight, there's almost nothing this flagship smartwatch can't do

I’m the type of guy who feels naked without a watch on my wrist, but not, per se, in the traditional sense. Unlike so many of my styled peers, I don’t care for the shiny metals and premium leathers of modern watches. If anything, the amount of money people are willing to dole out for a watch that simply tells time has always puzzled me.

Instead, I’m the guy in your friend group who’s always wearing a smartwatch no matter the occasion, taking it off only to charge it when the battery needs a boost. And the one I’m currently wearing, the Garmin Fenix 7X Sapphire Solar, is perhaps the best smartwatch to ever grace my wrist.

That’s a bold statement, I’ll admit, but allow me to explain. The Fenix 7 series represents Garmin’s top-of-the-line multisport watch, built for those who want a timepiece with every conceivable bell and whistle. There are a staggering 16 watches in the Fenix 7 lineup to choose from, including the smaller 7S and the traditional 7, but this one, the Fenix 7X Sapphire Solar (a mouthful if there ever was one), is the crème de la crème. Its laundry list of specs, activity modes and tricks is so long that even after weeks of use I have yet to discover every feature. But I’ve also never tested a watch that can go toe-to-toe with this juggernaut.

I’ve been putting Garmin’s latest flagship watch through its paces in myriad ways that include running city streets, hiking secluded trails and comparing its capabilities to other watches in my collection. If you can stomach the wallet-burning price tag, this just might be the Garmin for you.

It shouldn’t come as a surprise that Garmin built this watch with a variety of premium materials. The mineral blue titanium case looks handsomely polished and is accented by a white silicone band that’s perfect for active pursuits. And if the included band isn’t up to snuff, simply replace it with one of Garmin’s many QuickFit bands which release from the case housing by pushing down on a hidden plastic clip.

Contained within the titanium bezel is perhaps Garmin’s greatest feat of engineering, a sapphire screen equipped with Power Glass technology that harvests the sun’s energy to keep the battery topped off. Garmin states the battery will last up to 22 days in smartwatch mode with solar charging engaged, a figure that proved accurate during testing but may vary depending on how often you use certain features and sensors. I found myself pulling up my sleeve every now and then just to make sure the watch face was exposed to direct sunlight, a chore some may consider bothersome, but it shouldn’t pose a problem in warmer months.

While we’re on the subject of the Fenix 7X’s screen, Garmin updated the seventh generation of this watch with a touchscreen that’s easy to use, responsive and perfect for scrolling through maps or tapping widgets. It’s also accented by traditional buttons along the bezel for toggling through menus when you’re swimming, sweating or wearing gloves.

Part of me wishes Garmin would have ditched the transflective display for a brighter OLED screen like the one found on the new Venu 2 Plus, but the memory-in-pixel display is technically a smarter choice that conserves battery life. It’s easy to read most of the time but I found it lacking in contrast and often needed the backlight, especially indoors (think treadmill runs and lifting sessions).

While we’re discussing the 7X’s materials, I should note that it feels a bit weighty upon first wear. I have smaller wrists and tend to shy away from large watches with big displays, so it took a few days to grow accustomed to this one’s 51mm case. That said, I didn’t notice it nearly as much when hidden under clothes and the size didn’t hamper the continuous heart rate monitoring or SpO2 sensors. To my surprise, it even felt comfortable in the midst of workouts, all of which is to say this watch is definitely big, but it feels smaller the more time you spend with it.

On the subject of activity, the Fenix 7X’s laundry list of modes is staggering and the tracking and mapping are excellent too. I really came to appreciate how quickly the watch could lock onto GPS within seconds before a run, likely a result of the L5 frequency band added to the Fenix 7 family that provides more location accuracy in difficult areas of coverage.

On runs both long and short, distance tracking was spot-on in comparison to my personal Garmin Instinct Solar and the Strava app. I ran three identical five-mile runs during which the Fenix 7X recorded 5.02, 4.99 and 5 miles. The Instinct Solar logged 5, 4.99 and 4.98 miles while Strave logged 4.99, 5 and 5.01 miles. In a nutshell, that’s confidence-inspiring consistency.

Garmin also includes a slew of features for the actively inclined, some of which are helpful while others feel a bit gimmicky. For instance, the new flashlight feature unlocked by double-pressing the backlight button is actually quite useful whether you’re searching for an object in your tent or alerting others to your presence on the trail. So too have I enjoyed the insane catalog of activity modes, from running to bouldering. But I’m still hesitant to rely on certain features such as suggested workouts or stress level metrics, especially if the watch is telling me I’m stressed as I lay in the park on a sunny afternoon.

Along a similar vein, other drawbacks of the latest Fenix series are issues shared with other Garmin wearables. The Garmin app is still clumsy which leads me to use Strava when analyzing workouts. Adding music requires me to download another app through the Connect IQ store. Finding specific features is a journey through menu after menu if you don’t know where to look. And as I mentioned before, there are so many features and metrics tucked away here and there that you probably won’t find nor use them all. It’s customizable, sure, but it’ll take time and patience to set everything up to your liking.

But perhaps the biggest issue I have with the Fenix 7 series is the price. The entry-level 7S and 7 start at $700 and go all the way up to $900 while my watch, the 7X, starts at $900 and goes up to $1,000. As much as I love this watch after wearing it for weeks, it’s hard to justify spending so much on a multisport fitness watch unless you’ve worked your way up to this beast after trying cheaper alternatives from Garmin and its competitors. It’s perfect in almost every way, but only for a very specific person.

Garmin’s place atop the smartwatch podium was never in question, but the Fenix 7 series further cements its status as the wearable powerhouse it’s become. Featuring durable and premium materials, an array of sensors and countless activity modes, the 7X shines after generations of improvements that continue to deliver award-winning results.

In truth, the brand’s latest flagship watch isn’t for everyone, and those new to the Garmin ecosystem need not shell out such money for something so cutting edge. But for those with years of smartwatch experience, advanced training plans that track everything from sleep to mile splits or an active lifestyle that includes off-the-grid adventures, this is an impressive watch that’s miles ahead of the competition. 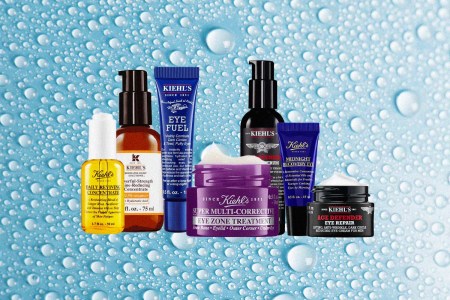 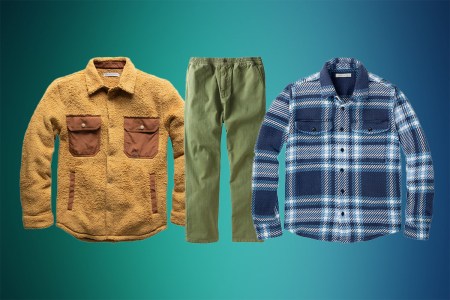