This Is How You Pack a Cooler for a Tailgate

We're not saying you've been packing it wrong. But you could pack it better.

The season of the Pigskin has arrived, a time when a cold drink in one’s hand and a desperate, often-misplaced hope that this year is gonna be the year for your squad are the orders of the day.

That’s right: it’s tailgatin’ time, and whether you’re going full Bills Mafia in the stadium lot or just cooking out for a group of fans at home, chances are that transporting some suds ‘n’ sustenance is gonna be part of the plan. Enter the cooler, invented by one Richard C. Laramy of Joliet, Illinois in 1951, which has been keeping brewskis (and other stuff) ice-cold ever since.

And while we’re quite sure this ain’t your first cooler packing rodeo, we’d be remiss if we didn’t provide you with a handy primer on not only the best new cooler on the market, but also the food and hooch you’ll want to put inside (and how to do so most effectively).

So sally forth and tailgate well — and don’t forget to raise a cold one to ol’ Rick Laramy.

Step One: Procure a Cooler

You know those bright blue or bright red coolers you can pick up at the hardware store for $30 or whatever? The ones that crack within a few months and are then rendered useless and in need of replacing? Yeah, you’re better than those. There’s a whole new wave of high-end coolers that are very much worth the investment for any serious lot lizard or devoted backyard party-thrower. Our favorite at the moment is the Tundra Haul, YETI’s first ever hard-sided cooler to come equipped with wheels. You get the unbeatable insulation, durable construction and the overall good looks you’ve come to expect from the Tundra line, with the added bonus of post-packing portability.

Step Two: Get Some Good Stuff to Fill it With

When it comes to filling your shiny new cooler, updated options abound on both the food and drink fronts — below, a few of our favorites for stepping your game up this season.

Beer: The bedrock of any good tailgate cooler, and a nice chance to experiment: recent brewing trends have yielded a plethora of flavorful low-cal suds options that make great alternatives to traditional light beer fare.

And if calorie counting comes secondary to just broadening your beer horizons in general, we’re also starting to see specialty services that will deliver under-the-radar brews straight to your doorstep.

Other Booze: Variety is the spice of libational life, and it ain’t just beer that’s packaged for easy poppin’ these days. California winery Dark Horse offers canned versions of a whole slew of their varietals, from red to white to rosé, all of which drink (in your correspondent’s humble opinion) just as good as the stuff out of the bottle.

And for those looking for something with a little more kick before kickoff, we’ve also entered into the Golden Age of the Canned Craft Cocktail, with everything from straight rye cocktails to Moscow Mules to boozy lemonade available for your sipping pleasure.

Energy in a Can (From Our Partner): Whether your tailgate game of choice is KanJam, Cornhole or Ladder Toss, a vigorous pre-game can take it out of the best of us. And a can of one of Monster Energy’s stable of flavorful drinks (we’re partial to the tasty, low-cal Dragon Tea) will not only put some pep in your step, but also features nutrients like riboflavin, B-6 and B-12, with half the caffeine of a cuppa joe.

The Good Meat (or Meat Alternative): For your grilling needs, we recently had the opportunity to sit down with celeb chef Curtis Stone and sample his new line of grillables being sold via HSN — top-shelf Australian grass-fed beef burgers, Pork Ribeye Steaks and one of the juiciest damn Australian grass-fed strip steaks we’ve ever tasted, all of which arrive frozen direct to your door and can be quickly thawed for idiot-proof BBQ action.

If you’ve got non-carnivores in the group suffering from grill FOMO, the faux flesh fanatics at Beyond Meat also ship DTC and are currently offering not only their Beyond Burger patty, but also brats, hot sausages and even ground “beef.”

You got the cooler, you got the goods, now it’s time to fill ‘er up. Believe it or not, there’s a right and a wrong way to do this. Some tips on achieving the former …

Pre-ice: A cold cooler keeps ice longer, so in order to be most effective, your cooler should be brought down in temp prior to packing. Throw in the proverbial “sacrificial bag” of ice and let it melt so that when you fill it with your real ice, it’s not wasted chilling the cooler itself.

The Good Ice: When packing the cooler, all ice is not created equal. Good rule of thumb is “the bigger and more frozen the cube, the better.” Block ice makes for a great base, and for your fill (a 2:1 ice-to-food ratio is ideal) you should be looking for the most frosty bag in the store’s freezer. Nothing crushed, nothing melty.

Pack Whatever You Can Frozen: This allows things like burgers and bottles of water to essentially double as more ice, keeping everything in the cooler colder longer.

Pack in Sections: The goal is to minimize the time you have the cooler open, and keeping your stuff organized will help you get in and out quickly.

Don’t Trust Food Packaging: Long story short, it sucks and it will leak and you will be bummed. An ounce of tupperware saves a pound of soggy grub. Especially true when you know to …

Keep That Water in There: It’s damn near as cold as the ice and unless you’re hauling the cooler to Timbuktu and back, it’s worth the weight.

Keep it Shaded: This one’s just common sense, but if there’s no available cover, a reflective pad on top works wonders.

We really shouldn’t have to say this, but admittedly at the end of the weekend cleaning the cooler does tend to be a step that’s understandably easy to skip. But don’t — coolers retain smell, and a couple minutes rinsing/wiping yours out will save you a mountain of odoriferous hassle down the line.

As for storing it, a small life hack we picked up recently: for smaller coolers, consider housing it in the trunk of your car. Keeps it out of the way and buys you some extra time should you pick up frozen goods at the store but need to make a couple more stops on your way home. 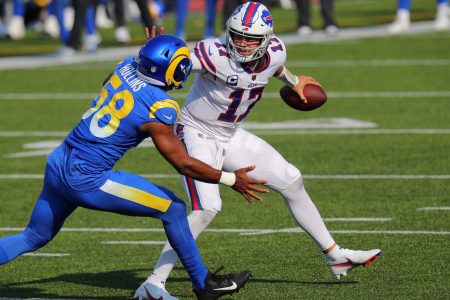 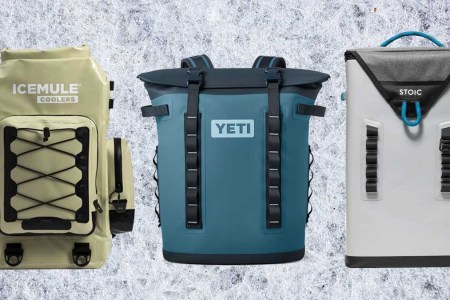 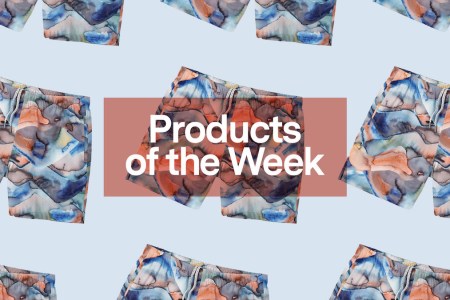