And you should too. An ode to Janji's new Mercury Track Pant.

Carbon-plated shoes, merino wool fabrics and featherlight cap might sound intimidating (not to mention expensive, which, fair enough, they are) but they’re also game-changing. Similar to hiking, or camping, running’s an activity you could easily give up on if you didn’t feel comfortable or functional the one weekend you tried picking it up.

Short of those two weeks of heat waves in July where we all “retire” from running for the rest of time, the corridor where most people struggle to stick to the habit is starting right about now. And it’s a long one. Cold-weather running, stretching from now until early April, is a beast. The WFH era does give some employees optionality on daylight, but most of us are cramming four miles in around dawn or dusk, when the day’s at its chilliest.

That’s to say, this is an extremely easy time to stop running. But you’d be doing yourself a disservice, especially after you worked so hard all fall. You deserve to feel like your fastest, most consistent self once Daylight Savings returns and the neighborhood’s in bloom. How can you prepare for the wweks ahead? Here, at least, the answer is pretty simple. I recommend buying one good pair of running pants.

I’ve been running in Janji’s Mercury Track Pant since the start of November and probably won’t take them off for the next sixth months. We’re huge fans of the Boston brand (if you’re unfamiliar with the label, learn about their full origin story here) which drops collections in collaboration with artists around the world, and also sets aside a portion of sales to install clean water infrastructure in communities that need it.

On top of all that, Janji clearly knows how to make a pair of running pants. Their four-way stretch joggers are built from a nylon-spandex blend, which allows for an unrestricted range of motion. The longest run I’ve had in them so far took about 55 minutes, much of it along the Hudson River on a windy, miserable Sunday — just the sort of day you’re ready to call it quits. But I felt good. Unlike running tights, which can feel a bit “much” (too tight, too performative), or baggier options, which make your run feel like a never-ending warmup, the Mercury Knit is perfect in fabric and fit.

The blend is also a master of thermoregulation, which is key. Whether you’re running long or fast, these pants are surprisingly breathable. It’s very possible to start sweating on a cold-weather run, but these bad boys transfer heat and moisture away from the body with aplomb. That’s one reason that — for better or worse — I don’t wash these very often. They’re still dry and fresh at the end of a workout, so I just hang them over the laundry bin for the next day’s run. Assuming you live with a significant other, attempt this at your own peril.

Janji also understands, as so many marathon runners (who spend 26.2 miles de-robing) do not, that once you’re really into a run, you don’t want to be covered in layers. The Mercury Knit is just thin enough that the pants don’t feel obtrusive or overbearing. They’re kind of just there … which is any runner can attest, is high praise.

Other positives? For a synthetic fabric, the nylon-polyester blend is pleasant to the touch; I’m appreciative of the three zippered catch-all pockets; the hem at the bottom of each leg keeps frigid air from running up your ankles; the reflective visibility logo is an excellent idea, considering the time of day most of us will be running in these; and the pared-back, athleisure look means these can double as travel or lounge pants. I am, in fact, wearing them right now. Don’t worry — they’ve been washed.

Find the pants here, and shop some of our other favorites from Janji’s new drop here. 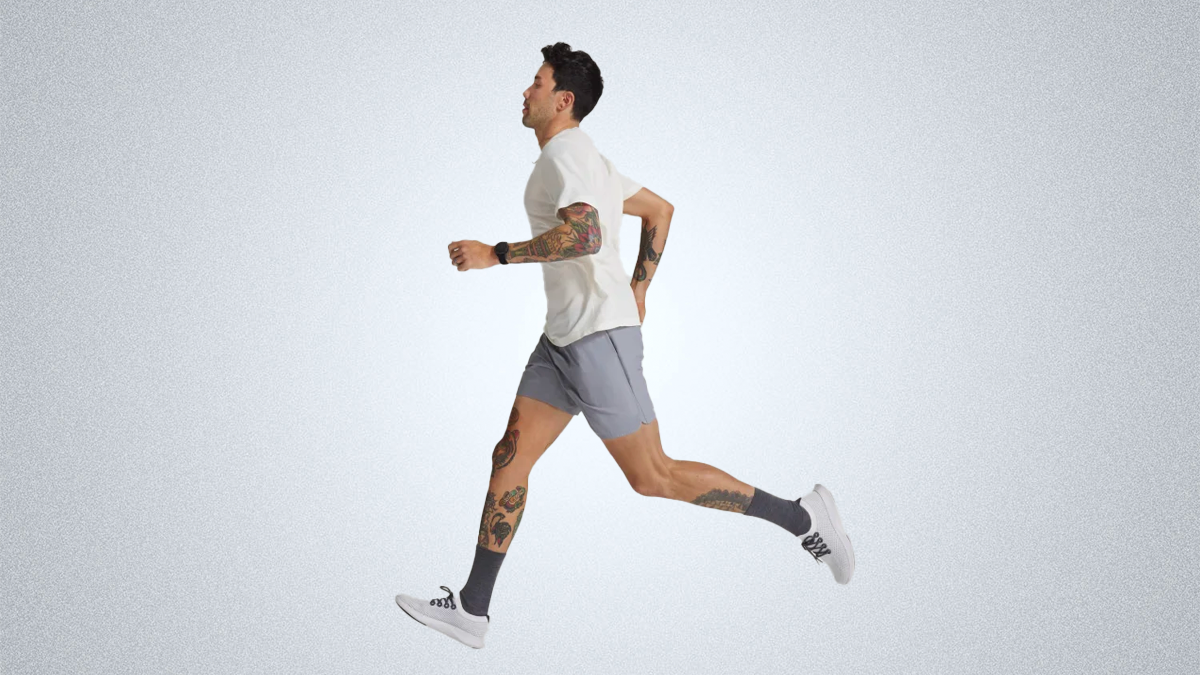 Allbirds, Of All Brands, Makes Our New Favorite Running Tee 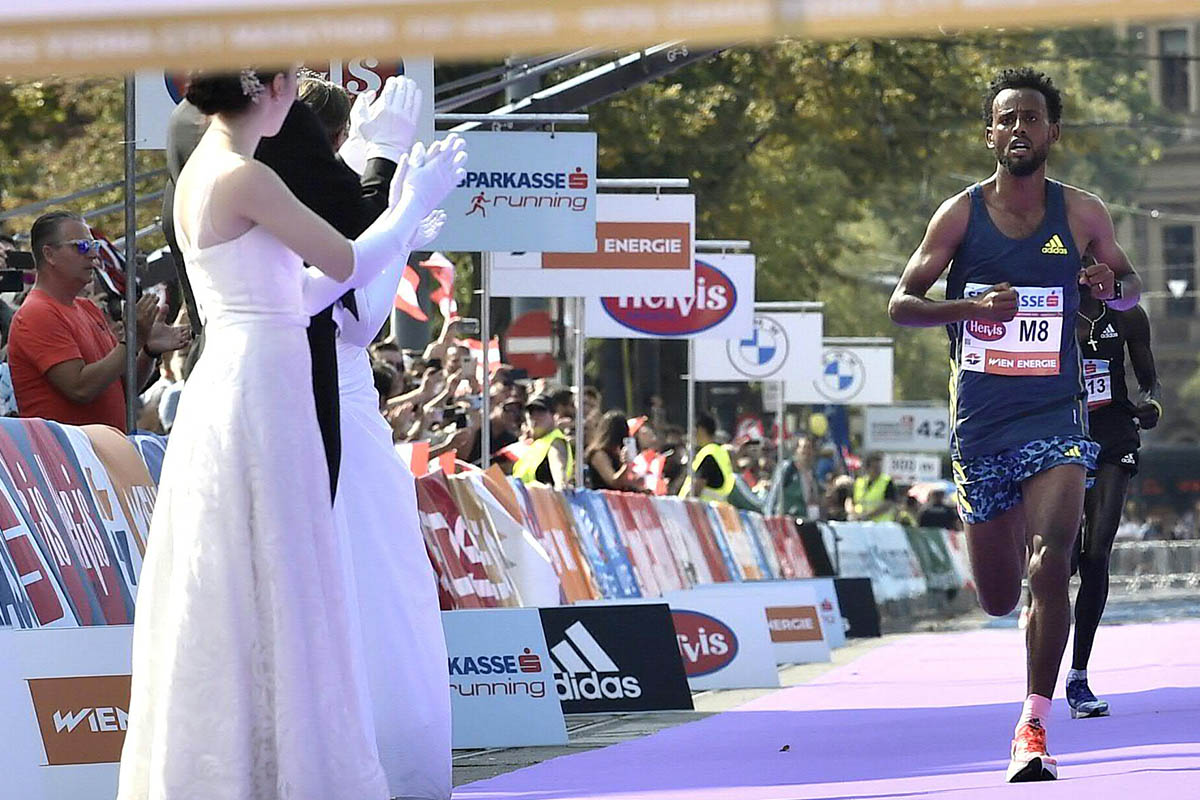 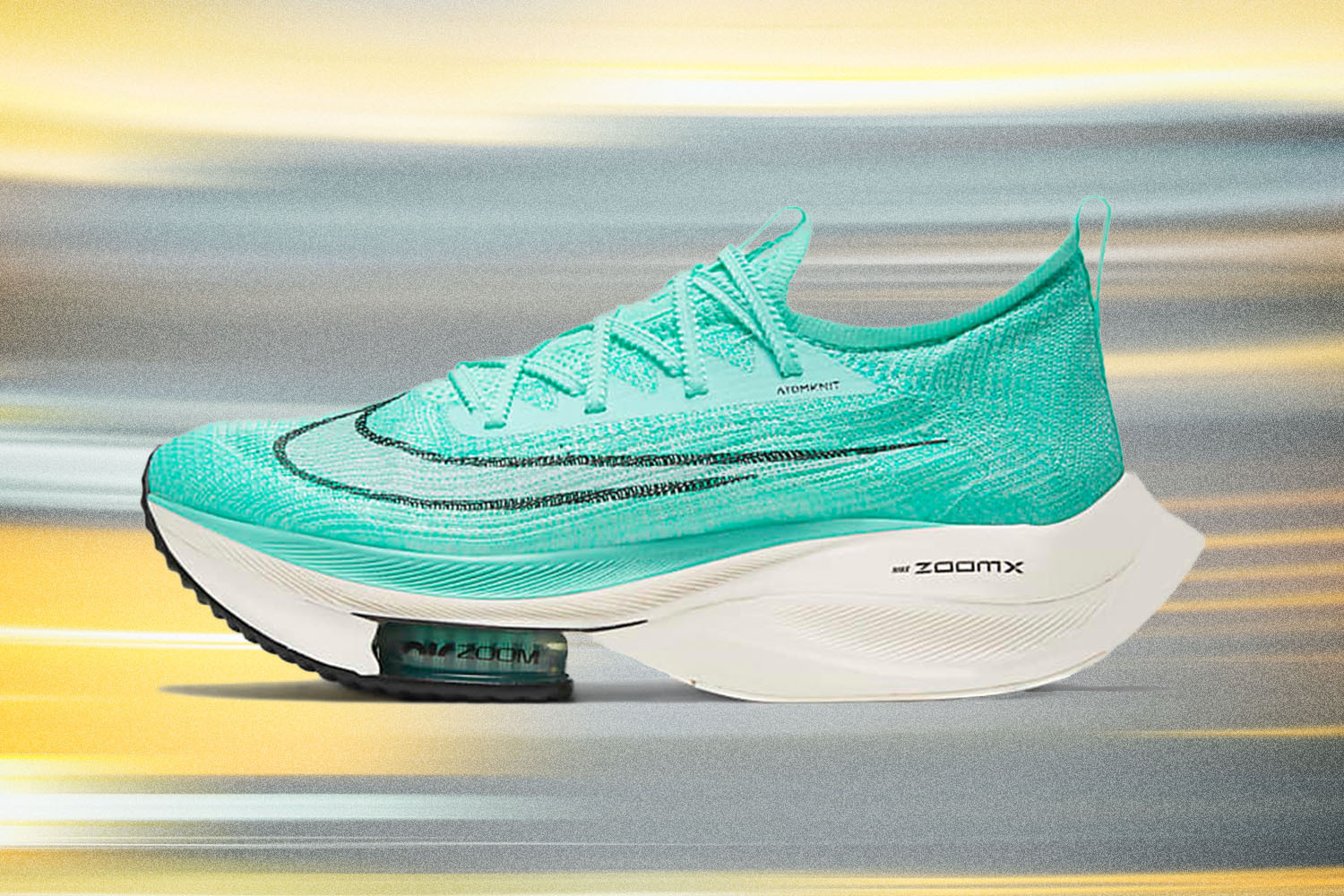