“Doom” Is the Perfect Game for Quarantined Times

“Nearly 60% of the planet has been consumed by the demons, with the rate of expansion increasing each day. Following the catastrophic failure of virtually every man-made system …” Yada yada yada, enough plot.

The game, released last week, is the latest hyperviolent, heavy-metal-soundtracked release in a video-game franchise that started in 1993. The original title and its myriad sequels revolutionized first-person shooters, 3D gaming environments, player-created content and multiplayer, networked asskicking. Without Doom — and its predecessor, Wolfenstein — we wouldn’t have Quake, GoldenEye, Duke Nukem, Halo, Destiny or even Fortnite.

And we wouldn’t have catharsis. Doom may be over 25 years old, but it’s still the perfect game for those of us stuck at home, secretly panicked and looking for solutions beyond “shelter in place.” Doom’s solutions to a global pandemic? Save the planet with glory kills, chainsaws, meat hooks, flame belches and blood punches. And that’s just in the early levels.

A quick history: The original MS-DOS verions of Doom was launched in 1993. Within the year, it became the number-one most-used program in the entire U.S., even ahead of Microsoft Windows. It was at once complex (3D! Play against people not even in the same room! Make your own levels!) and simple: the plot of each game is pretty much run through Hell (or Hell on Earth, or Hell on the moons of Mars), pick up ridiculous weapons and mow down demons and undead that are constantly coming straight at you.

I know the game more from its immediate follow-ups: 1994’s Doom II and the expanded 1995 Ultimate Doom release, both of which I played in off-hours at the University of Michigan shared computer labs. Starved for more action and without my own computer, I even read two of the Doom-based novels, where some of the heroes on Earth were … Mormons holed up a fortified safe area.

There’s a simple strategy to Doom, which is basically shoot everything and always be on the run. The one real commonality in each release is that you can’t really hide — you have to keep moving, or you’ll die. It’s by far the most exhilarating and/or stressful game I’ve ever played.

The real legacy of Doom 25+ years after its release, though, is that you can play the game anywhere. Literally, anywhere. The list of devices where someone’s created a playable port of the original Doom includes pretty much every computer and gaming operating system/console, along with non-gaming devices like iPods, Zunes, calculators, cars, toasters, early 2000s digital cameras, digital billboards and even a hacked ATM. It runs on so many unintended devices that there’s an entire Tumblr devoted to it called (natch) It Runs Doom.

(Wanna play it in your browser? Go here — you’ll be up and running, for your life, in seconds.)

After playing the original again and then testing out DOOM Eternal this week — which I love, but it’s early days and I haven’t encounted the Marauders yet — I was surprised at how consistent the game has remained over the years. Sure, the graphics and sound are now infinitly more immersive, but both the first and latest release filled me with equal amounts of anxiousness and bloodthirst. 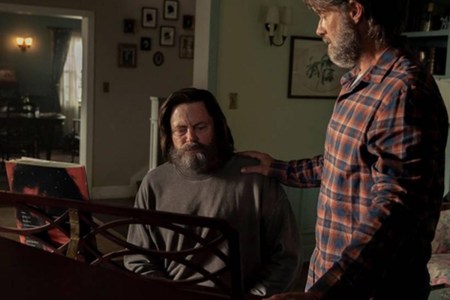