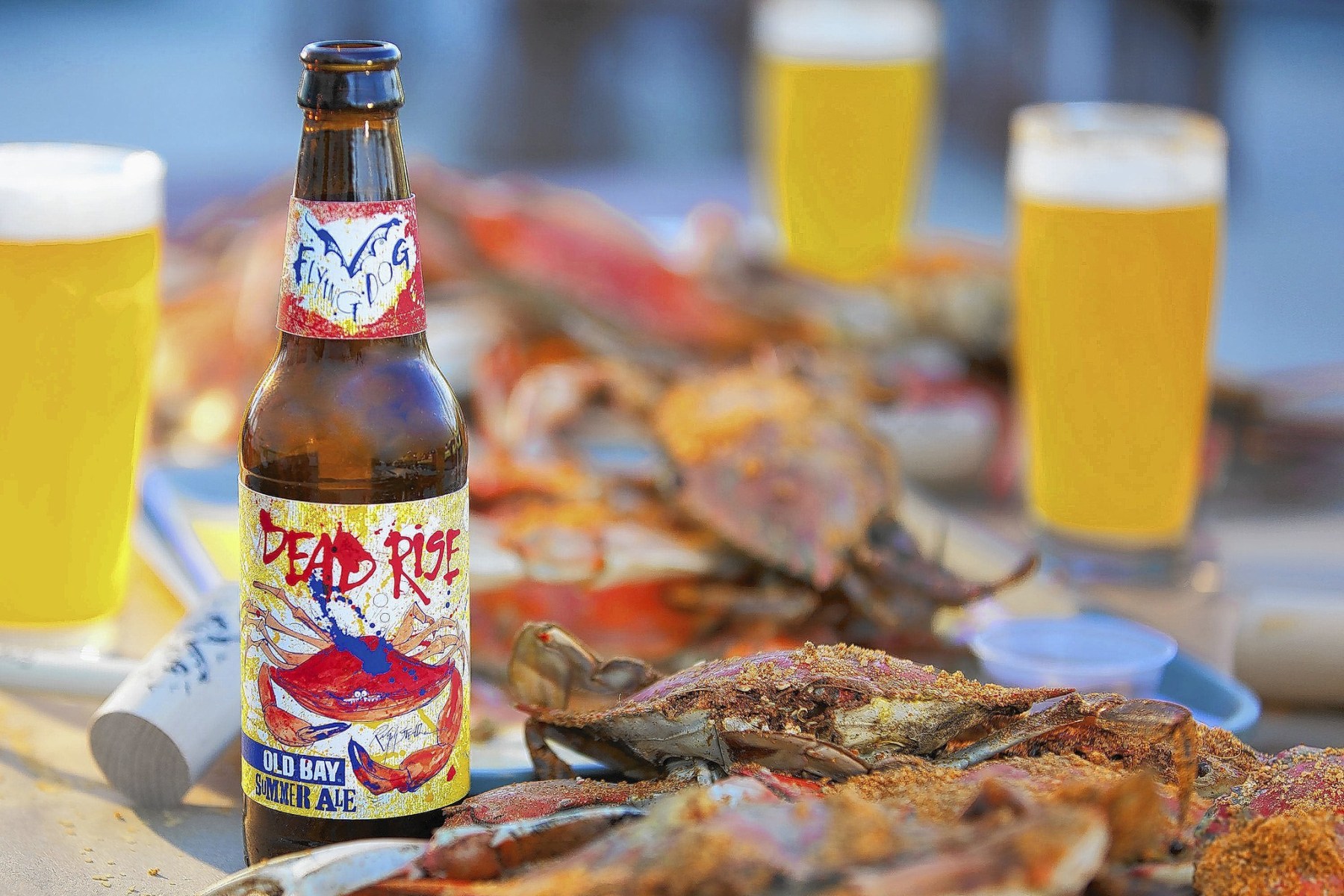 Native Marylanders (and essentially anyone who lives in the DMV) probably know about the iconic spice blend that is Old Bay. If you’ve ever spent time in Baltimore, you’re well aware that Old Bay is a staple on restaurant menus, where it’s used to season buckets of shrimp, spice up Maryland crab cakes and rim many a Bloody Mary.

The unique blend of 18 spices was first invented by a German refugee named Gustav Brunn, who came to Maryland in 1939. Brunn named Old Bay after a ship line on the Chesapeake Bay, and in 1990, McCormick & Company bought the spice with the intention of keeping distribution strictly within Maryland. Even though you can now get your hands on a can of the stuff outside of the state, the spice giant still manufactures it north of Baltimore, and the recipe remains the same as it was 75 years ago.

Even after all those years, people are so in love with the stuff that when they recently released a limited-edition hot sauce, the website crashed and every size of the bottle was completely out of stock in the space of an hour.

Have no fear: Old Bay has confirmed that they will be restocking the coveted hot sauce. When? Well, we’re not sure. But until then, check out these inventive ways of getting your fix around the region, from doughnut sandwiches to summer sippin’ beer.

On your next lunch break, pick up what is sure to be the envy of your entire office: one of Astro Doughnut’s totally customizable fried chicken sandwiches. Our favorite option is to get it served between a sliced Old Bay Doughnut, which is only available after 11:30 a.m. Add some pickled jalapenos if you’re feeling really wild.

No need to limit your Old Bay intake to just solids, as Flying Dog Brewery, the largest in Maryland, has created an Old Bay-spiced ale that’s perfect for the upcoming warmer months. Their brewers worked with spice experts at Old Bay for six months to create what is now the Dead Rise Ale in commemoration of the blend’s 75-year anniversary. It’s an easy drinking blonde with an unmistakably savory aroma.

Though we think Old Bay tastes good sprinkled on nearly anything, it’s pretty hard to contend with French fries. The original Hank’s Oyster Bar in Dupont Circle has been joined by locations in Capitol Hill, the Wharf and Old Town Alexandria — meaning no matter what part of the city you’re in, you won’t have to travel far for a dozen on the half shell and a side of Old Bay fries.

Those waking up on a Sunday morning with a hankering for the good stuff need look no further than the iconic Old Ebbitt Grill in Downtown. There you’ll find their highly rated eggs benedict menu, including the Chesapeake with jumbo lump crab cakes and Old Bay hollandaise.

The next door neighbor of DC’s late-night staple Ben’s Chili Bowl, Next Door specializes in Southern comfort food and a boomin’ brunch. Next time you’re there for dinner, get your meal started with their crab deviled eggs, which include lump crab meat, a panko gremolata and a generous sprinkling of Old Bay.

It’s not hard to find a glass of Bloody Mary rimmed with Old Bay, especially if you venture into Baltimore, but what about the drink itself? Pops Sea Bar in Adam’s Morgan has the answer to our question (and prayers) with their Old Bay Bloody Mary, in which you can even choose to amplify the flavor with The Bay Spiced Vodka. Pair your beverage with some crab cakes for a true Maryland experience.

If you thought Old Bay was reserved only for seafood and fried items, think again, and then head over to the chic and contemporary Kinship for their baked potato chowder. It’s served with Scallions, Old Bay and Manchego Cheese Gougère (a baked savory choux pastry).

You can’t go wrong with a classic. Visit Rappahannock at its original location inside Union Market or at their new digs at the District Wharf for some steamed peel and eat shrimp, available by the pound or half pound and seasoned with, you guessed it, Old Bay.

Just when you thought the flavor combinations couldn’t get more kooky, The Charmery’s Hampden location in Baltimore is serving up an Old Bay Salted Caramel flavor. Stop by and grab a scoop next time you’re in town — it’s on their regular rotation menu.

Last but certainly not least are the chicken wings from the otherwise unassuming Duffy’s Irish Pub. Dry-rubbed with Old Bay and charbroiled, these wings are nine-time BEST OF DC winners and have been given terrific reviews by everyone from the Washington Post to random reviewers on TripAdvisor (who are not easy to please, by the way).