What the Heck Is Summer Sausage and Why Is It a Holiday Favorite? 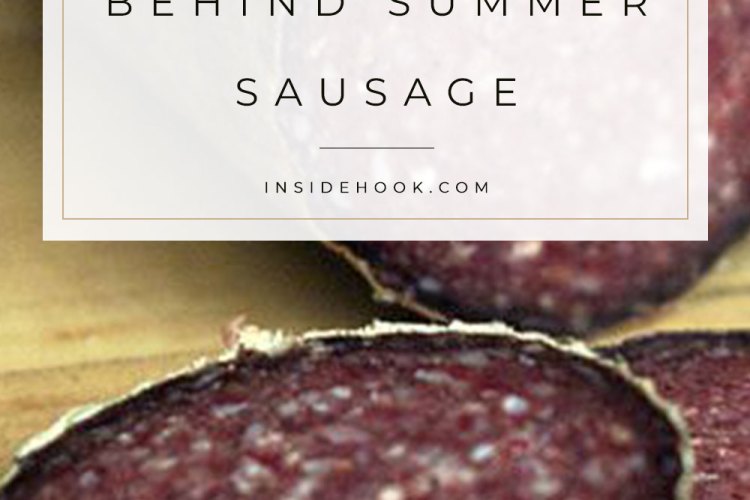 In the Wisconsin town of Sheboygan Falls, there are, at most, only 20 days per year that aren’t suited for making summer sausage.

“That’s when the Packers are playing,” Johnsonville Sausage raw team leader Bob Maurer says in a video about the meat-maker’s signature product.

Summer sausage is defined as “a type of hard dried and smoked sausage that is similar to salami in preparation and can be kept without refrigeration. “The concept for summer sausage was first brought to the area by German immigrants and was “sort of the soul food of the Germans,” according to Beth Dippel, the executive director of the Sheboygan County Historical Research Center.

“When they came 150 years ago, remember, there was no refrigeration,” she says in the same Johnsonville video. “Food had to last. Meats and things like that were very precious. Depending on where people came from in Germany or any of the Germanic-speaking countries, they had their own recipes. Those things were really precious and passed on from family member to family member.”

It may have varied from family to family, but the basic recipe for the Christmastime classic calls for four basic ingredients: beef, pork, salt and pepper.

While most Johnsonville employees seem to have that down, the majority of them appear to be much less clear as to why exactly the winter favorite is named for the warmest of the four seasons. James Peisker, the co-founder and COO of Nashville-based meat purveyor Porter Road, offers some clarity.

“Most harvesting of larger animals happened in the fall because it was when it was cold enough to be able to hang your meat up in a tree or in the barn and it wouldn’t go bad,” Peisker tells InsideHook. “We started using preserving techniques to make sure we could have that meat long into the summer months when we’re working outside and need something we can eat fast. You would make summer sausage in the late fall and preserve it so that way you could still have beef in the summer. The curing process is why it’s called summer sausage. Because you could preserve it and then put it up to hang in the rafters of the cellar next to the potatoes and onions you harvested until the summer.”

Though there are some mysteries in the meat world, the origin of how summer sausage got its name, while a bit counter-intuitive, is not one of them.

“Summer sausage is one of those things where the story is pretty cut-and-dried,” Peisker says. “It’s kind of like country ham or traditional bacon. We did it out of necessity. When you’re harvesting a big animal, you have to figure out how to save it. Before we had refrigeration, that’s when we came up with all these delicious, delicious products. Luckily, summer sausage was one of the outcomes of it.”

What’s a little murkier is how exactly summer sausage became a staple of gift-giving around the holidays. However, Peisker does have a theory.

“This is just speculation, but I would assume it comes from the tradition of giving the platters that are your bountiful harvest,” he says. “So if you’re giving your neighbors something, you’re giving them what you’ve produced that they can continue to enjoy for the months coming up. But also, I think Hillshire probably just did a really good job at marketing to people in the ’60s or ’70s and seared it into our brains that that’s what you do. Kind of like Campbell’s Soup with a green bean casserole for Thanksgiving. You can’t find a fresh green bean to save your life in the middle of November. But for some reason, everybody needs a damn green bean casserole for Thanksgiving.”

John Hamm, the president of Wisconsin River Meats (which makes a number of summer sausage varieties including garlic, jalapeno cheddar and cranberry), traces the association with summer sausage and Christmas back to the place from whence it came.

“Traditionally the Germans would eat it with their Christmas feast,” Hamm tells InsideHook. “They have lots of their wurst or sausages, especially summer sausage-type sausages, at Christmas. They’ll slice it and serve it up. It’s really easy for gatherings or parties or if you’re at a public house.”

Like Peisker, Hamm also makes a more contemporary connection between the holiday season and summer sausage.

“They make nice gifts, keep well and most people like them,” he says. “If someone gets a summer sausage and it isn’t their thing, it’s very easy to re-gift. Everybody knows somebody who will like it. We ship a lot of sausage to the troops because it turns out summer sausage is something they’re very enthusiastic to get around the holidays. It’s a reminder of home and it’s something that’s very easy to slice up with comrades and friends. People will say, ‘I don’t like it. Give me some more.’ It’s a social thing.”

Whether it’s summer or not. 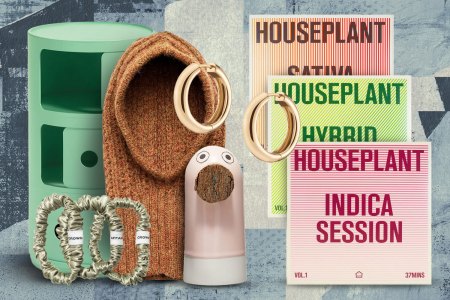