On history, quality and why they don’t always go hand in hand

“Since we don’t have history, we need quality.”

The story of a great whisky usually begins with a Kentucky bootlegger. Or a tiny island in Scotland. Or a group of bored Irish monks.

Basically: a great mythos. Which sometimes makes for a great spirit.

But King Car CEO Yu-Tung Lee, who I recently met over lunch on the roof of Taipei’s World Trade Center Club, doesn’t have one of those. Which is what makes his company’s whisky collection, Kavalan, so unique.

You might not associate Taiwan with drinking culture. And you’d be right, in a way. Certainly, the cocktail programs here are in their nascent stages: Drinks are pretty, Instagrammable and forgettable. The number one beer is the tepidly named Taiwan Beer, which until fairly recently was a state-run entity.

But look a little closer and you’ll find some gems. A typical drinks menu in Taipei features dozens of Scotches; it’s officially the fourth largest market (ranked for value) for Scotch exports in the world. And over four days in Taipei, I noticed a wonderful trend: most people drink their (high-end) whisky neat, pouring from mini-pitchers or carafes. Toasts were common.

And so was friendly, drunken revelry.

Kavalan is an anomaly, even in its home country. Before its establishment, no one made whisky here (private enterprises were actually barred from opening distilleries until 2002). It’s something the King Car team willingly admits: “Without contention, the origin of whisky is in Scotland,” notes the company’s corporate page (yes, the Google translation is a bit iffy). “What has a Taiwanese distillery got to compare with them? Moreover, no one in Taiwan has ever actually made whisky, nor does Taiwan have any technology or experiences.”

[UPDATE: According to a representative for Kavalan, the not-mangled translation of the website’s text  would actually have “technique” replace “technology,” which does make sense: If King Car Group and Kavalan proved anything, it’s that they possess  technological know-how. They did lack previous whisky making techniques, however.]

That all changed when the government loosened regulations in the early aughts. And you can credit the persistence of Mr. Lee, a successful businessman in his own right and son of King Car’s founder, for being one of the first entrepreneurs to take advantage of a free market.

It helps that King Car, the company behind Kavalan, is huge. The conglomerate excels in molecular biology research, butterfly orchid breeding, ready-to-drink coffees, instant noodles and a porridge known as “Korn Dorf.” So, again, this is not the work of one man in his garage with a still and a dream.

Kavalan, named after an indigenous group, started in 2006. They released their first single malt in 2008 out of a distillery in Yilan, a village about an hour (or two, with traffic) from downtown Taipei.

Why here? To access the area’s cold, clean spring water (as they call it, “purified natural sweetness”) from the two nearby Snow Mountain and Central Mountains. The tightly packed layers of earth here provide a natural filtration.

The other ingredients are outsourced: the pot stills arrive from Scotland and Germany, the malted barley from Europe, the two active yeasts from France and South Africa. And the initial expertise on whiskymaking was a gift from the late Dr. Jim Swan, a legendary spirits consultant/distiller (“the Einstein of whisky”) whose legacy includes creating the first Scotch whisky flavor wheel and leading research into the role of wood in whisky production.

That last part is important. Because two things truly set Kavalan apart: the barrels, and the climate.

Regarding the barrels, Kavalan is a company that’s willing to try pretty much anything. Their Kavalan Concertmaster, for instance, matures in Portuguese ruby, tawny and vintage Port wine casks (along with American oak casks). You’ll find other expressions that have spent time in oloroso, fino, bourbon and rum casks, all shaved, toasted and charred via a precise, painstaking process.

But it’s the climate that truly identifies Kavalan. Subtropical temps and high humidity mean you’re getting a higher angel’s share (12 percent, vs. 2.5 or 3 percent in Scotland) and a much faster aging process: a taste profile that would take 10 years or more to achieve in Scotland takes less than half the time here.

(It’s strong stuff. As Kavalan’s Master Blender, Ian Chang, told me: “There is no strong alcohol, only weak men.” My lingering hangover thanks him.)

Chang guided me through the non-climate-controlled, five-story warehouse where the barrels are stored for Kavalan’s multiple expressions. It was a sticky atmosphere, to say the least. But it also contributes to the product: liquids heat and expand as they interact with the different barrel woods, lending Kavalan its distinctive flavor.

The results speak for themselves. Kavalan now produces 10 million bottles annually. In its brief history, it has already bested some of the best Scotches in at least one major blind taste test. The company’s won numerous awards: IWSC’s Asia Pacific Spirit Producer of the Year, numerous Gold medals at the likes of the IRSC, ISC and CWSA, the best single malt at the 2016 World Whiskies Award, multiple golds at the San Francisco World Spirits Competition, a few Whisky Bible Awards and a Distillery of the Year designation.

Plus, the Yilan plant is actually the most-visited whisky distillery in the world … albeit with a large percentage of its visitors hailing from inland Taiwan.

So, outside of the homeland, what’s the hold-up? Why isn’t Kavalan yet a household name on his side of the Pacific?

An initial confusion by the TTB over exactly what constitutes a single malt, for starters: the government agency and the general drinking public initially believed that a great single malt could hail only from Scotland (never mind Australia, Japan, India, etc.). But the heistancy may also be down to an abundance of choice: there are now 11 varieties of Kavalan available in the U.S. Without a so-called flagship product leading the line (the Classic comes closest, but isn’t the most award-winning of the group), inroads with whisky consumers — who tend to have a healthy skepticism toward newcomers — have proven difficult to come by.

Let’s help. We recommend starting with these two: the clean, fruity, affordable Classic and the dry delicacy of the Solist Sherry, which was been matured in oloroso casks for up to nine years. It’s nutty, warm, dry, and goes well with chocolate.

Price is also a factor. The Kavalan Solist Vinho Barrique, the 2015 World’s Best Single Malt Whisky, can be found for about $215. Other expressions go much, much higher. (If you find Podium — which ages in brand-new American casks — or the Kavalan aged in rum casks or the Peaty Cask Kavalan — during your travels, pick ‘em up. They’re fantastic, and not available here.)

Still, it’s worth a dram or two. Or, drink it like they do in Taiwan: from the pitcher.

Your wallet won’t thank you. But your palate will. 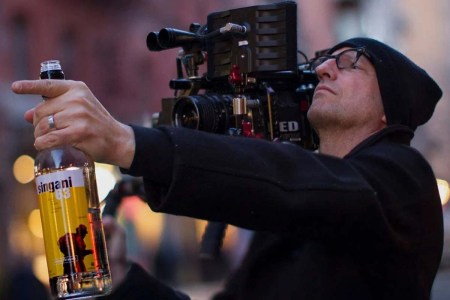