The 9 best restaurants that opened doors in Chicago this month 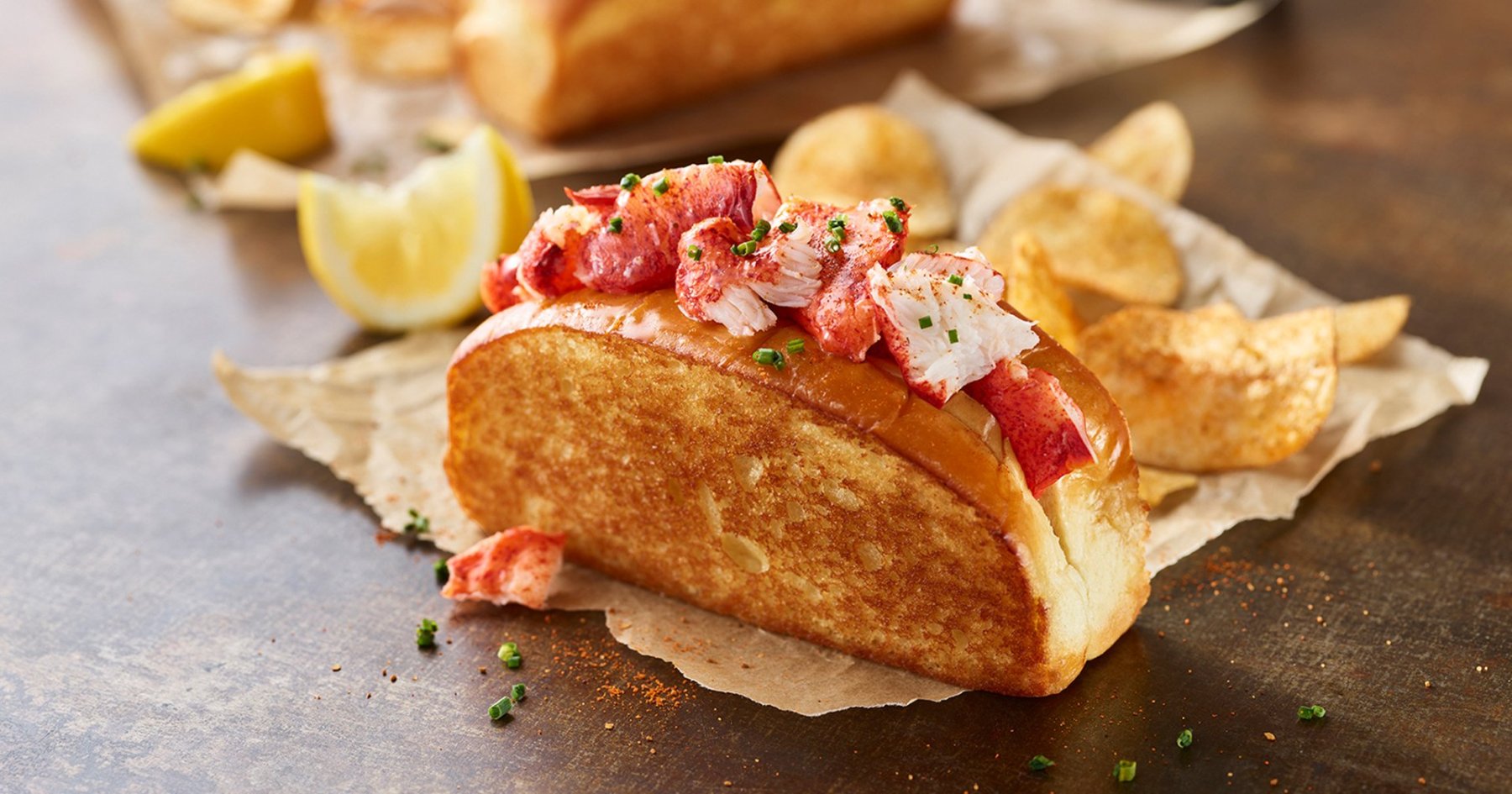 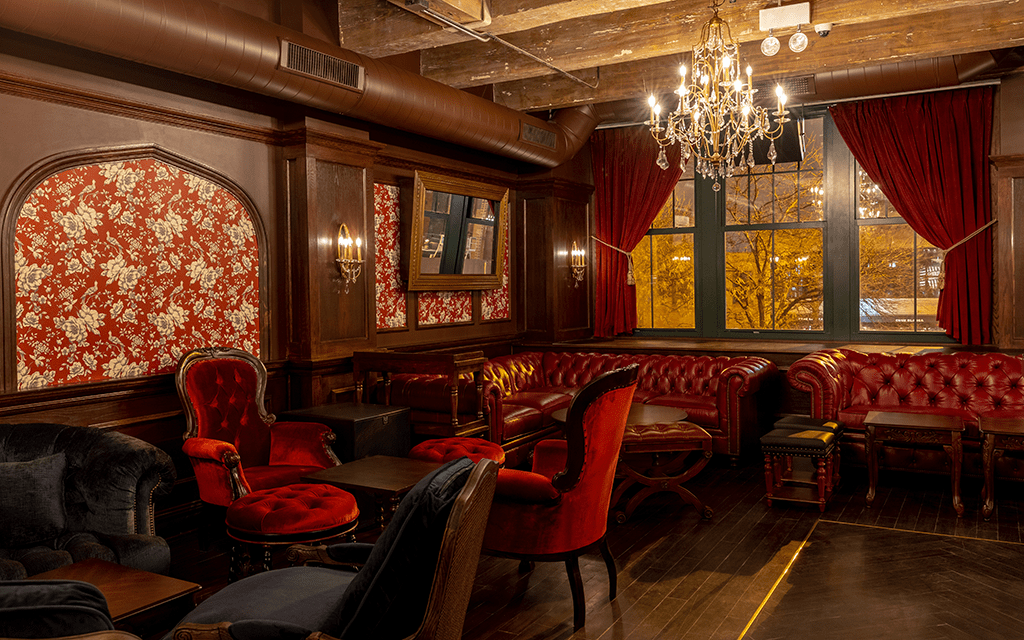 The Darling
West Loop
You’re here because: You’re up for a night of pretty cocktails, shared plates and surprise performances in an English-inspired bi-level space. Pinkies out, please.
You’re dining on: Dishes from Chef James Martin (A10) including a generous seafood platter with whipped house smoked trout, crab cakes, shrimp cocktail and cold smoked mussels, or the veal sweetbreads po’boy. Relax in the first floor library or upstairs lofty space while enjoying artfully presented cocktails such as The Darling Buds Of May with white rum, basil, passionfruit and apple cider foam. 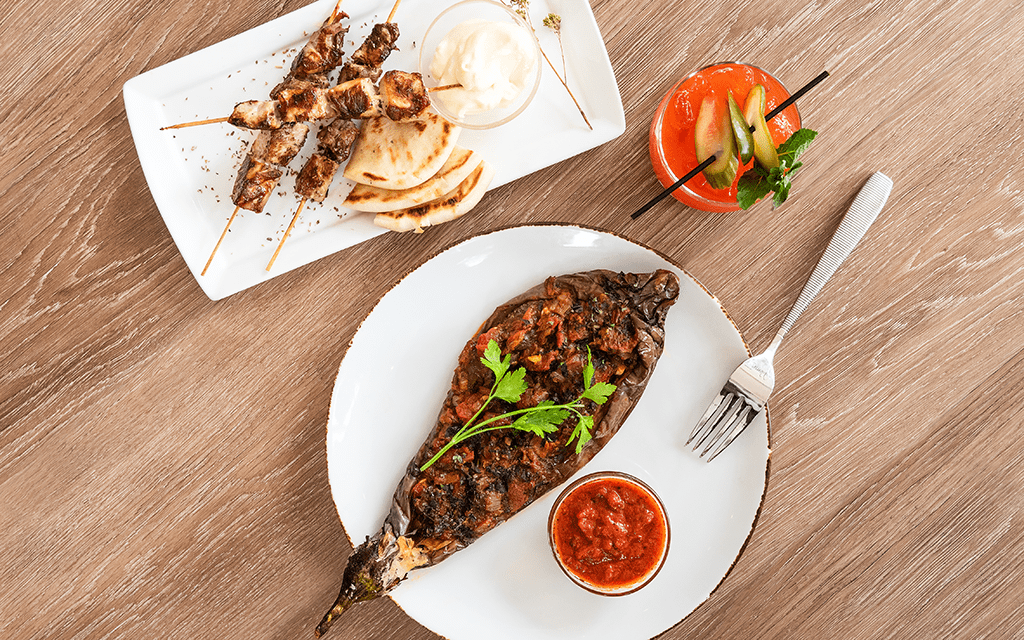 Avli
Lincoln Park
You’re here because: You want to enjoy a casual Greek dinner in the heart of Lincoln Park.
You’re dining on: Spreads like spicy feta or tzatziki, rotisserie meat sandwiches spanning the traditional (gyros) and the more nouveau (Berkshire pork), and large plates like moussaka or a simply prepared whole fish. Save room for a bite of caramel baklava ice cream. 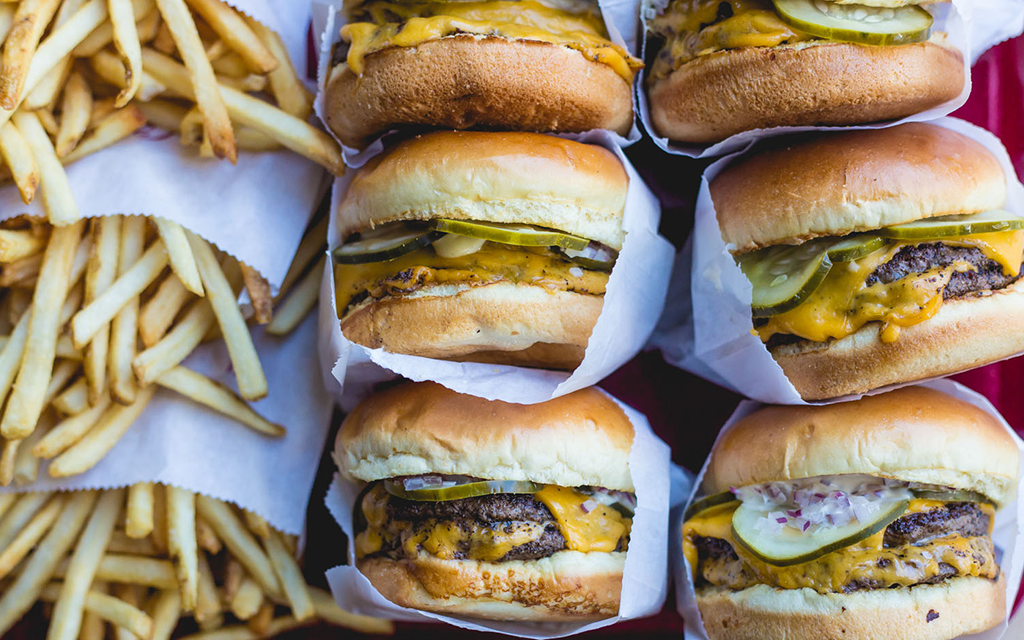 Aster Hall
Gold Coast
You’re here because: You need a food and booze-filled respite from holiday shopping or the extreme sport known as walking down Michigan Avenue.
You’re dining on: Pretty much anything you can dream of from Chicago food lord Brendan Sodikoff’s Hogsalt Hospitality. Think 16 food “vaults” across two floors of the 900 North Michigan Shops. You’ll find some old favorites like Small Cheval burgers, Green Street Smoked Meats brisket and Doughnut Vault old fashioneds, along with new favorites like Detroit-style pizza, rotisserie chicken, lobster rolls, tacos and much, much, more. 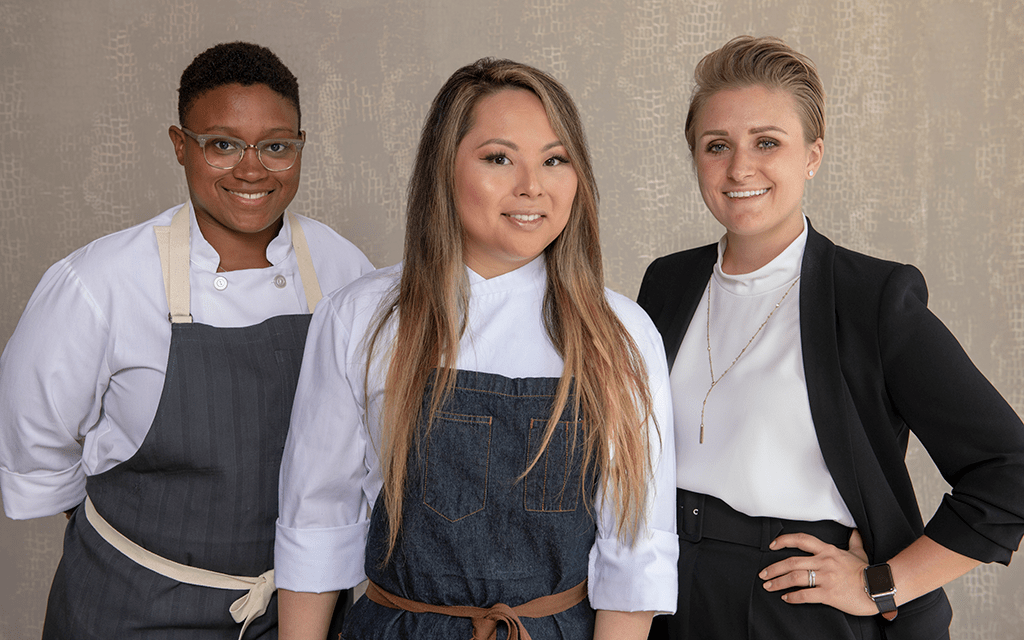 Virtue
Hyde Park
You’re here because: You’re in the mood for comfort food and Southern hospitality, with a slightly more patrician bent.
You’re dining on: Traditional dishes from Chef Erick Williams, including pimento cheese biscuits, fried green tomatoes, beef short ribs and blackened catfish with Carolina Gold rice. Take a seat on the bar side of the restaurant, where you can enjoy cocktails and a separate bar menu. Taureaux Tavern
Loop
You’re here because: You’re in the neighborhood for a luxe happy hour or a weekday work lunch from the team behind Cochon Volant.
You’re dining on: Executive Chef Mike Sheerin’s menu of French-inspired brasserie eats, include appetizers like the classic French onion soup, lobster bites and seafood towers. Massive sandwiches and salads, as well as impressive entrees including pastas, roast chicken and a selection of steaks round out the menu. 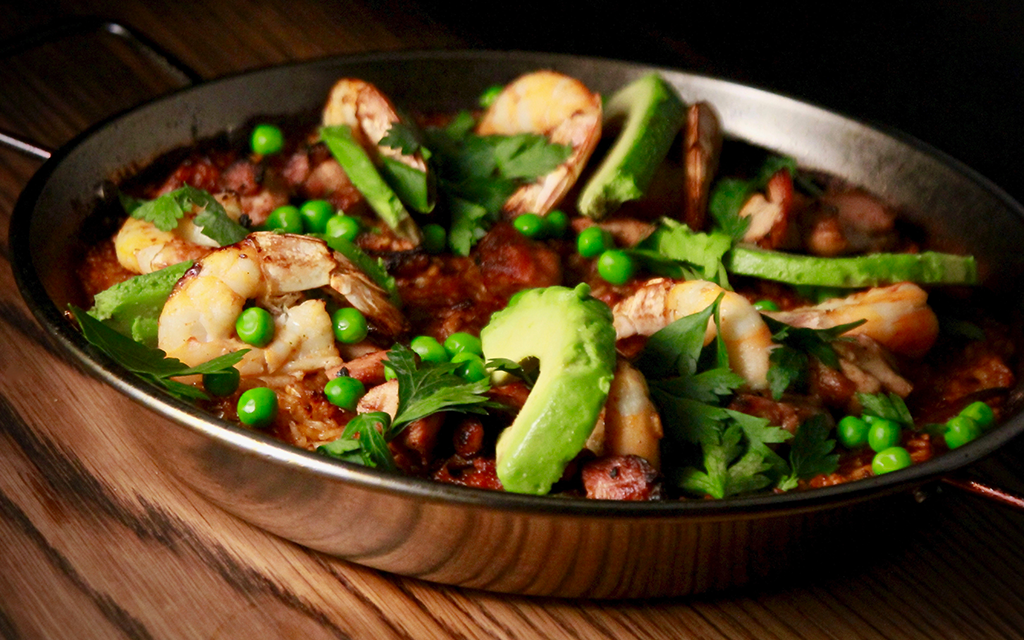 Bar Sótano
River North
You’re here because: You’re in the market for an underground Chicago hideout once the weather sets in, and the words “mezcal” and “Rick Bayless” mean something to you.
You’re dining on: You’ll enter Bar Sótano via a century-old freight elevator located in the alley behind Frontera Grill. Inside, you’ll find one of the largest selections of mezcal in the country and cocktails inspired by Mexican markets, which come care of Lanie Bayless, Ricky’s daughter and the beverage director at Frontera. Try the “Tacos al Pastor,” with chorizo-infused mezcal, roasted pineapple, lime and cilantro, and pair it with bar snacks like ceviche and housemade charcuterie or larger plates like the Mexican paella with shrimp, chicken thighs and red chile adobo. 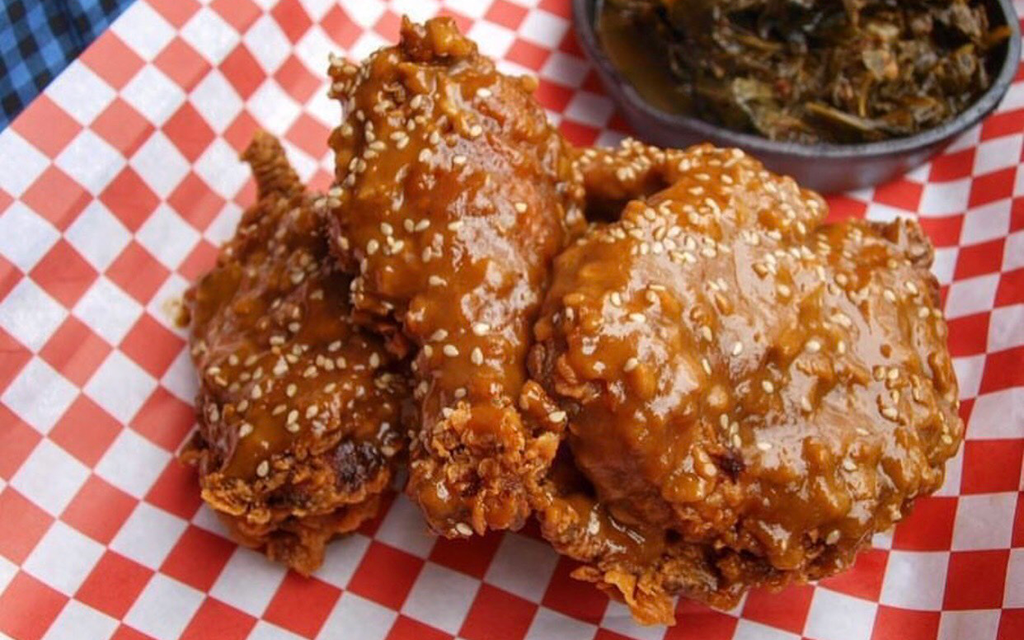 Luella’s Gospel Bird
Bucktown
You’re here because: You have a hankering for fried chicken in a casual neighborhood spot — it’s the sister restaurant to Luella’s Southern Kitchen.
You’re dining on: Three styles of chicken from Chef Darnell Reed, including buttermilk fried, smoked jerk and the signature gospel chicken (tossed in a tangy sauce and topped with sesame seeds). 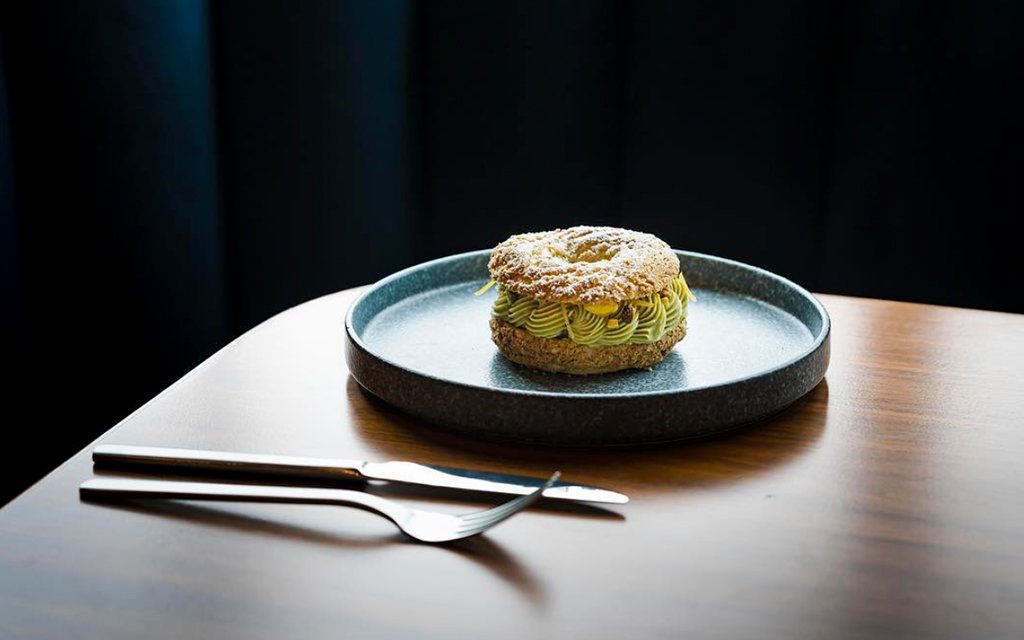 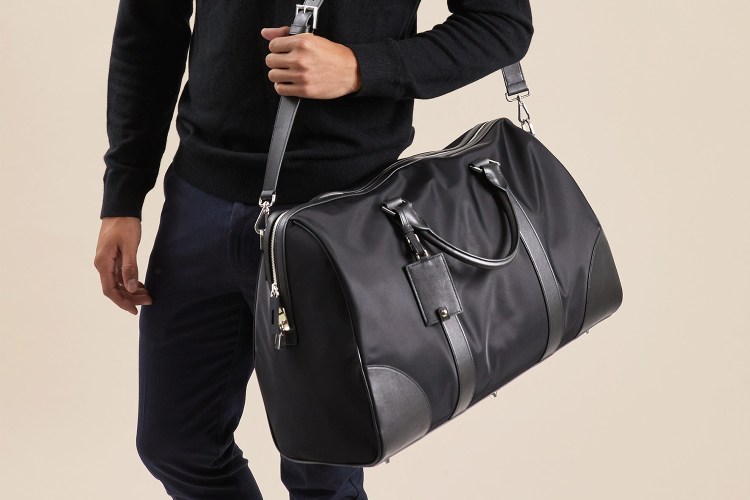