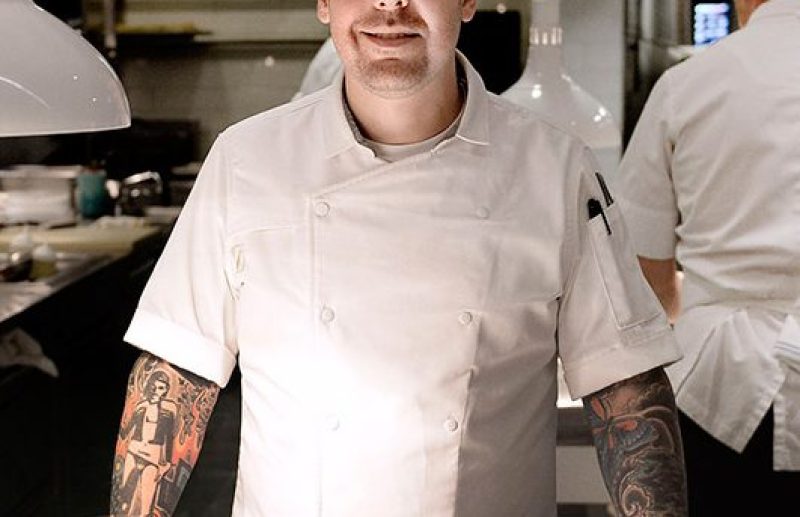 As a budding accounting intern at a large consulting firm, it didn’t take Washington, D.C. chef Aaron Silverman long to realize that the corporate life he had chosen was a recipe for boredom.

“I was miserable,” he said. “I thought cooking might be fun so I gave it a shot.”

Silverman’s leap of faith into the relentless heat of the kitchen paid off: The 34-year-old was awarded on Thursday a set of coveted Michelin stars, as part of the elite guide’s first handbook on the US capital.

The owner of two lauded establishments on Washington’s nascent foodie scene, Silverman earned two stars for his high-end Pineapple & Pearls and one for his debut hotspot Rose’s Luxury, known for its whimsical dishes and nonchalant ambience.

Diners flocked to Rose’s Luxury, with its industrial farmhouse ambiance, after it opened in 2013, sometimes standing in line outside for hours to sample dishes like boudin-stuffed squid, a salad of pork sausage, habaneros and lychees, or the unlikely hit of strawberry spaghetti.

Michelin judges and their discerning palates were especially taken with the restaurant’s $125 tasting menu. Concocted by sous-chef BJ Lieberman, it includes an appetizer of pickled quail eggs decorated with touches of caviar and gold leaf, a fusion of diverse culinary inspirations that earned the beloved eatery a single star.

Though his spectacular rise to the top might indicate otherwise, Silverman “was not born with a whisk in his hand,” he says on the Rose’s Luxury website. 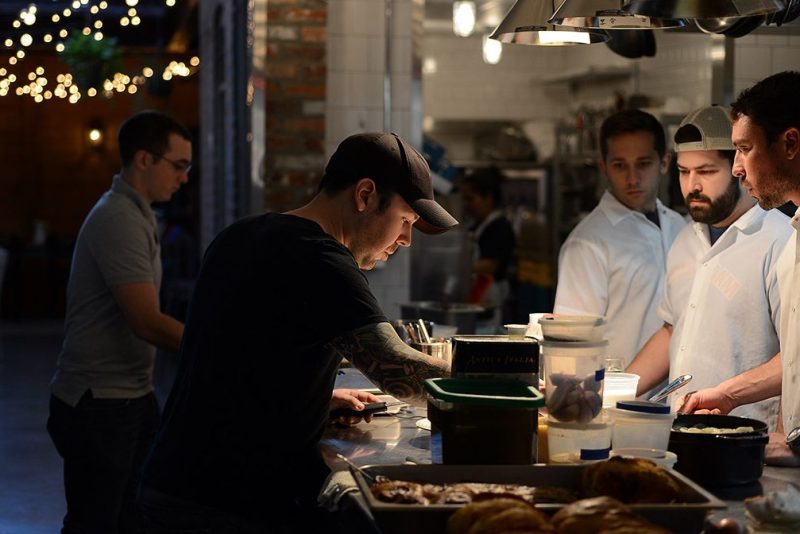 Chef Aaron Silverman, second from left, and his team prepare dishes inside the open kitchen at Rose’s Luxury on Capitol Hill. (Astrid Riecken for The Washington Post via Getty Images)

Before his first foray into the Washington foodscape as a professional restaurateur, Silverman completed several apprenticeships in the capital city then studied in New York under David Chang, head chef and founder of the Momofuku empire. He also ventured south to Charleston, South Carolina.

“We’re all from everywhere else,” he said.

He opened Rose’s Luxury with just 20 employees, a payroll that quickly jumped to 65 as the restaurant became an instant darling among D.C. diners—including the city’s most notable hometown celebrity.

“It was amazing,” Silverman said of the commander-in-chief’s birthday fete. “They were like the coolest, nicest people ever.”

Despite Pineapple & Pearl’s steep $250-dollar tasting menu, Silverman and his team worked to keep stuffiness from creeping into the sleek dining room that looks into an open kitchen. “We like things that are really fancy and elegant and luxurious but not necessarily formal, as formality kind of creates stiffness. Formality and uncomfortableness definitely detract from pleasure.”

“We tried to figure out how we could do fine dining that was fancy but fun.”

Silverman said the playful-chic vibes at his restaurants extend to the Washington restaurant scene as a whole: “There is a very strong camaraderie.” Indeed, Rose’s Luxury recently gifted a lunch delivery to staff at D.C.’s latest culinary smash, Bad Saint. (The cozy Filipino eatery has diners lining up Rose’s Luxury-style.)

“It’s awesome because what’s good for one of us is good for all of us,” the chef said. “We don’t really look at it as a kind of competition, there’s plenty of diners who want great restaurants to eat at to go around. We’re just looking to help each other improve and succeed and offer something better for our staff and guests in D.C. as a whole.”

Take a look into a day in the life of the Michelin Star chef below.