Notorious Lufthansa Heist left a trail of bodies and even more questions.

Lufthansa Heist robbery at JFK Airport. Employee shows FBI men where he and others were tied during robbery. (Photo By: Nick Sorrentino/NY Daily News via Getty Images)
By Lee Ferran

Exactly 40 years ago today, the thieves spilled out of the back of a van for a daring 3 a.m. heist.

The crew had arrived at JFK airport in New York, and they had already subdued one worker, but there were another 10 to go. Fortunately for the thieves, they were well-prepared — right down to knowing the names of the employees they were about to accost.

Once the gang got inside a warehouse on the airport grounds, they systematically rounded up the night staff, according to media reports. Each of the ten were threatened with bloody violence, and as a result none resisted.

One of the workers, a supervisor, was the key to the plot – he was the one who could open a vault housed in the warehouse. As terrified as his colleagues, the supervisor did as he was told.

And just like that, the gang was staring at $5 million in untraceable U.S. currency and another $1 million in diamonds.

After packing up their loot, the crew warned the bound employees not to call the police for at least 15 minutes and, in case they needed some encouragement, told them that they knew where they lived.

The score — known today as the Lufthasna Heist of 1978 — is one of the most famous crimes in American history – reinforced with cinematic immortality courtesy of Martin Scorsese’s 1990 mob masterpiece, GoodFellas.

“Lufthansa should have been the crew’s crowning achievement. A dream come true. The ultimate score for anyone who had ever hijacked a truck or moved swag out of the airport. It was the heist of a lifetime,” Nicholas Pileggi writes in an inside account of the mafia in New York titled, Wise Guy. 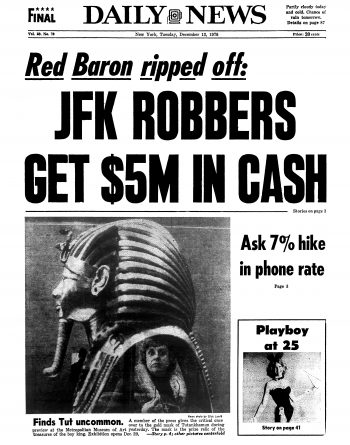 “And yet,” Pileggi wrote, “within days of the robbery the dream score turned into a nightmare. What should’ve been the happiest moment turned out to be the beginning of the end.”

After the heist the mobsters began to turn on each other. Alleged ringleader James Burke is suspected to have killed or ordered killed most of the people involved, and kept most of the money for himself. (Burke died in prison in 1996 while serving a life sentence for a different crime, The New York Times reported.)

With so many potential accomplices or witnesses dead or scared out of their minds, the case remained frustratingly unsolved.

By 1980, The Times reported that federal law enforcement officers had “gone on fruitless searches for cash or bodies and have delved into murders that later proved unconnected to the Lufthansa robbery. They have spent long hours in unproductive interviews with shady characters who said they had inside information – information that turned out on investigation to have been a fantasy.”

Then, more than three decades later, there was a twist when police arrested Vincent Asaro, a reputed member of the Bonanno crime family, in 2014 and charged him with playing a role in the heist.

“We never got our right money, what we were supposed to get,” Mr. Asaro is recorded saying to another mob figure, in 2011 on one of many recordings entered into evidence against the aging gangster.

Asaro’s trial went on for three weeks and “featured numerous former organized crime figures whose testimony painted a picture of the violent life of a New York Mafioso,” The Telegraph reported. 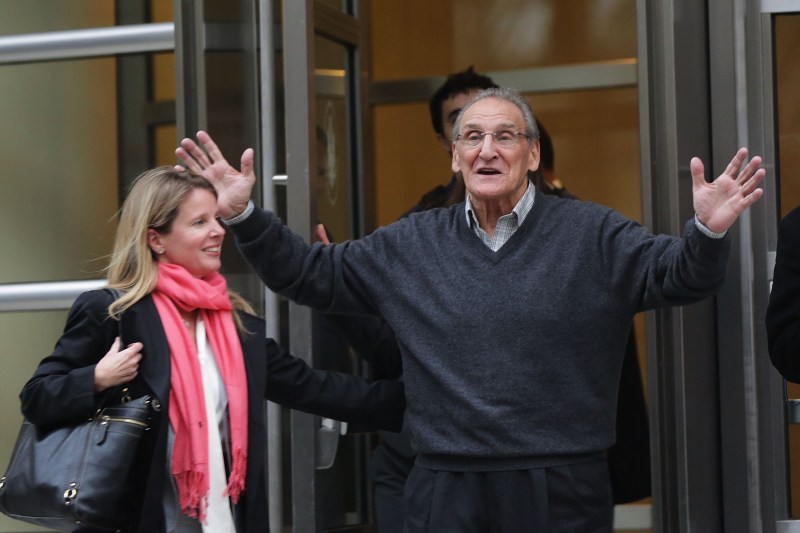 Alleged Bonanno crime family captain Vincent Asaro walks with his lawyers outside of a Brooklyn court house after a jury found him not guilty in connection with the 1978 Lufthansa heist at JFK International Airport. (Photo by Spencer Platt/Getty Images)
Getty Images

“The whole crew were homicidal maniacs,” another purported mobster, the late Henry Hill, is quoted as having told the newspaper in 2012. “Just about every guy was a cold-blooded murderer.”

But the story of the Lufthansa heist had one more twist in store: when the trial wrapped and Asaro was cleared of murder, extortion and other crimes.

“The 80-year-old at first looked confused as the verdict was read out, and then leaped up, punched the air and hugged his lawyers,” the Telegraph said. “’Your honor, thank you very much,’ he said.

Inspired by a Week of Hate Mail, I Listened to the New Greta Van Fleet Record

Do You Actually Know Your Own Implicit and Explicit Sexual Boundaries?

The 30 Best Bottles of Tequila for Cinco de Mayo
Inspired by a Week of Hate Mail, I Listened to the New Greta Van Fleet Record
Bill Gates Had an “Arrangement” With His Ex-Girlfriend While Married to Melinda
The 50 Best Dressed Men Over 50
Do You Actually Know Your Own Implicit and Explicit Sexual Boundaries?
How to Build Your "Show Muscles" in a Way That's Actually Sustainable

Remembering the Life of Julián Cardona, The Bard of the Borderlands
Why Aren’t There More Sugar Mamas?
Van Morrison's New Album Is an Utter Embarrassment
Everything at Reebok Is 30% Off, Including the Nano X's
This Brooks Brothers Polo Is Only $30
Take 25% Off Alpine Mountain Gear's 2-Person Hammock
You Can Save Hundreds at This Allen Edmonds Factory Seconds Sale
This Reliable Laptop Backpack From Everlane Is 25% off
LARQ's Self-Cleaning Water Bottle Is $50 Off