The 10 Best Canned Whiskey Cocktails to Enjoy This Summer

Many ready-to-drink whiskey tipples are kind of bad, but these canned drinks offer refreshment, convenience and interesting flavors

I extolled the virtues of the tequila canned cocktail a little while back — there are very few of these agave-based, ready-to-drink (RTD) cans that aren’t refreshing or sessionable. And while the quality varies, gin- and vodka-based canned drinks are usually, at worst, inoffensive.

But whisk(e)y drinks in a can? Besides being all over the map on ABV and ingredients, they often land too heavily on the sweet side and sometimes taste rather tinny. And “refreshing” isn’t a common descriptor with these drinks.

One issue: The spirit itself. “Most whiskey-based canned cocktails use minimally-aged whiskey that wouldn’t even be considered for a freshly-made cocktail,” says Brian Treacy, Sagamore Spirit’s co-founder and president of distillery operations. (Sagamore Spirit, represented with three cans below, uses aged straight rye whiskey from the same stocks that go into their bottles.)

In addition, whiskey isn’t the first thing people think of when they consider RTDs, which are known more for lighter flavors. So whiskey’s hold in the field is modest. 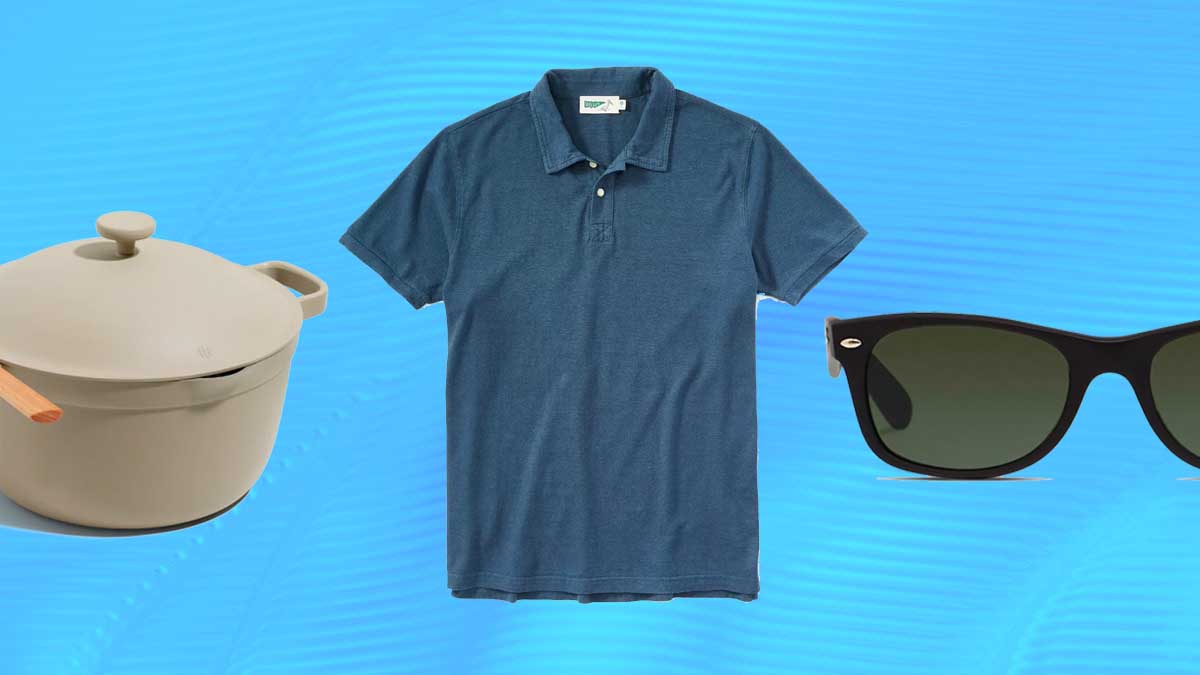 Because why should Bezos have all the fun?

“The ready-to-drink category has experienced massive growth in recent years and is extremely dynamic,” says Kate Pomeroy, the Head of Innovation at Pernod Ricard North America, which is represented on our list by Jameson Ginger & Lime, the first Irish Whiskey-based RTD in the U.S. “We see whiskey-based ready-to-drink cocktails as one driving force behind the category expansion and growth, although we recognize that the bulk of the category is still in malt and other spirits.”

Another issue specific to whiskey: The well-known whiskey cocktails (Old Fashioned, Manhattan, etc.) rarely hold up in a portable format. “It’s especially hard to cover up bad whiskey in a classic recipe that only has three ingredients,” says Treacy, although he does note that his brand keeps their canned drinks to a modest 3-5 ingredients. “We’re leaning into more innovative flavor pairings — our straight rye whiskey paired with Meyer lemon juice, green tea and natural yuzu flavor, for example.”

“I don’t think it’s necessarily about avoiding classic whiskey-based cocktails but rather responding to consumer preferences and needs for each occasion,” adds Pomeroy. “In particular, we see that citrus and berry flavor profiles have a high appeal amongst spirits drinkers as a whole. And the RTD format is naturally well-suited for lighter and more refreshing flavors to sip outside or on-the-go — it makes sense that whiskey-based RTDs build on these preferences.”

So, below, you’ll see a lot of whiskey drinks that aren’t necessarily going for the traditional whiskey drinker. For this roundup, we decided to stick purely with “canned” cocktails, leaving out ready-to-drink bottles, pouches, boxes or other containers. The selections here are more about considering a whiskey RTD in the same as you would a hard seltzer or a beer — preferably sitting in a cooler full of ice, with no separate glass necessary (but not unwelcome).

This Baltimore distillery just launched a national range of canned drinks, including Pineapple Ryegarita, Honey Paloma and a Lemon Tea Fizz, all made with Sagamore Spirit’s straight rye whiskey and co-created by the mixology minds of Baltimore-based CAnE Collective, Unfortunately, our favorite flavor, Black-Eyed Rye, had to take a short hiatus. “Because we use organic juices and no artificial flavors, our canned cocktail flavors are all subject to harvests and other supply-chain effects,” says Sagamore Spirit’s Treacy. “This year, there was a shortage of blackberries, which meant we had a limited supply of blackberry juice

I was expecting the initial canned offerings from this Tennessee whisky giant — Jack & Cola; Jack, Honey & Lemonade and Jack Apple Fizz — to be too sweet. But even at a modest 7% ABV, these RTDs are surprisingly thirst-quenching and less cloying than, say, a dive bar making you a Jack and Coke. Definite crowd-pleasers.

You can finally get a good canned cocktail for St. Patrick’s Day and summertime. Irish whiskey leader Jameson recently launched a line of easy-sipping whiskey/lime/ginger cocktails. Part of the appeal here is that this is very much in the realm of a whiskey highball or whiskey and ginger, but it keeps the ABV modest (6%). If your friends like canned drinks but are iffy on whiskey, this is the one to try.

New from the Indiana-based Cardinal Spirits, this canned cocktail is basically an adult cream soda (with real Madagascar vanilla beans) featuring a bourbon base.

The idea behind this new ready-to-drink brand is that each canned cocktail is tied into a celebrity (Sarah Jessica Parker, Ashley Benson, Vanessa Hudgens, Rosario Dawson, Playboi Carti, etc.). So yes, Parker’s drink is a Cosmo, while John Cena’s is a pretty decent Old Fashioned — not a lot of bite, but it’s a smooth sipper (and each can’ll get you the equivalent of two cocktails).

Let’s be clear — this is an 84-proof Rock & Rye cocktail in a tiny can that could certainly use a glass and an ice cube (though it’s not necessary or even encouraged). But it’s also the rare whiskey drink that does a nice job replicating a classic — basically, this is an Old Fashioned that actually tastes like an Old Fashioned.

Created by Clover Club’s Julie Reiner and Tom Macy, only two of these six bartender-crafted cocktails in a can are whiskey-based. But they certainly leave their mark: the Straight Rye Whiskey Mule emphasizes the ginger beer and citrus notes nicely alongside the rye’s peppery note, while the Prizefighter combines New York Distilling Company’s Ragtime Rye with flavors of peach (Massenez Crème de Pêche) and even a minty bitterness (Faccia Brutto’s Fernet Pianta).

One of the first rye-based canned drinks, these cocktails play to the strengths of any good whiskey RTD — it’s hard to go wrong with Blackberry Lemon Fizz, Session Citrus Mint or Fresh Ginger Lime. All of these are crafted with 100% Estate Rye and barrel-aged fruit.

While also offering up tequila and vodka drinks, the selling point of SH is the use of certified organic wildflower honey sourced from Lancaster, PA. That gives Spirited Hive’s Bourbon Whiskey Infused with Rosemary, Lemon & Honey (which uses real bourbon sourced from Green River Distilling Co. in Owensboro, KY) a gentle sweetness 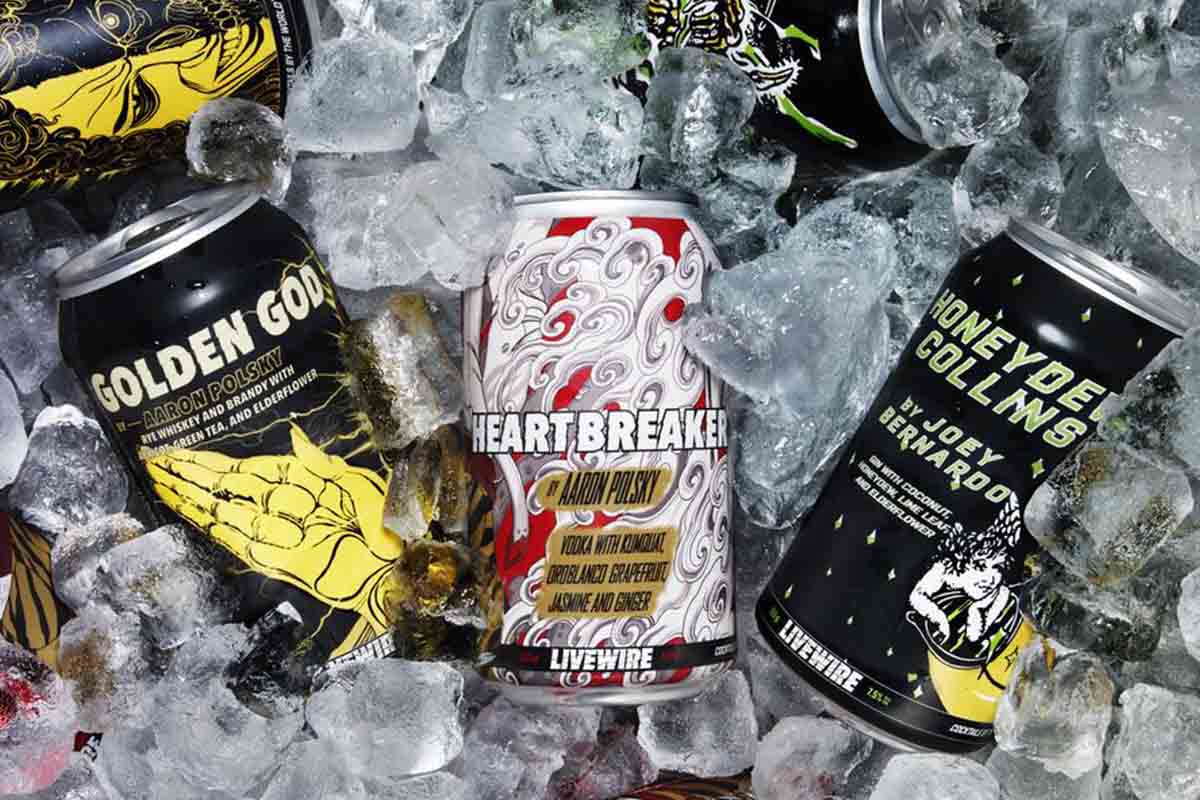 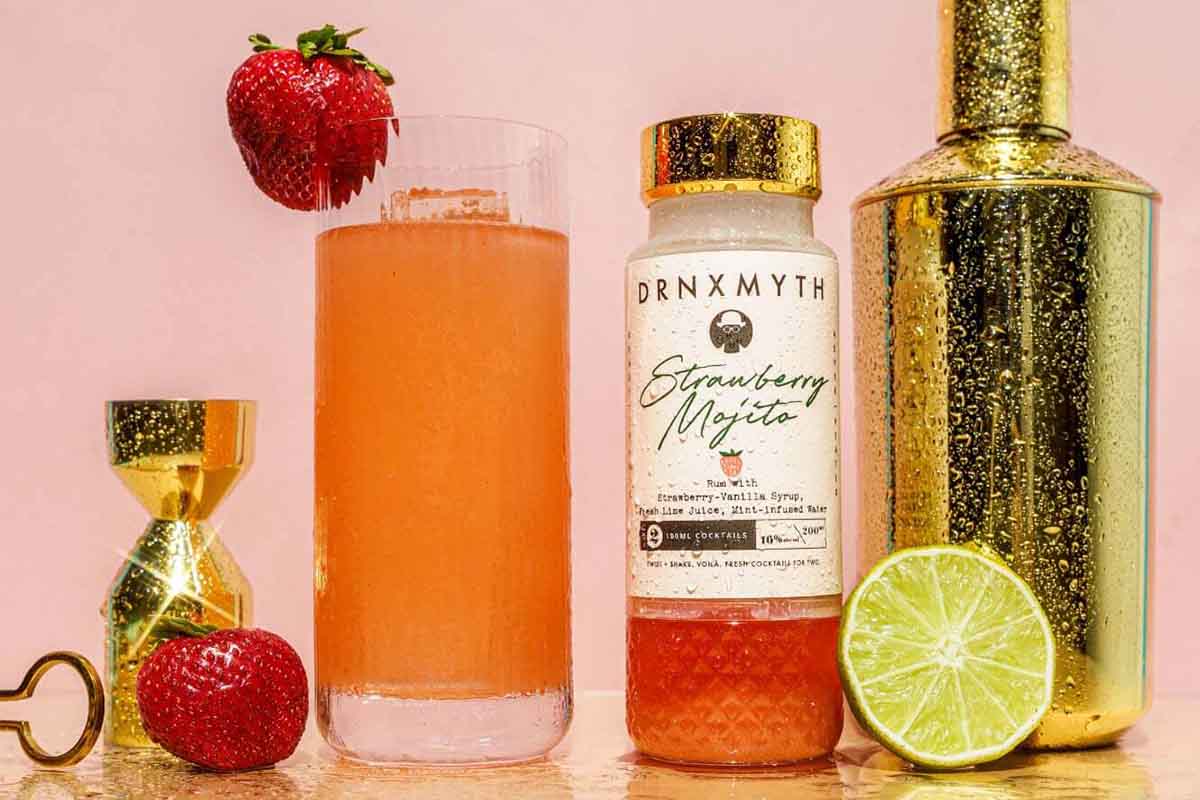 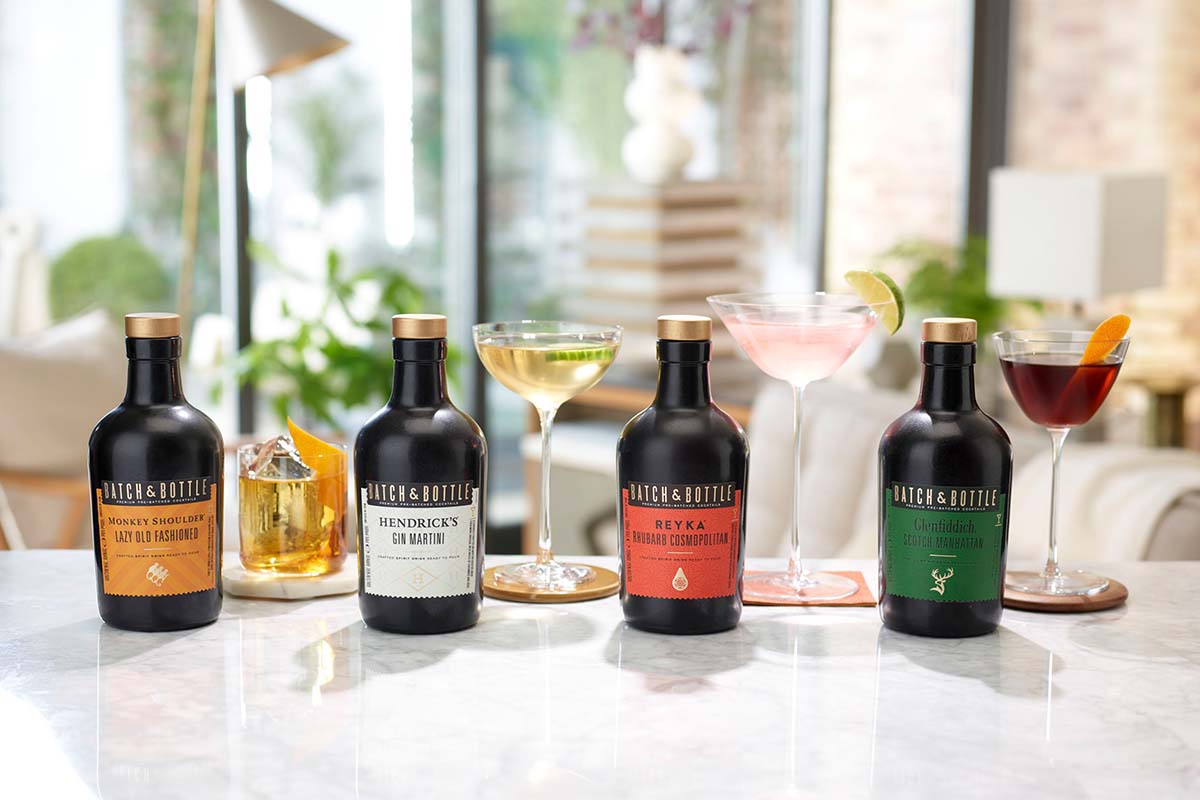