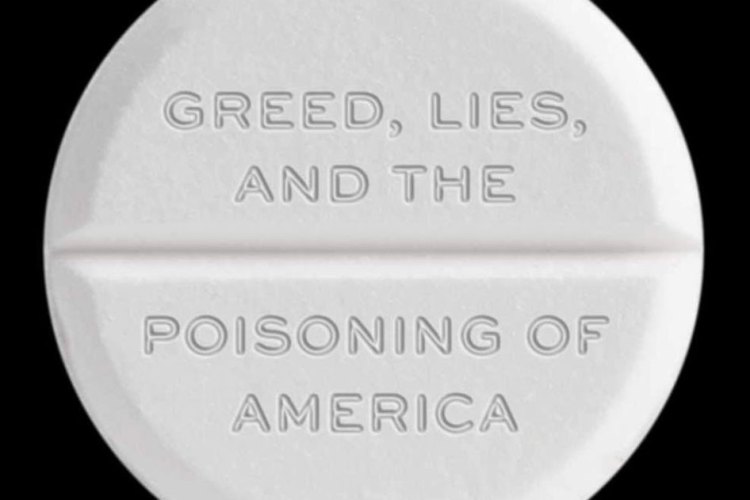 Sometimes books take on lives of their own. Take Gerald Posner’s latest, Pharma: Greed, Lies, and the Poisoning of America: at 816 pages, it’s a sprawling, ambitious look at the pharmaceutical industry that spans decades.

But that wasn’t the original plan.

“I wanted to do a book about pharma, but my idea was just sort of a 300-page history overview flying from 30,000 feet of the American pharmaceutical industry: how it started out, what does it do,” Posner tells InsideHook via telephone from his home in Miami Beach.

Initially, Posner believed the book would be a look at the unethical practices of some pharmaceutical companies, including ignoring undesirable test results and overpricing drugs. But he was worried that the manuscript wouldn’t break new ground.

So he decided to take a deeper dive into the unpopular industry. Pharma is a comprehensive history of medicine makers, beginning with the isolation of the morphine alkaloid by a pharmacist’s apprentice in the early 19th century, and ending with the story of the Sackler family, whose company Purdue Pharma manufactures the controversial painkiller OxyContin.

The drug industry hasn’t always been as unpopular as it is now, Posner says. In the middle of the last century, the companies were seen as lifesavers because of the polio vaccine and penicillin. But that began to change in the late 1960s, when the American public began to start losing faith in institutions they’d previously trusted. And then came the “Nelson pill hearings” in 1970.

“Nelson was looking into whether [drug manufacturers] had understated the effects of the contraceptive pill and the hormones that they were giving to women for menopause,” Posner says. “When it turned out in 1975 that they had, that coincided with a whole bunch of media coverage on whether Valium had been way overprescribed and a lot of people were addicted to it.”

While much of the pharmaceutical industry’s unpopularity with the American public stems from the ever-increasing price of prescription drugs, it’s also been involved in a years-long public relations nightmare over the opioid crisis. The Centers for Disease Control estimates that 46 people die every day from opioid overdoses.

Perhaps the most notorious of those painkillers is OxyContin, which was first released in 1985. The drug became a “blockbuster,” Posner says, largely because of Purdue’s marketing. While other manufacturers had introduced similar painkillers, Purdue was “the cleverest in terms of knowing who to market to.”

“They targeted  the areas of the country who were the most apt to go for it, and that was working-class, lower-income groups across Appalachia, in Kentucky, in West Virginia,” Posner says. “They took a foothold that nobody else had.”

The drug quickly became popular not just with physicians, but with street dealers who could barely keep the pills in stock.

“Oxy became, in the same way that some fashion victim who has to have a name-brand purse or pair of shoes or whatever else, popular with the people who started to abuse opioids in the Rust Belt,” Posner says. “That was the most valuable on the street, it sold for the highest price, you knew what it was.”

Purdue wasn’t the only company to engage in aggressive marketing campaigns, though.

“I don’t want the others to get off the hook,” Posner says. “They were all bad. But Purdue knew where to go, and they did it with a real fervor. I think that’s one of the reasons they took hold.”

In the book, Posner traces the Sacklers, the Purdue Pharma owners who have become one of America’s most notorious families. They’re seen by many, Posner says, as “stick figures, these evil corporate overlords,” although the truth is more complicated. The family revolutionized the way prescription medicine is marketed today.

“They were the ones who came up with the idea of free samples going out to doctors, which then became a standard for all of the companies,” Posner says. “They were the ones that made Valium the first 100-million-dollar drug and then the first billion-dollar drug. If you look at the Sacklers in the ‘50s, ‘60s and ‘70s, the way that they marketed what they had is right at the edge of propriety, as hard as you can do it, with a secret interest in other companies, knowing with doctors to target, understanding how to get editorial coverage. These aren’t just people who stumble on a good opioid; they have 40 years of family know-how in how to take drugs and make them blockbusters, and they did it.”

While the opioid crisis continues to ravage American communities, though, there’s a different epidemic dominating the headlines these days. How does Posner think the pharmaceutical industry is going to react to the COVID-19 outbreak that has people all over the world stocking up on masks and hand sanitizer?

“They’re going to try antivirals that are out on the market, they’re going to see if any of them work to help the conditions get a little bit better,” he says. “If one of the effects of COVID-19 is pneumonia, they’ll treat it as they do pneumonia. The longer-term solution is vaccines, which is 18 months away minimum, and vaccines are not 100% effective. We don’t know how virulent it will get yet this year. And it’ll just be something we have to deal with in the future, yet another thing like Zika, possibly.”

Posner is aware that the publication of his book, as the country is battling the COVID-19 outbreak, is a case of odd timing.

“You don’t want to have a book out that is getting a lot of attention, because it happens to be talking about a terrible thing happening,” he says. “Somebody said to me the other day, ‘Oh, gee, Posner, that’s a large book. It should be just about the right length to carry somebody through a two-week isolation period.’ I said, ‘Oh, that’s fantastic. Thanks very much. I’ll have to think about that.’”

Navy SEAL Kaj Larsen's Guide to Becoming a Better Swimmer
Fred Couples Slams LIV Golf as Saudi Series Accuses Tiger Woods of Doing PGA Tour's Bidding
What It's Like to Sail the Mediterranean With Viking for 10 Days
Not Your Grandparents' Aruba: A Modern Guide to the Island
The Twilight of the Hellcat