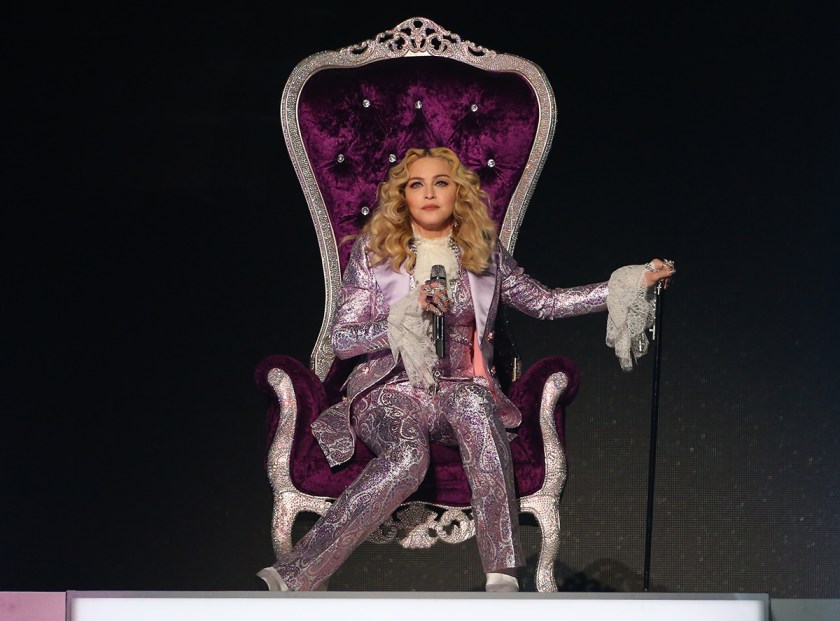 Singer Madonna is seen on stage during the 2016 Billboard Music Awards held at the T-Mobile Arena on May 22, 2016 in Las Vegas, Nevada. (JB Lacroix/WireImage)

Life is a mystery … and at least for these two women, they must stand alone.

No, Madonna didn’t have anything directly to do with Kendall Jenner’s now infamous turn in a pulled Pepsi advertisement—but she certainly knows how the furor surrounding it feels.

If you’re in your 30s or 40s, you’ll well remember the 1989 controversy surrounding Madonna’s own Pepsi ad campaign. Per a New York Times report at the time, the beverage giant said it’d pulled a commercial that March which featured the pop superstar, because “consumers confused the commercial with a music video by the singer that included religious imagery.”

That music video, as MTV viewers may remember, was for Madonna’s “Like a Prayer.”

But what was really at the root of the controversy was a scene from it where Madonna kisses an African-American man dressed in religious garb as a saint or priest figure—along with burning crosses and other religious-themed footage that offended many.

She had released the video just a day after the campaign started.

On Wednesday, Madonna posted a clip from Jenner’s Pepsi ad to her Instagram page with the caption: “When you wake up and realize sh-t just really doesn’t make sense! Side note: My Pepsi ad was pulled 30 years ago because I was kissing a black saint!”

She followed that up by posting a picture of herself holding a can of Coke.

Clearly there were more than one Pepsi generations when it comes to marketing controversies.

I Just Flew Three Times in 36 Hours Pre-Fourth of July Weekend, and Let Me Tell You, I Have Notes
It’s the Fourth of July. Do You Know Where Your Fireworks Came From?
Fire It Up on the Fourth: Bobby Flay’s Recipe for Grilled Pork Chops
The Best New Whiskeys to Drink This July
It Seems the Star Defectors of LIV Golf Series Are No Longer Good at Their Craft