That’s no small feat for an African-American artist, who was a high school dropout and once homeless—and had barely broken through in the art world by 1982, when he painted the piece. 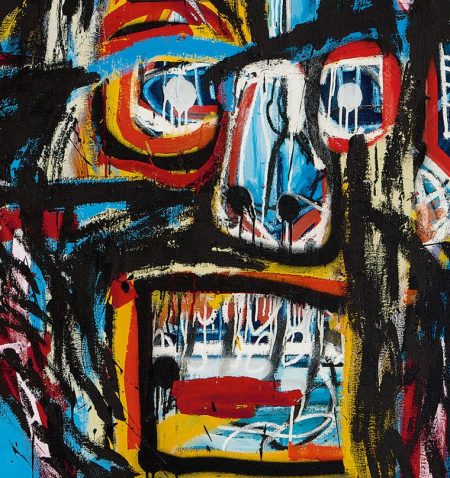 It’s also a major win for art collectors who already own pieces from his catalog. “Tonight, Jean-Michel Basquiat entered the pantheon of artists whose works have commanded prices over $100 million, including Picasso, Giacometti, Bacon, and Warhol,” said Grégoire Billault, head of Sotheby’s Contemporary Art Department in New York, in a statement.

The piece was purchased by Japanese entrepreneur and art collector Yusaku Maezawa, whom Forbes recently listed as one of the wealthiest men in Japan.

Watch the furious bidding war for the painting below.