Annoyed With Gmail? Its Ex-Designer Released a Free Extension to Fix It.

Simplify is almost perfect, with one huge flaw 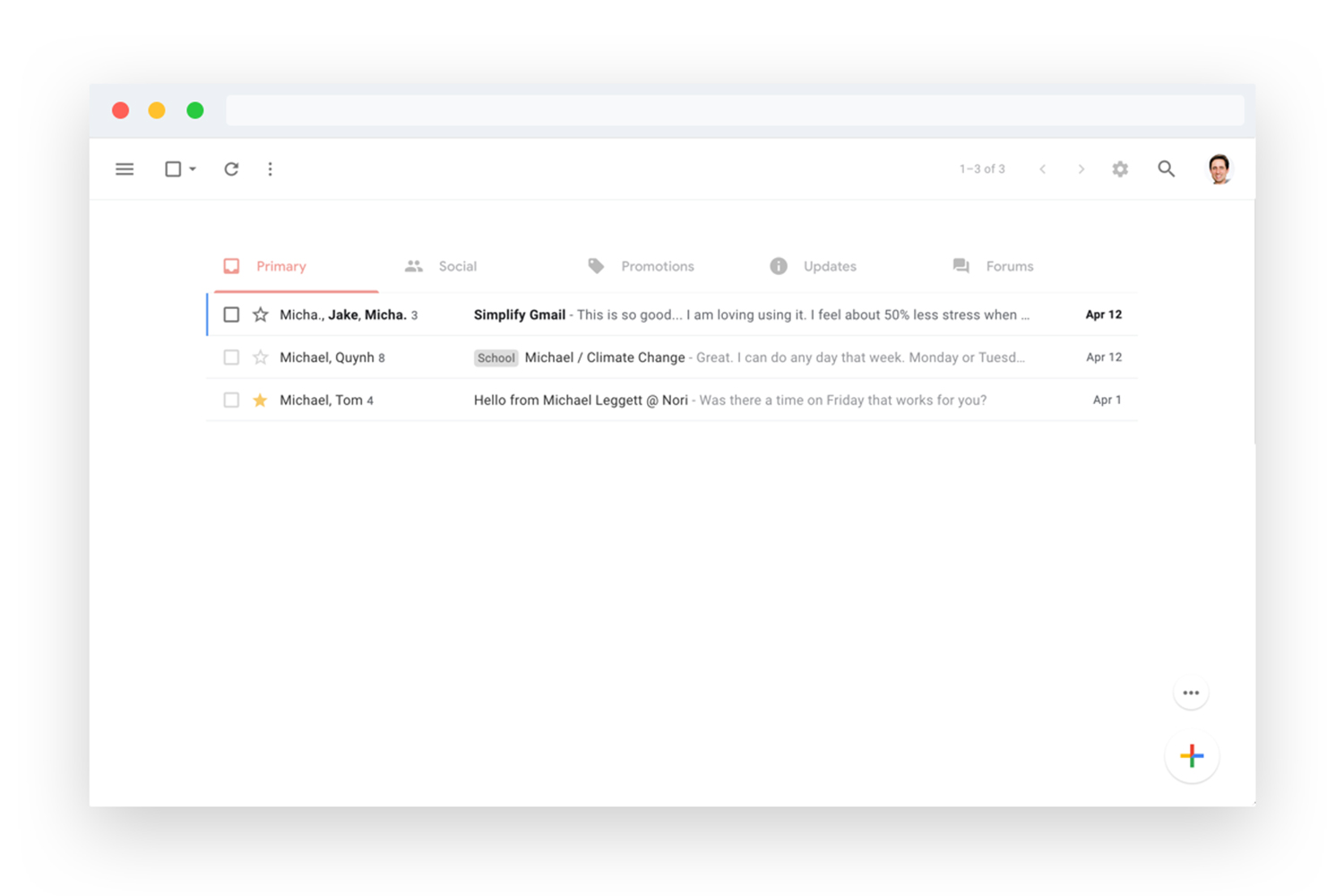 That’s Michael Leggett, the lead designer for Gmail from 2008 to 2012, talking to Fast Company about the current iteration of Google’s email platform. Specifically, he’s talking about the “huge f*cking logo” in the upper left. More generally, he’s peeved at the annoyingly convoluted design, “like Lucky Charms got spewed all over the screen.”

So he set out to make a simpler, cleaner, even tranquil version of Gmail for himself, as well as all the people who spend much of their day using the app. His solution: Simplify, a free Chrome extension that declutters your Gmail experience.

Here are some of the changes you’ll see (or not see) once you install it:

Altogether, it’s beautifully pristine. Sort of like seeing a Tahitian white-sand beach after spending your entire life at Coney Island. It feels empty, but then you realize the only thing missing is all the trash. And for many Gmail users (at the time of writing, there are almost 15,000 using Simplify), this extension will be a palpable salve for the constant annoyance that is email.

Unfortunately for me — or anyone else constantly accessing Google Docs, Sheets, Drive or any of the other Google Apps that sit in the upper right-hand nine-dot drop-down menu — you’ll have to pass on Simplify for the moment, because the menu doesn’t exist.

This issue has been raised with Leggett on GitHub here. He originally said he had no plans to add it back in, but on Wednesday he posted that he is working on a potential way to incorporate it.

Go ahead and try Simplify for yourself here. But until Google Apps is back in a more easily accessible way, I’ll just be over here listening to Joni Mitchell’s (sorry, I mean Counting Crows’) “Big Yellow Taxi.”