The Five Most Extreme Sports, Ranked by Danger Level

You don’t need to be an Olympian to compete for eternal glory. Around the globe, athletes are constantly training for the most hair-raising and adrenaline-pumping sports on the planet, whether or not that lands them with a medal on the world’s stage. We rounded up the most extreme sports ranked by danger level, which we measured by how quickly things go from “bad” to “dead” in a worst-case scenario situation. Do you agree with our list? Take a look below.

The perils of mountain climbing vary significantly depending on weather conditions, experience level, and which mountain you’ve decided to ascend. Severe exhaustion, dehydration, avalanches, falling rocks, crevasse falls and hurricanes are just a few of the many risks you assume when mountain climbing. But as one National Geographic writer put it: Take away the risks and the adventure is lost completely. 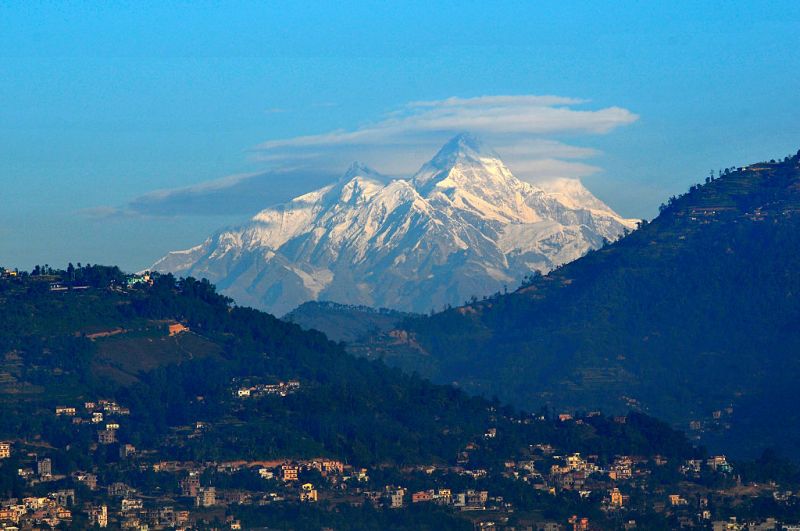 Unlike mountain climbing, where you can start small and work your way up, big-wave surfing truly is for the pros. Everyone has to start somewhere, but get sea legs on manageable waves before taking on 80-100 foot monsters in Tahiti, China, or Hawaii’s Banzai Pipeline. At least ten people are thought to have died there — it spits boarders directly onto a shallow reef, and with every swell comes the risk of drowning. If you’re looking for a hit of adrenaline, the prolific surfer Laird Hamilton says taking on the ocean is the perfect place to do it: “I believe that people take on the forces of nature because that’s when you feel the most alive,” he said in an interview with the Weather Channel. 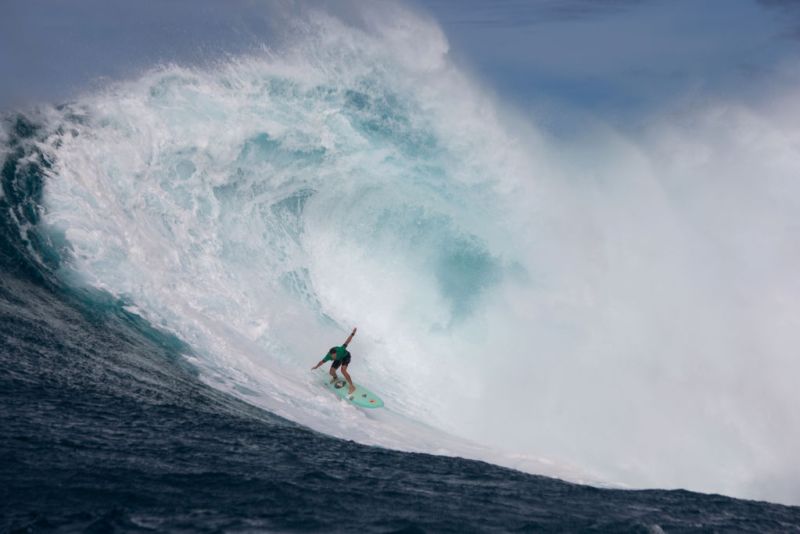 Ian Walsh from Maui, HI, rides a big wave at Jaws (Pe’ahi), off the coast of the Maui Island in Hawaii on the first day of the Pe’ahi Challenge 2017, on October 27, 2017. (Brian Bielmann/AFP/Getty)
AFP/Getty Images

Just the thought of cave diving is a claustrophobic’s worst nightmare. If big-wave surfing is the most dangerous thing you can do on the water, cave diving is the riskiest below the surface. If the specialized training and prospects of hypothermia or running out of air don’t scare you away, the knowledge that the sport continues to claim the lives of its most experienced athletes might. 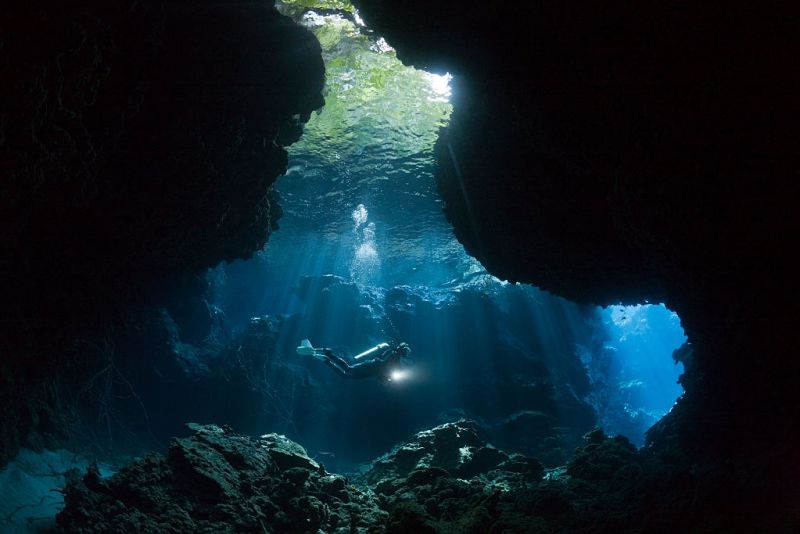 It’s not all that different from James Bond — except 007 didn’t warn viewers about the deadly risk of avalanche. Helicopter skiing is often done in the untamed backcountry of places like British Columbia, Alaska and Switzerland. Enjoy the pristine wilderness, but remember that it can come at a price much higher than the $4,000 deposit. 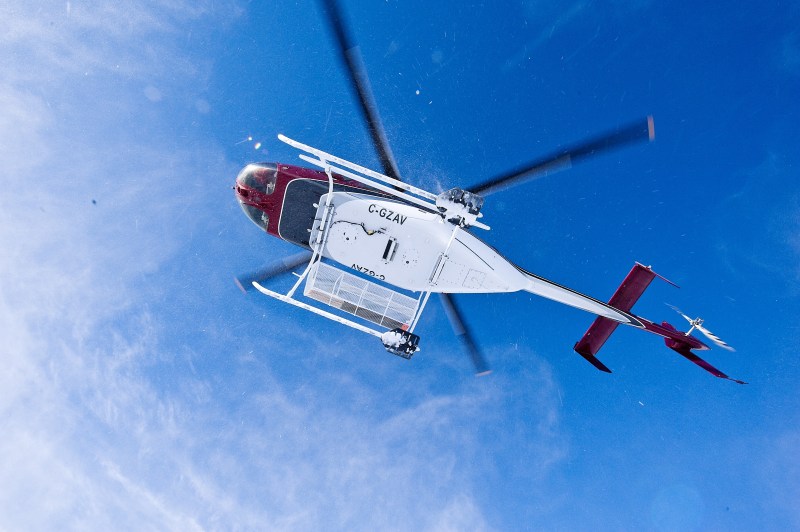 There is truly no room for error in BASE jumping; the alternative to a perfect jump is often an instantaneous, extremely painful death. Since the first recorded BASE jump in 1783 in Montpellier, France, onlookers have been astonished, and unable to look away since —despite the danger inherent in the sport. For every sixty participants, one dies, sometimes accidentally live-streaming the horrific crash as it happens. The deaths come from all different places: According to National Geographic, BASE is an acronym for the various perches from which a participant can leap from, which includes bridges, antennas, bridges (spans) and Earth itself. But if it seems cut and dry —live or die — it isn’t. There’s an important distinction in the community between “regular” BASE jumping and “wingsuit” BASE jumping. The former is done with a parachute and the latter with a bodysuit; some say it’s the closest we’ve come to true human flight, and people can’t get enough of it —even if it kills them. 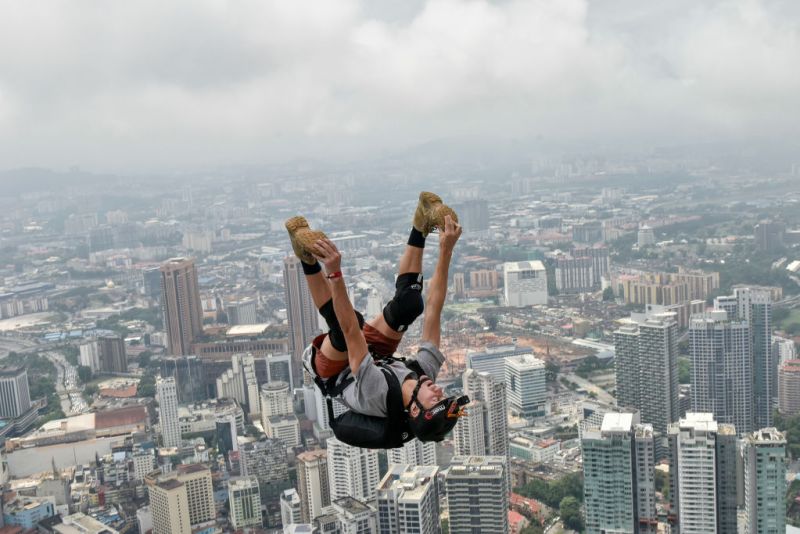 Larry’s 50 Funniest Grievances on “Curb Your Enthusiasm,” Ranked
100 Ways to Live to 100: A Definitive Guide to Longevity Fitness
Jerry Seinfeld Shares His Favorite "Seinfeld" Joke
The 12 Sci-Fi and Fantasy Books That You, an Adult, Should Read
An Offroad Motorcycle That’s Texas Tough … and Eerily Quiet
Are Sports Illustrated Swim Readers Ready for Radical Inclusivity?

How to Rock a Big Suit Tastefully, Just Like David Byrne
The Playbook for a More Adventurous Life, Courtesy of “The Real Indiana Jones”
Is the New "Peloton of Vertical Climbers" Worth Its Near-$3,000 Price Tag?
Looking for a Pair of Crocs? This Flash Sale Has Exactly What You Need.
Save $99 on This Vibrant Lululemon Stretch Down Jacket Today
Spice Up Your Fall With 30% Off J.Crew’s Pleated Corduroy Pants
Proof's Versatile Joggers Are $53 Off at Huckberry
Anker's Latest Sale Gives You All the Power You'll Ever Need
Take Up to 50% Off Waterproof Boots From The North Face, Sperry and More