The 1% Want Custom Cars, So Rolls-Royce Is Reviving a Century-Old Program

For years, automakers have realized they can reap huge profits by convincing the general public they need oversized SUVs instead of more modest sedans. For upselling to the wealthy, however, the focus of late has not been on size, but on customization. In the last year, a slew of upmarket brands, running the gamut from Jeep to Porsche, have announced new customization initiatives, which means it was only a matter of time until the worldwide leader in bespoke automobiles upped their game.

This week, Rolls-Royce Motor Cars announced it is “re-establishing” its Coachbuild department, bringing back a way of building cars that’s over a century old. Essentially, the first name in luxury vehicles will now offer customers the chance to design and buy a completely unique, one-of-one car with a custom body shape. Not satisfied with putting your personal touch on a Ghost? Now you can dream up your own bodywork, and give it a name, too.

Two days after announcing the return of coachbuilding, Rolls-Royce unveiled the Boat Tail, the first vehicle created under the program. Actually, it’s three vehicles, developed over a four-year collaboration with three of the marque’s “most special clients.” According to Roadshow, the customers all agreed they wanted a similar body type for their custom cars, but that doesn’t mean much else will be the same; as the outlet explained, the one example that has been unveiled features a unique blue color, “and the specific name of the hue is the couple’s last name, so the company is just calling it ‘Blue’ to protect their anonymity.”

Coachbuilding in the automotive sector was the norm back when cars were first replacing horse-drawn carriages. The bodywork on these new motorized vehicles was often customized from buyer to buyer, and outsourced to specialized coachbuilding companies (you’ve probably heard of some of the more notable names over the years, like Pininfarina and Zagato). But as Rolls-Royce explained, even as other automakers brought the process in-house, they relied on outside coachbuilders for decades for certain models; in this new incarnation, they’re doing things differently.

“By moving away from monocoque construction to something closer to a traditional rolling chassis, Rolls-Royce has reacquired the freedom to construct almost any body shape its patrons can imagine, constrained only by fundamental design and engineering requirements,” the company said, referring to their all-aluminium space-frame chassis that can be found on the Phantom, Cullinan and Ghost.

As we’ve previously detailed, the customization options available on Rolls-Royce’s standard models — from paint to embroidery to replicating the night sky on the ceiling — were already seemingly endless. What convinced the company to now offer custom bodies as well was the success of the Sweptail, a one-off coachbuilt project unveiled in 2017 that was then the most expensive new car ever built, with a price tag of $12.8 million. While the official price of the new Boat Tail models hasn’t been released, it’s highly probable it will exceed that figure.

“[The Sweptail] was, by definition, an entirely unique commission; but in our minds, it was the start of a journey,” said Rolls-Royce CEO Torsten Müller-Ötvös.

That journey — to craft completely unique eight-figure cars — is now open to all. Well, all who can afford it. 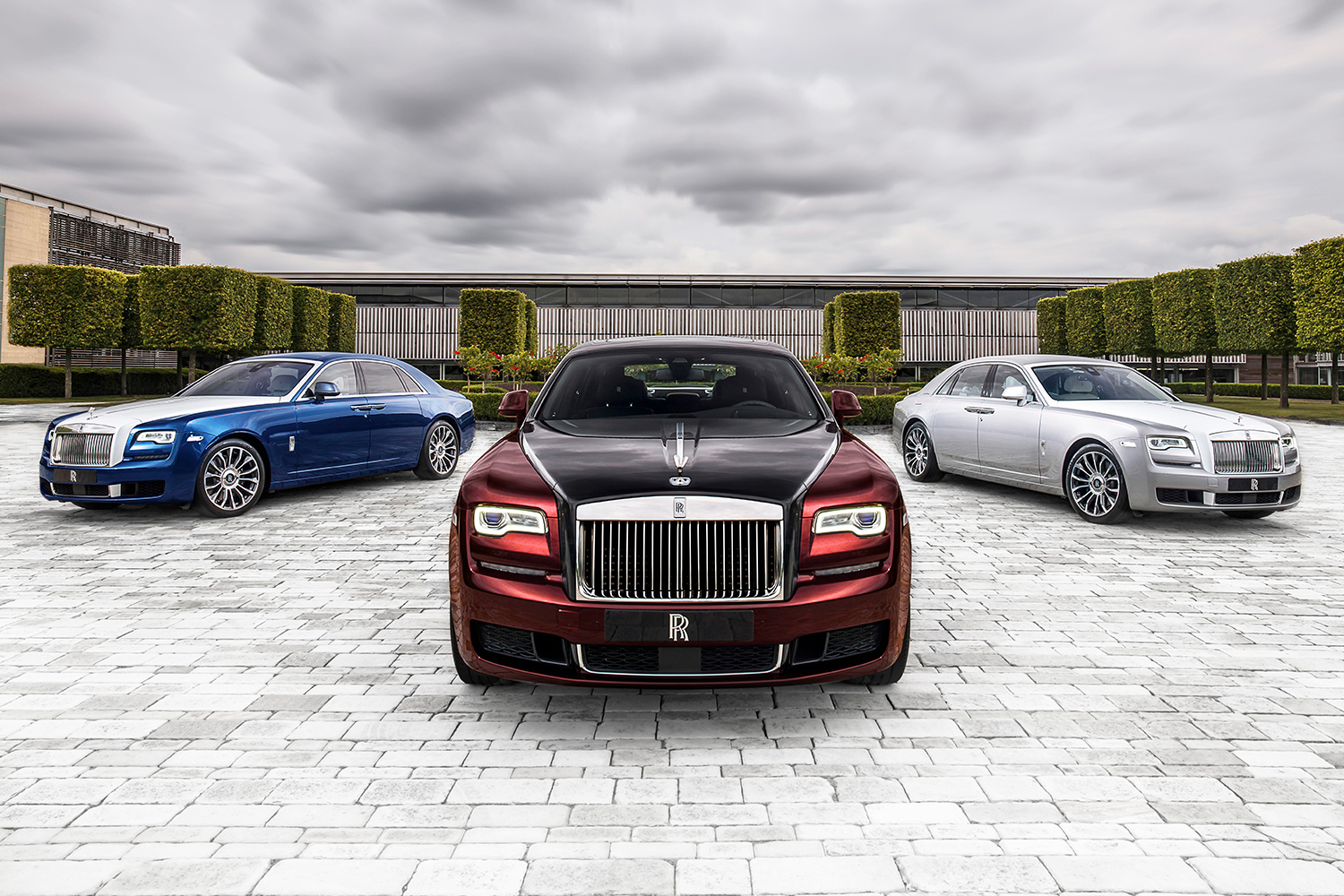 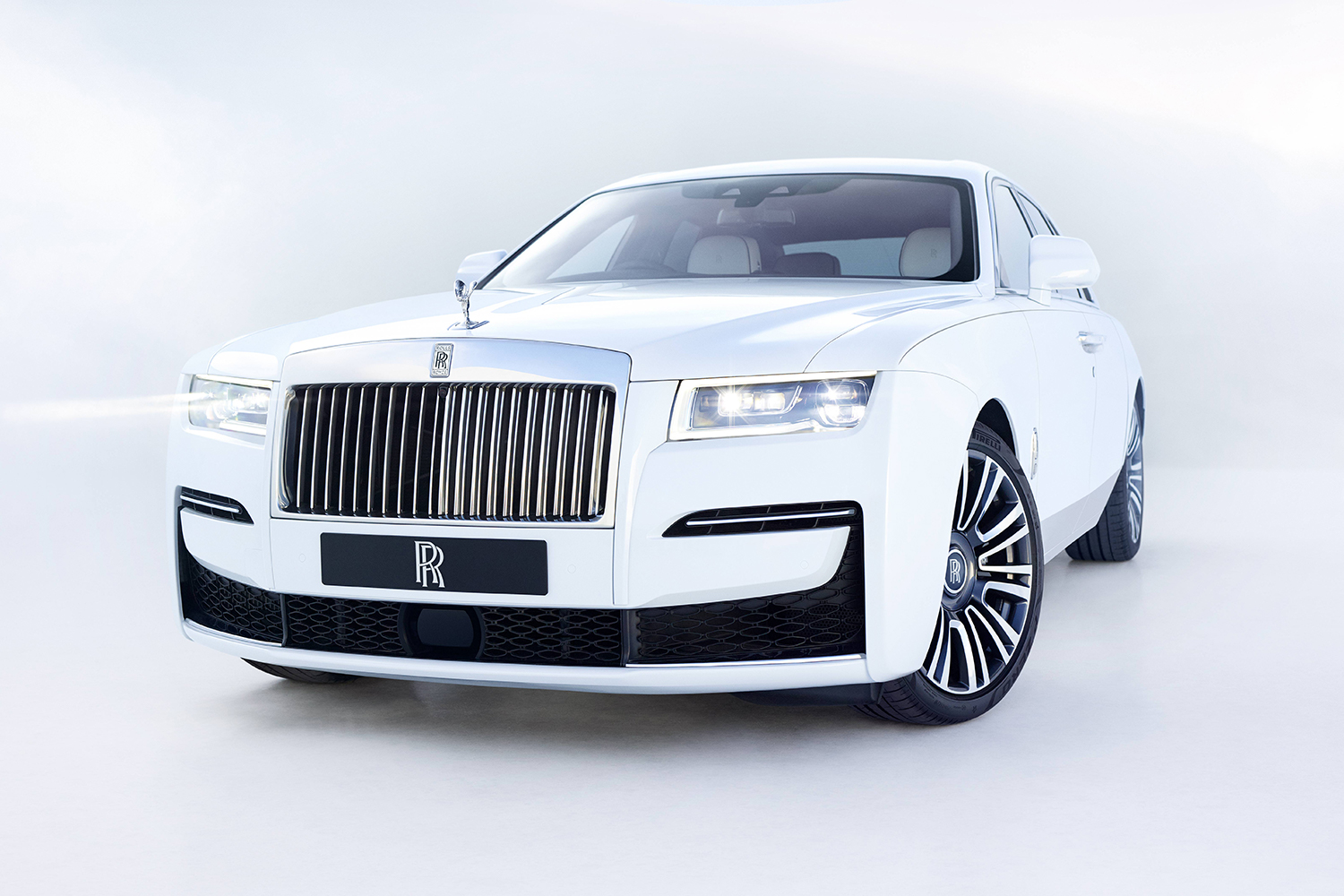 Rolls-Royce Christens Its “Post Opulent” Era With the New Ghost