Porsche Is Designing a New Vehicle for Star Wars

The starship will be unveiled at the "Rise of Skywalker" premiere

What would a Porsche look like in the Star Wars universe? We're about to find out.
Porsche AG
By Alex Lauer @alexlauer

This week, Porsche announced its most futuristic design of all time. No, we’re not talking about a new version of its Taycan EV. This is a vehicle so far, far away from everything they’ve designed before that it won’t be measured in something as earthly as miles per hour — it’ll be measured in megalight per hour.

That’s right, the German marque is working on a new vehicle for Star Wars. “Designers at Porsche AG and Lucasfilm Ltd. are collaborating on a fantasy starship design that will be presented at the world premiere of Star Wars: The Rise of Skywalker,” according to a press release.

That premiere is currently set for December 20th, and while that’s only two months away Porsche and Lucasfilm haven’t released any specifics about the design. Will there be sublight thrusters? Laser cannons? Planet-exploding superlasers?! We’ll have to wait and see, as the companies have only released a few brainstorming photos, including one where Doug Chiang, vice president and executive creative director of Lucasfilm, and Michael Mauer, vice president of style at Porsche, are seemingly poring over classic Star Wars vehicle designs. 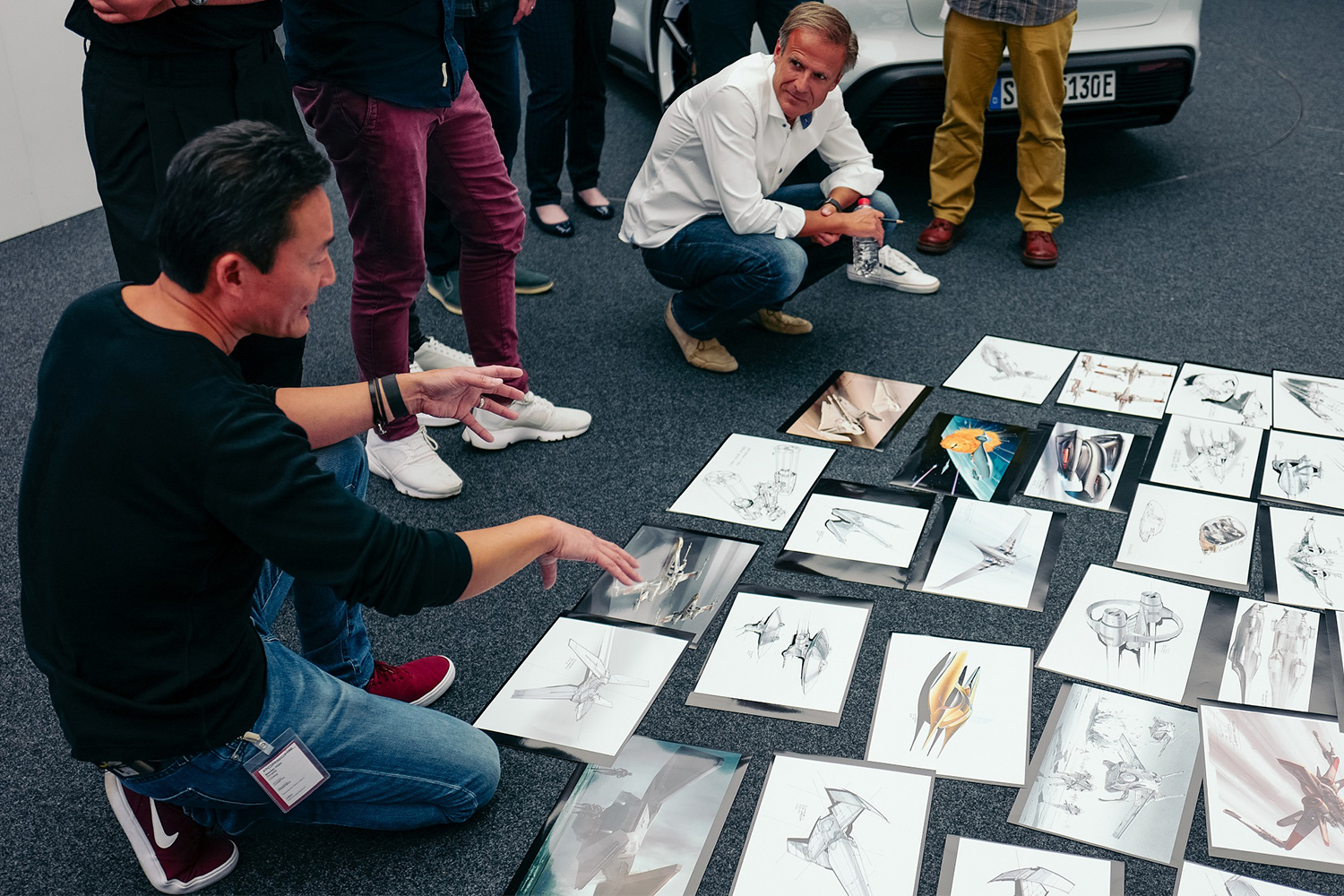 Doug Chiang of Lucasfilm and Michael Mauer of Porsche working on the vehicle design. (Porsche AG)

“The worldwide appeal of the Star Wars and Porsche brands is shaped decisively by their iconic designs,” said Doug Chiang, the man responsible for overseeing all designs for the Star Wars franchise. “We are bringing together two worlds with this project: the exotic film design of a galaxy far, far away and the precision work that goes into developing emotive Porsche sports cars. This collaboration promises to produce an innovative design that will blend the best of both brands to create an exciting new starship worthy of Porsche and Star Wars.”

The bad news (if there can be such a thing with a collab this perfect)? The vehicle won’t actually be appearing in The Rise of Skywalker, and there’s no tell of what the final form will be — whether it will be simply a digital representation or a full-size physical model.

So it’s not going to be in the movie and Porsche won’t be selling it, so why are they doing it? “In addition to the model’s public unveiling … Porsche will also be showcasing their first all-electric car – the Taycan – at the event.” Ah, of course — our old friend product placement.