The 2020 Land Rover Defender Is Here. You Should Wait a Year to Buy One. 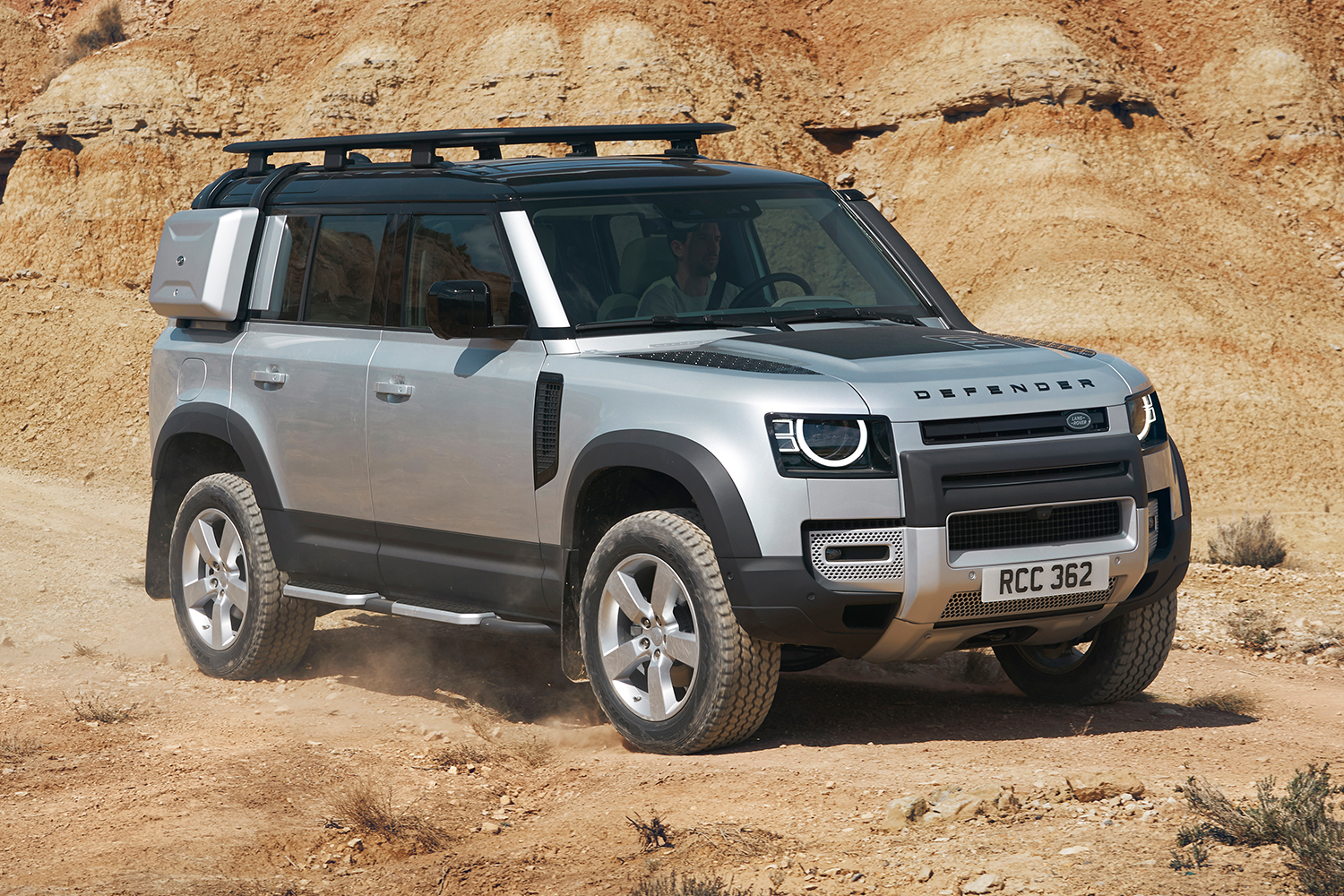 The United Kingdom has been waiting three and a half years. The United States has been waiting 22 years. Today, the world decides if the wait was worth it: the 2020 Land Rover Defender, a modernized version of the legendary off-roader, has finally been unveiled.

The official event took place at the Frankfurt Motor Show (with the Defender crawling down a 42-degree incline, naturally), and it seems we have not been waiting in vain. While it is most definitely not the second-coming of the Series models that debuted back in 1948 (preceding the Defender name), Land Rover made a point of calling back to the iconic boxy design as much as possible while also keeping the performance and safety top of the line.

Here’s a breakdown: There will be a two-door Defender 90 and four-door Defender 110 available, a reference to the old names. (But unlike the original models, those numbers don’t match the length of the wheelbase.) The 110 will be offered first, in spring 2020, with the 90 coming after. They feature new D7x lightweight aluminum architecture (the company’s stiffest body structure ever made), and there are two available powertrains at launch: the P300, a gas-powered, turbo-charged four-cylinder, and the P400, a gas-powered, electric-assisted, six-cylinder mild-hybrid (MHEV).

Plus, there are multiple trims, seat configurations and accessory packs. In other words, you’ve got lots and lots of options! And right now, Land Rover wants you to build one on their website or, simply, click “I Want One” and get on the list for one of the first 110s, which will start at $49,900 in the U.S.

But hold that click! There’s one big reason you should hold out another year to buy a Defender, a reason somewhat buried in the press release and other writeups you’ve seen about the new model.

Set to debut sometime in 2020 is, miraculously, a plug-in hybrid Defender. Yes, according to Land Rover, a PHEV Defender “will join the range next year providing the prospect of silent EV-only progress.” That means it most likely won’t be on sale until 2021, but what’s worth waiting 23 years for is worth waiting 24 years for, in our humble opinion.

The reason we’re so excited about a plug-in hybrid Defender is because, frankly, we all should be driving much more fuel-efficient vehicles that rely less on gas, but all-electric vehicle technology is just not where it needs to be for off-roaders. Plug-in hybrids, on the other hand, have a realistic chance in the near future of combining the best of both worlds — that is, environmentally-friendly technology and all-environment-traversing performance.

Of course, we’re being vague here because the details about the PHEV haven’t been released apart from the tease. But that, paired with all the videos explaining the new Defender options [like the one below], is enough to get us through until the next landmark unveiling.