Ford Considers “Building a Family” of Mustang Vehicles After Mach-E

Is the new EV just the beginning? 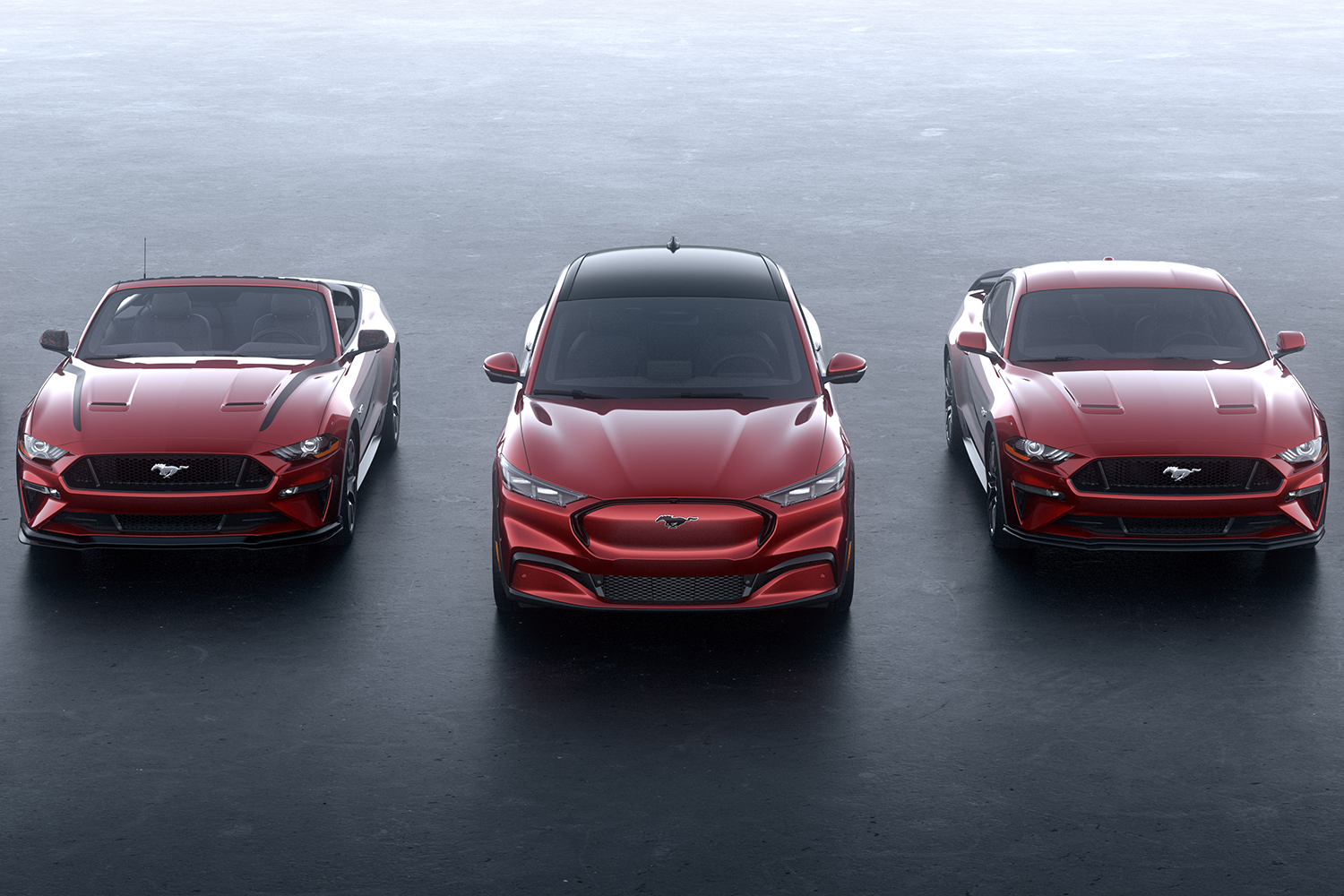 The new Ford Mustang Mach-E SUV electric vehicle [center] could be the beginning of a family of Mustangs.
Ford
By Alex Lauer / November 25, 2019 12:40 pm

Mustang used to by synonymous with American muscle. Then, last week, for the first time in Mustang history, Ford bestowed that badge on an entirely new model: the Mach-E. Not only did it break the mold by being an electric vehicle, it also upended history by being an SUV. And that may be just the beginning for the line’s reinvention.

In an interview with Autocar, Ford European Chief Designer Murat Gueler said the automaker has “talked about building a family” of Mustang-badged vehicles. That will come as a welcome surprise to those who approve of the Mach-E design. But for the Mustang purists who hoped this was a one-off marketing ploy to build excitement around Ford’s electric lineup, it might be a tough pill to swallow.

The expanded Mustang family isn’t set in stone, but Gueler said the idea is compelling. “There’s a lot of emotion with the Mustang, and it’s time to progress that and make it spread wider,” Gueler told Autocar. In other words, similar to the way Porsche has seen massive success in the SUV department with its Cayenne and Macan, with buyers attracted to the sports-car history of the more practical models, Ford also wants to translate its high-performance reputation into profits on completely unrelated vehicles.

Will it work? Or will it backfire and dilute the Mustang brand? That remains to be seen, if Ford does indeed go this route. But Gueler assured that any future Mustang designs will be purposeful and made with respect to the nameplate’s legacy.

“We don’t want to take a Russian doll approach, where you can’t tell them apart other than the size of the car, but we want a family feel where a Ford EV starts to build off this concept,” he told Autocar. “But we’d never do a smaller version of [the Mach-E] — if we did a smaller vehicle it would have different proportions.”

Will we see a Mustang pickup? A Mustang station wagon? A Mustang minivan? It’s all possible, especially when electrification comes into the mix, but with the Mach-E taking five years to develop, don’t expect to hear any official announcements on the matter anytime soon.

Read the full story at Autocar