Electric Truck Startup Rivian Raises $2.5B in Largest Funding Round Yet

Amazon, Ford and BlackRock have already backed the EV company

The most buzzed about SUV of the moment is, of course, the new 2021 Ford Bronco, which launched on Tuesday to widespread acclaim. Absent from the launch of what is supposed to be the future of off-roading? Any hybrid models, much less fully electric Broncos.

That’s why the biggest development in the off-roading category this month may not be the Bronco, but Rivian’s all-electric R1T truck and R1S SUV. On Tuesday, alongside Ford’s debut, the EV maker announced it had closed a whopping $2.5 billion investment round, its largest to date, meaning it has raised at least $5.35 billion in total since 2019.

This is a massive vote of confidence in the electric vehicle upstart and, as TechCrunch noted, it differentiates Rivian from other EV firms as “the company and its founder and CEO R.J. Scaringe eschewed public markets and have instead turned to strategic funds and other private investors for capital.” Tesla has had remarkable success in the stock market, and even untested companies like Nikola and Fisker are throwing caution to the wind. Meanwhile, Rivian seems calm, collected and willing to wait as long as it takes to get their launch right, with the right partners behind them.

Rivian originally planned to bring its electric pickup and SUV to market this fall, but because of the COVID-19 pandemic that date was pushed to sometime in 2021. Additionally, the company is retooling its facilities; as Carscoops pointed out, three weeks ago Rivian “announced it would move most of its operations to a new facility in Irvine, California.” It also currently has a presence in Normal, Illinois and Plymouth, Michigan.

As a press release detailed, this most recent investment round was “led by funds and accounts advised by T. Rowe Price Associates, Inc.,” and participants included Soros Fund Management LLC, Coatue, Fidelity Management and Research Company, and Baron Capital Group. But previous investors have included even bigger names like Ford, BlackRock and Amazon, the latter of which has put in an order for 100,000 electric delivery vans, a model that won’t be offered to the public.

The hype just keeps building for Rivian, but as Tesla continues to show, you can (sometimes) believe the EV hype. 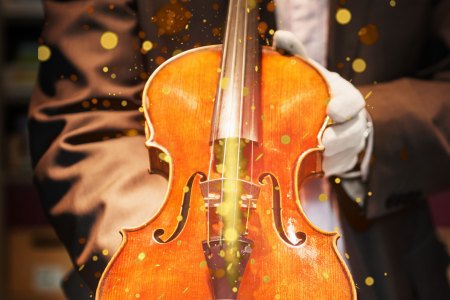 Should You Be Investing in Stringed Instruments?