The new Cadillac Lyriq was unveiled on Thursday but won't debut until 2022.
Cadillac
By Alex Lauer @alexlauer

“An American standard for the world.”

That’s one of the many tag lines Cadillac used during its glory days as the go-to luxury automaker. Now, the beleaguered General Motors brand is seeking to recapture that title with the unveiling of the Lyriq, its first all-electric vehicle.

The Lyriq made its public debut on Thursday, but the crossover has been in the works for a long time. We got a look at it in January of 2019 — back when GM President Mark Reuss said Cadillac has “one chance” to do electrification right — and the 2020 model seems to adhere close to that preview. But can this vehicle really turn the tide?

First of all, the Lyriq should be seen as more of a “technology spearhead,” as Cadillac President Steve Carlisle called it, than a single crossover; it marks the beginning of an ambitious electric portfolio of vehicles that the brand has been hyping for years. This is showcased in the Lyriq by way of a modular, skateboard-style EV platform centered by the Ultium battery system, a proprietary energy source that uses NCMA chemistry (nickel-cobalt-manganese-aluminum) that GM says will rival other EV companies (from mainstay brands like Ford to leaders like Tesla) while also cutting down on “rare-earth materials such as cobalt,” one of the environmental pitfalls of electric vehicles. 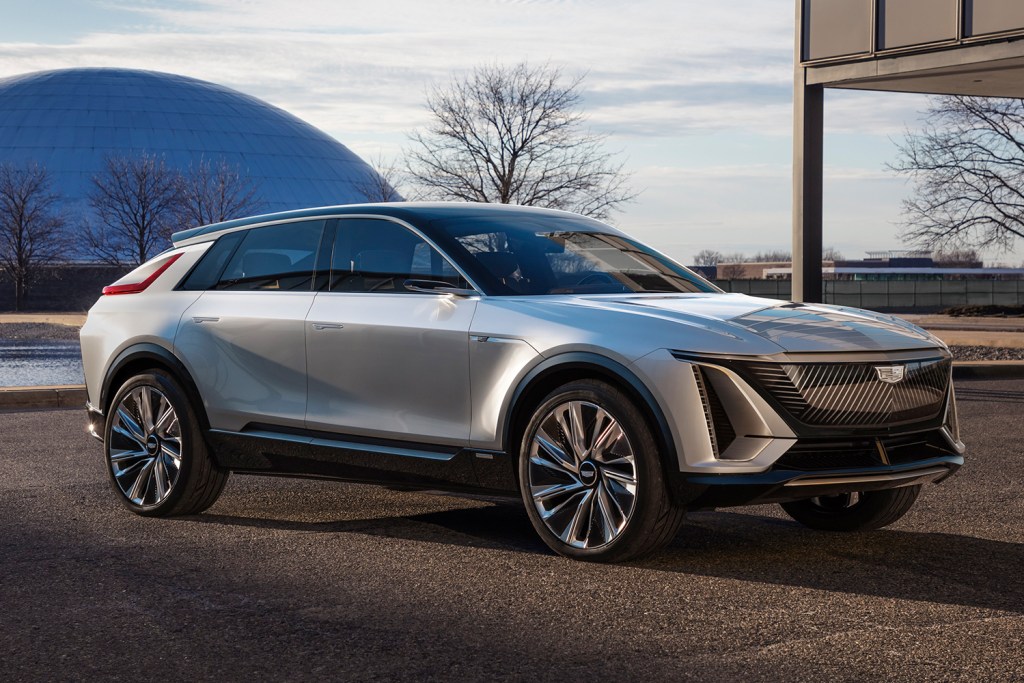 Is the Lyriq enough to make you go back to Cadillac?
Cadillac

In terms of the vehicle itself, Cadillac is promoting the Lyriq as a “show car” that is “80 to 85 percent finalized,” as The Drive reported. Unlike other electric vehicles, such as the Tesla Cybertruck, it isn’t available to reserve just yet, as it won’t hit showrooms until late 2022, a year after GMC’s highly anticipated electric Hummer. Despite the delay, it’s much more important to GM’s future than the street-legal monster truck.

“Lyriq really is the cornerstone upon which we are going to build the future,” Carlisle said, according to CNBC. That includes a Cadillac lineup that will be mostly, if not entirely, electric by 2030. But it also includes reconnecting to that motto — “An American standard for the world” — by expanding into China.

As CNBC reported, not only will the Lyriq be produced in China (as well as North America), it will launch in that country first before it gets its U.S. debut. Essentially, China is walloping America in the EV department; it’s the largest market for electric vehicles and has been much friendlier to their adoption. Cadillac is seizing on that momentum, and the U.S. would do well to better incentivize EV adoption and manufacturing so that electric vehicles as a category don’t become “a Chinese standard for the world.”

The big question that remains unanswered — both from Cadillac and all the other companies currently developing electric vehicles to rival the gold standard of Tesla — is whether or not all this so-called game-changing technology will live up to the hype once the cars actually hit the market. Or will it be dated by the time it debuts?