Barcelona Is Eerily Quiet Without Millions of Tourists

What becomes of a global city when the Segways stop? 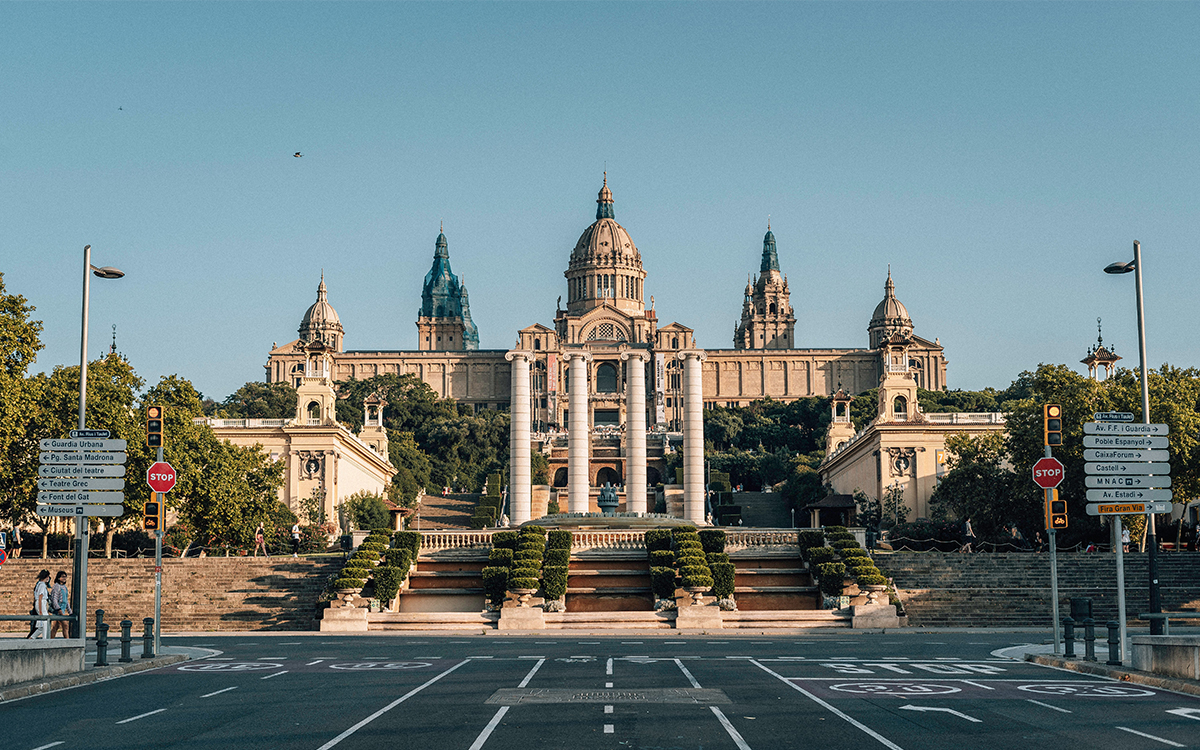 There’s a graffiti’d message on a wall in Barcelona’s Park Güell. It says,” Tourist: Your Luxury Trip, My Daily Misery.” The iconic park gets nine million visitors a year (1,200 every 15 minutes) in a city of just 1.6 million. Those who come for the other, usual Barcelona reasons — the markets, the beaches, La Rambla — accounted for a total of 30 million tourists in 2019.

For years, much like Amsterdam, Florence, Venice and Rome, Barcelona has struggled to balance a growing sense that its city was no longer its own (the term turismofobia was first tossed around in 2017), with the positive economic impact all those visitors bring to local businesses and institutions. It has fought Airbnb, derided Instagram, and longed for quiet. This year, in a cruel, confusing twist, locals have gotten their wish.

After one of the strictest lockdowns in Europe, Spain is just beginning to open up, and residents of Barcelona and Madrid were allowed out for exercise for the first time in early May. Stephen Burgen, a foreign correspondent for The Guardian, described the feeling of meeting a lighter, quieter Barcelona: “Mediterranean life is lived outdoors, in cafes and bars and in the squares where people old and young sit and talk and argue. We can go out, but there’s nowhere to go. Cicero said of war, they leave you a wilderness and call it peace. We’ve inherited a ghost town.”

There is satisfaction, Burgen notes, in seeing Catalonia’s capital again without Segways, rickshaws and selfie sticks, in breathing “air as clean as before the industrial revolution.” But it’s tempered by sadness for restaurants doomed to close, and all the people who won’t have a paycheck once life resumes again. Other cities are wrestling with similar complexities — what is a major metropolis with or without its visitors?

In Paris, The New York Times bureau chief Adam Nossiter wrote a poignant essay on the “older Paris” that has returned during the quarantine, from before the city became “a theme park for the global affluent.” All across Europe, city officials are hoping holiday rental Airbnbs will return to the traditional rental market. And in New York, a city infamously unkind to its 60-million-plus tourists a year, an unexpected perspective from Lori Smith, an employee at a kennel club: “There are people in this world who save all their money to come here on vacation,” she said. “To see our city.”

The struggle, in all its complexities, will inevitably continue as soon it’s allowed to, though the stakes could reverse. It’s possible that by the time the world reaches “normal” again (whatever that will mean), people may be less inclined to travel, and locals, running on sparse sidewalks past bars with empty tables, will eagerly await the return of noise.