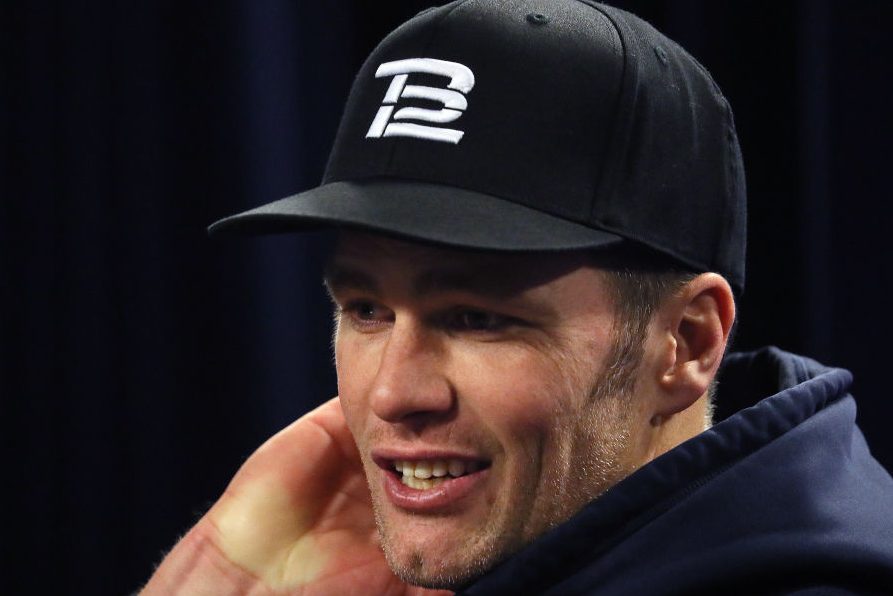 Last month during an appearance on Howard Stern’s radio show, Tom Brady told the King of All Media that the reason he stopped attending organized team activities (OTAs) with the New England Patriots in May of 2018 was because of pressure from his supermodel wife Gisele Bündchen.

“Two years ago, as it related to football for me, I had to make a big transition in my life to say I can’t do all the things that I wanted to do for football like I used to,” Brady told Stern. “I had to take care of my family because my family situation wasn’t great. She wasn’t satisfied with our marriage. I had to make a change in that.”

Now, just two years later and a member of the Buccaneers, Brady still isn’t attending OTA’s because, thanks to the NFL’s updated policies during the COVID-19 pandemic, teams cannot organize or hold them. Instead, Brady is organizing activities for his new teammates in Tampa Bay all by himself.

Here is Tom Brady in Tampa Bay this morning just before 7am getting some work in with his new teammates 🥺🥺 pic.twitter.com/ce1BBrgpnA

Per The Tampa Bay Times, Brady has been “itchy” to get on the field with his new teammates and may have been organizing these “extensive throwing sessions” for weeks.

“If you had any doubt that Brady wouldn’t find a way for such a gathering away from the team practice facility — closed to players, per NFL rules, during the COVID-19 pandemic — think again,” according to The Times. “Brady appeared to be the one organizing the route combinations and situational drills that Bucs receivers, tight ends and running backs ran Tuesday.”

This is the same Brady who couldn’t be bothered to show up to OTAs with the Patriots the season after defeating the Rams in the Super Bowl to develop chemistry with top pick N’Keal Harry, the first wide receiver Bill Belichick ever drafted in the first round during his time with the Patriots.

As Brady told Stern, the reason he couldn’t go to OTAs was to spend more time with his family and work on his marriage but, based on what he’s now with the Bucs, that excuse rings pretty hollow. Are we supposed to believe that moving to Tampa Bay, of all places, has fixed Brady’s supposed marital problems and appeased Bündchen? Is she that much of a fan of the nightlife options in Ybor City?

Really, the move to Tampa has fixed the problem Brady had with Belichick: playing for him.

That problem was the real reason Brady was skipping the workouts in New England he is now organizing for the Buccaneers which, all things considered, is fine. He just should have admitted it instead of using his family and wife as an excuse because, as what he’s doing with the Bucs now proves, it obviously was.