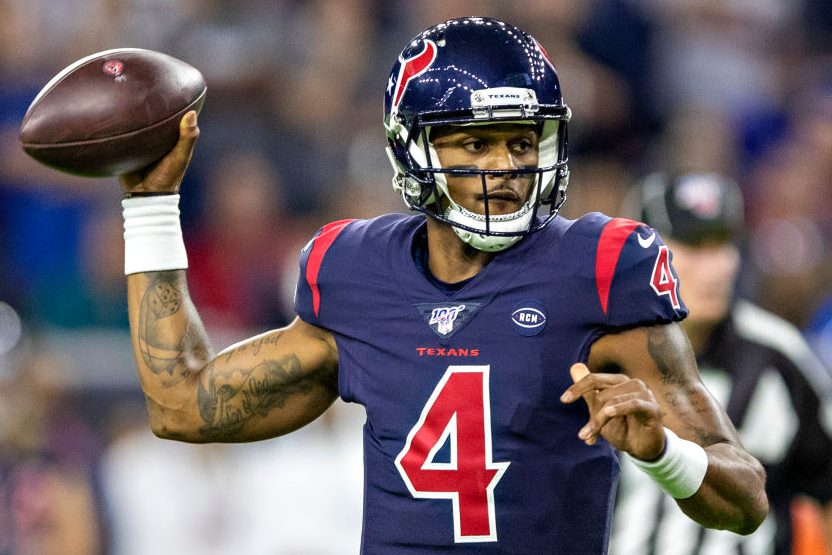 Deshaun Watson throws a pass during the first half. (Wesley Hitt/Getty)
Getty Images
By Evan Bleier / December 2, 2019 8:48 am

The Patriots offense had problems in Houston on Sunday night, struggling badly in a 28-22 loss to the Texans that sounds closer than it actually was.

Held to three points in the first half by an opportunistic Houston defense, New England’s offense continued to sputter after halftime and helped dig the team a 28-9 hole early in the fourth quarter following Texans quarterback Deshaun Watson catching a six-yard touchdown pass from star receiver Deandre Hopkins.

FINAL: @HoustonTexans defeat the Patriots and improve to 8-4! #WeAreTexans #NEvsHOU

Tom Brady, who finished 24-of-47 for 326 yards, was able to throw a couple of touchdowns to salvage his stat line during garbage time, but the game was never really that close after the Texans opened up their 19-point lead.

“Just execution, just have to do a better job. It’s tough to get behind and come back. We put ourselves in a pretty deep hole and you can’t do that on the road,” Brady said after the loss. “We didn’t get the job done. A loss is a loss, and learn from it and try to move on to next week.”

In addition to catching a score, Watson was able to throw for three additional scores and finished his night with 18 completions for 234 yards.

It was a big night for Texans coach and former Patriots assistant Bill O’Brien as he managed to get his first win in six tries against New England coach Bill Belichick.

With the win, the Texans (8-4) were able to maintain their spot in first place in the AFC South, holding off the surging Tennessee Titans at 7.5. The two teams play twice over the next four weeks which will go a long way in determining which team ultimately wins the division.

For the Patriots, the loss drops them to 10-2 on the season and No. 2 in the AFC overall as the 10-2 Ravens, who won at home yesterday against the NFC-leading San Francisco 49ers, own the tiebreaker over New England by virtue of their win over the Pats on November 3.