The Death of the Handshake May Permanently Affect Sports 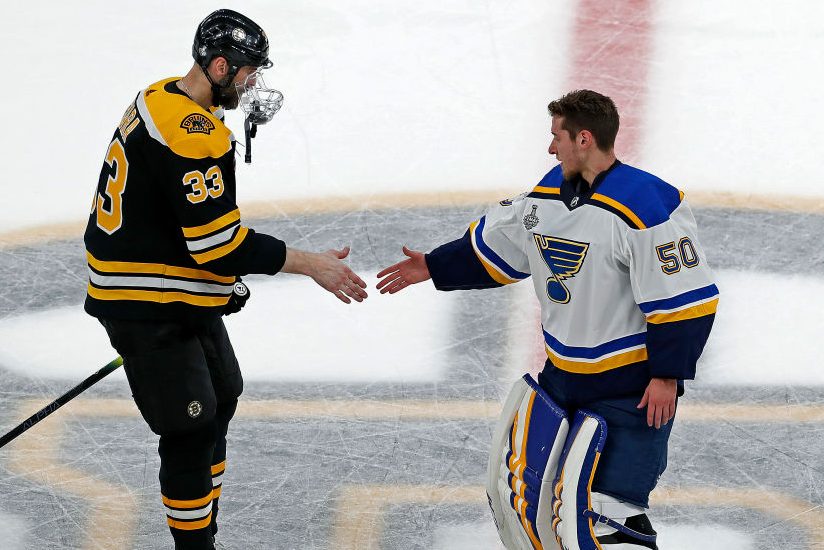 After competing for seven games in the 2019 Stanley Cup Final, Boston Bruins captain Zdeno Chara and Blues goalie Jordan Binnington skated to center ice and shook hands after St. Louis won the series last June. The tradition of the handshake line at center ice is one of the best examples of sportsmanship that exists in pro sports and, thanks to the threat of COVID-19, it may be permanently retired.

But that’s not the only sports tradition involving the touching of hands which the coronavirus may kill off for good.

Football players often hug and give dap before the pre-game coin flip, boxers touch gloves, NBA players slap hands before tip-off and the examples go on and on.

Shaking hands and the sportsmanship that it represents is a part of our DNA, David Givens, an anthropologist at Gonzaga University’s Center for Nonverbal Studies, told The Los Angeles Times.

“It’s rooted in our primate psychology,” Givens said. “Primates, especially chimps and gorillas, will reach out and touch each other’s hands, before aggression and after aggression.”

Our fingers have sensitive nerve endings that are connected to modules of the brain which make touching hands and the sensation it produces a deeply instinctual behavior. Also, skin-to-skin contact can help signal the adrenal glands to limit the production of a stress-inducing hormone called cortisol. As Givens points out, less stress before a match or a game is certainly useful for athletes.

“There is the initial fear before you get in the ring or on the field, a lot of athletes talk about the fear,” Givens said. “There is the adrenaline aspect to sport and you can partially counteract that by reaching out, which puts you a little at ease.”

Read the full story at the Los Angeles Times