Dallas' deal with Black Rifle Coffee Co. was announced the day after the deadly Fourth of July parade shooting in Highland Park, Illinois

The day after the deadly Fourth of July parade shooting in Highland Park, the Dallas Cowboys decided it was a good idea to announce that the team had partnered with a gun-themed coffee brand that is associated with the far-right as well as acquitted Kenosha shooter Kyle Rittenhouse. It also sells roasts including  “Silencer Smooth” and “Murdered Out.”

Black Rifle Coffee Company, which angered some customers for denouncing the Proud Boys and other violent far-right groups after symbols for the brand appeared on rioters at the Capitol on Jan. 6, is the new coffee sponsor of  America’s Team. That seems pretty tone-deaf given all that’s happening in America, as many have pointed out.

“It would be interesting to know how much the Cowboys are making in this deal,” ProFootballTalk noted. “Whatever it is, it arguably isn’t worth it. Unless America’s Team wants to saturate the portion of America that was repelled by anthem kneeling and that, in turn, will embrace a line of coffee products dripping with pro-gun messaging, even if it’s announced the day after guns were once again used to create more havoc in America.”

No matter what you think of the partnership or either of the brands that are involved, the timing of the announcement of the deal could not have been worse. (A product placement marketing partnership between BRCC and Amazon Prime revealed two days after the July 4 mass shooting is equally deserving of a second guess.) Though the Cowboys initially had no comment about the deal to the Associated Press, Dallas owner Jerry Jones said the team supports “military members and first responders year-round” in a statement about the partnership.

Founded by U.S. Army veteran Evan Hafer, Black Rifle has made hiring veterans a priority. In a statement about the deal, a BRCC spokesperson said the company was “proud” to partner with the team because the Cowboys are “strongly committed to our mission of supporting veterans, first responders, and America’s men and women in uniform.” The spokesman also explained the timing, per Sports Illustrated. “The long-planned announcement was timed to coincide with the Independence Day holiday — America’s Team. America’s Coffee. America’s Birthday.”

According to the Gun Violence Archive, there were almost 700 mass shootings in the United States and more than 45,000 people died as a result of gun violence last year — and we all know what firearms and the people wielding them have accomplished thus far in 2022. Sadly, maybe the Cowboys really are America’s team. 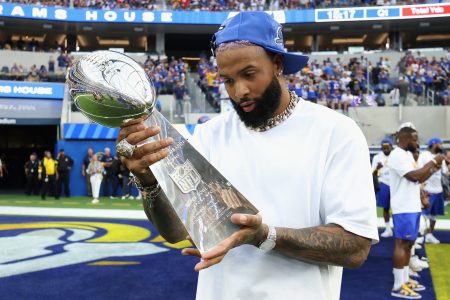 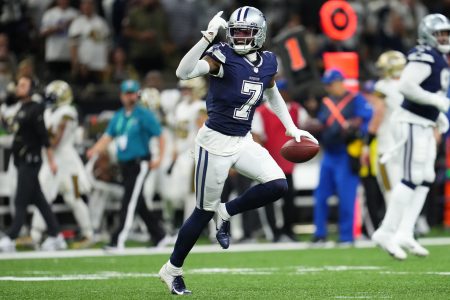 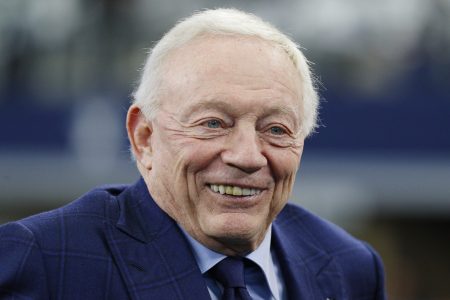