Tinder Is Launching a Video Chat Feature, and It Feels a Little Late

Is the once-groundbreaking dating app falling behind? 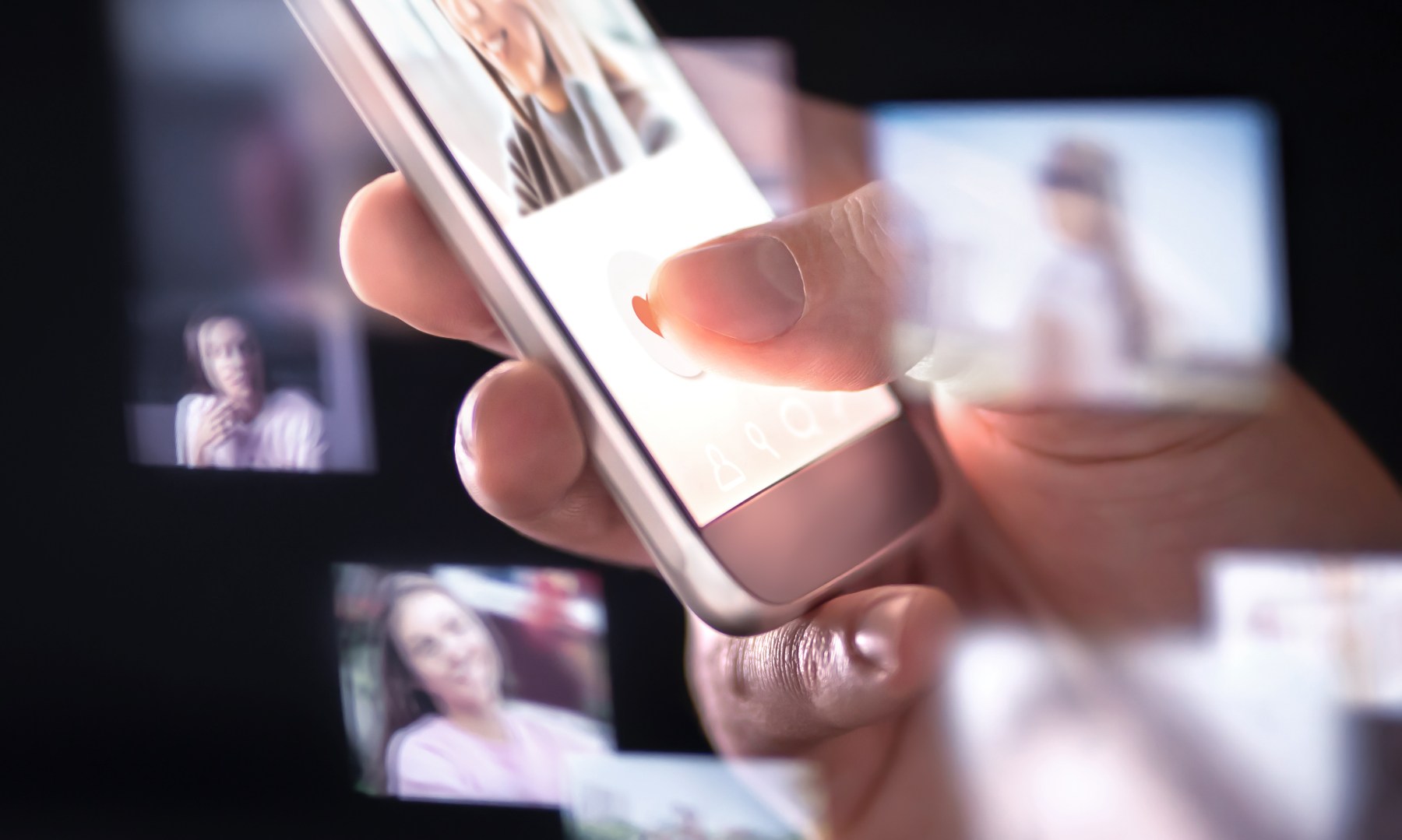 Video chatting? For a pandemic? Groundbreaking.
Tero Vesalainen/iStock
By Kayla Kibbe / May 7, 2020 7:30 am

When men on dating apps find out what I do for a living, they often have ideas for articles they think I should write. Often the ideas are for articles I have already written but which they would like to explain back to me. But sometimes they come up with an original, however unsolicited, pitch all on their own — like the man I met on The League who recently asked me if I’d thought about writing an article “about how much Tinder sucks now.”

I hadn’t considered writing an article about it, but I knew what he meant. I deleted my own Tinder account months ago and know plenty of others who have done the same after finding Tinder pales in comparison to competitors like Hinge (which, to be fair, is owned by Tinder parent parent company Match Group), Bumble and The League. The complaints about Tinder vary: it’s full of fake profiles and spam accounts; people don’t take it seriously; too many out-of-towners; too crude, too silly, too childish, etc. That said, Tinder has made it clear in recent months that it’s focusing the majority of its energy on catering to Gen Z daters, so it’s possible my friends and I have simply outgrown the dating app on which we came of online dating age.

Regardless of whether Tinder sucks or I’m just old, the dating app just announced plans to launch a video chatting feature in Match Group’s most recent earnings release, begging the question: how is this news? Despite a Highsnobiety headline claiming Tinder’s new video feature is coming “just in time for the apocalypse,” the app seems a little late to the video-chatting game. After all, video dating has been a major focus of “love in the time of coronavirus” content from quarantine day one, and many dating apps were quick to get with the program. I’ve been receiving pitches from new dating app developers trying to stand out in the saturated dating app market with quarantine-era video-chatting platforms for weeks now, and even they’re a little behind.

Why? Because other major dating apps, including Bumble and The League, already launched in-app video chatting features well before we ever dreamed a pandemic would one day render in-person dates an impossibility. Bumble introduced video-chatting capabilities last summer, and The League launched its League Live video speed-dating feature by the end of the year.

So why are we still pretending everything Tinder does is groundbreaking and inherently newsworthy, especially when it’s just doing the same things other apps have been doing for months? I understand the impulse to honor Tinder’s legacy. I’ve been on dating apps since I was 18, and Tinder was the first one I ever downloaded. I remained a fierce Tinder loyalist for years (Bumble’s women-make-the-first-move gimmick didn’t sufficiently satisfy my need for attention from strangers on the internet; Hinge seemed like a place for monogamous squares; Facebook Dating shouldn’t have bothered). But despite the fact that Tinder is boasting “all-time” swiping highs in Match Group’s latest report, the once-pioneering platform does seem to be flirting with irrelevance, and apparently I’m not the only one who thinks so.