How Many Meals Should You Be Eating Per Day in the WFH Era?

The pandemic has made a mess of our meal schedules. That's okay.

The standard has long been three meals a day. But why?
martinedoucet/Getty Images
By Tanner Garrity @tannergarrity

In the late 2000s, there was a big push in schools and offices for “grazing,” the concept of eating several smaller meals throughout the day. The movement pointed out — correctly — that the long-held American standard of three meals a day isn’t based in any medical research; it’s simply a product of the post-industrial workday.

A decade after that enlightenment, though, the three meals a day routine wasn’t going anywhere. It’s only been over the last year, as we’ve struggled to adapt to strange work-from-home schedules, that that routine has actually been threatened. Why? Well, no matter how much our institutions may have once encouraged grazing (or even provided healthy snacks), the framework for a many-meal lifestyle simply wasn’t there.

Consider: Americans average nine hours of work a day. We’re the most overworked developed nation on the planet. When you’re tired or stressed, your body releases survival hormones, which the brains of modern employees inevitably confuse for pangs of hunger. To that end, we eat right after waking up, thinking it’s the best way to jumpstart productivity. Later on, “taking lunch” is an office expectation. Eating a sandwich in the middle of the day feels like a rite of passage. And at the end of the day, after an afternoon that dragged and a tough commute home, a big dinner often seems like the emotionally correct response.

This pattern has long felt comfortable, even if it made little sense, because we’ve become disassociated over the years from actual hunger. We’re just responding to timely triggers that have been handed down to us, like well-behaved mice in a lab. The COVID era has upended this system.

For all the talk of the “quarantine 15” — and to be sure, there has been an uptick in grocery sales over the last 12 months — we don’t have hard data quite yet on what the new, nationwide eating schedule is, or what it’s doing to our bodies. But we do know is that people are eating differently. There is no set time to eat anymore. There’s no set time to do anything. Work, exercise, family time, meals — all geographical and temporal boundaries have melted. “Company time” has become a construct. The fridge is always just in the next room; the pantry is always open. You’re now free to eat whenever you like.

Is this a bad thing? It certainly could be. If there’s something to be said for the three-meal system, it keeps people honest. If you don’t exercise at all, only eating three meals a day may be your best shot at preserving a reasonable calorie intake. You can still overdo it with big meals and “emotional” ingredients (those we eat in an ultimately futile attempt to alter or control mood), like sugar and fat, but at least you have a system. An all-day eating marathon, meanwhile, could really kick the door wide open to long-term dietary abuse.

At the same time, this is an opportunity to take back a more natural approach to eating. Think about the way you drink water. You hydrate when you’re thirsty, because your body is sending important signals to your brain. Eating should function in a similar way. Take in what you need, when you need it. It’s scary to be left to one’s own devices in general, and especially with food. If your pandemic eating has felt out of control lately, try looking at this time as an opportunity. Give a new approach a hard look. Free yourself from the tyranny of entrees and sides and set sit-down times, at least for a week, and focus on eating when you’re hungry.

The best way to accomplish this, I’ve found, is to have options already in the house, tiny go-to’s that will give you energy — not send you and your laptop into a heap on the couch. I personally stick with:

Now, that’s not all that I’ll eat in a day. Come “dinnertime,” I generally cook up a piece of fish to eat with a rice-veggie medley. There are also teas and shakes and protein bars that I’ll sip or munch on throughout the day. By no means are the specifics of that slate the “correct” answer here. It’s just what works for me. I would also point out that it took me a while to get there, after periods of both overeating (Seamless blocked my card on suspected fraud charges at one point, true story) and attempts at intermittent fasting, which didn’t agree with my running schedule.

The best way forward for any dietary plan, particularly during a time like this, is honesty and self-reflection. Take stock of what’s in your pantry. Take stock of how you’ve been feeling lately. If three meals is all you ever want to know, fine. See how you can get some good ingredients into those meals, or trim back the portions a bit. But if you’re open to embracing the abnormality of the pandemic eating schedule, this is the time to do it. 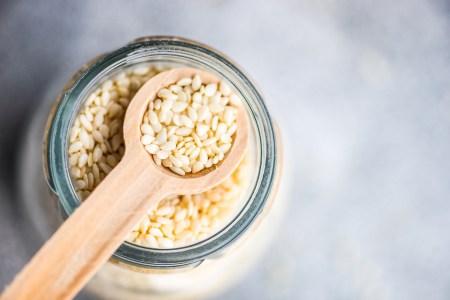 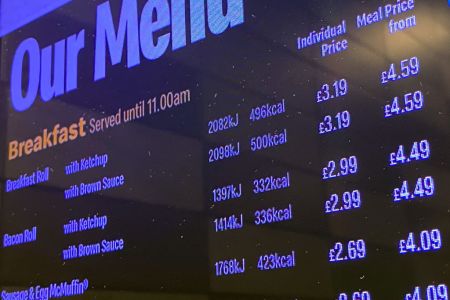