It all started when the green M&M put on sneakers...

The M&M's "spokescandies" are going on indefinite hiatus.
Mars
By Bonnie Stiernberg @aahrealbonsters

This time last year, Mars debuted a progressive rebrand of its M&M’s “spokescandies” in order to spotlight the cartoon candy characters’ “personalities rather than their genders.” A few of the mascots got tweaked, but the most notable change was the green M&M swapping her go-go boots for more sensible sneakers. Because we live in hell, people lost their shit over this; Tucker Carlson even aired a segment on his show accusing M&M’s of going “woke” by making Ms. Green “less sexy.” (Again, to be clear: this is an anthropomorphic piece of candy-coated chocolate he’s talking about.)

Now, however, it seems as though the company is kowtowing to Carlson and other right-wing pundits who got all up in arms over a cartoon’s footwear. Mars announced today in a statement shared to social media that they’re taking an “indefinite pause” from the spokescandies and replacing them with an actual human being: Maya Rudolph.

“America, let’s talk,” the message read. “In the last year, we’ve made some changes to our beloved spokescandies. We weren’t sure if anyone would even notice. And we definitely didn’t think it would break the internet. But now we get it — even a candy’s shoes can be polarizing. Which was the last thing M&M’s wanted since we’re all about bringing people together.”

The company is likely reacting to the recent wave of backlash that Carlson stirred up when he took issue with a recent promotional M&M’s wrapper featuring the three female M&M’s characters — green, brown and a new purple character. (Mars announced it would be donating some of the proceeds from the candy to various organizations aimed at supporting women in the workplace. Naturally, this got “men’s rights” bozos everywhere shrieking about where their M&M’s package is.) “Woke M&Ms have returned,” Carlson lamented on his show recently. “The green M&M got her boots back, but apparently is now a lesbian, maybe? And there’s also a plus-sized, obese purple M&M, so we’re gonna cover that, of course.”

First of all, the purple M&M is not “plus-sized” or “obese.” It is oval-shaped because it is a peanut M&M, just like the (male) yellow M&M that has been around for years (which, of course, Carlson is totally fine with). The green M&M is not a lesbian; she is a piece of candy. And even if we ignore the fact that the M&M’s should not be held to the same beauty standards as humans because they are fictional characters whose bodies are made of chocolate and colorful sugar shells, is Carlson implying that the other M&M’s, who are shaped like a circle, have the ideal physique?

Anyway, it’s all incredibly dumb, and the fact that Mars caved to the backlash makes it even dumber. If they think a piece of candy in go-go boots is polarizing, wait till they find out what kind of venom Carlson and his ilk love to spew at actual human women. 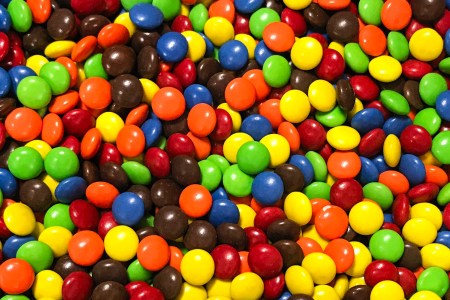 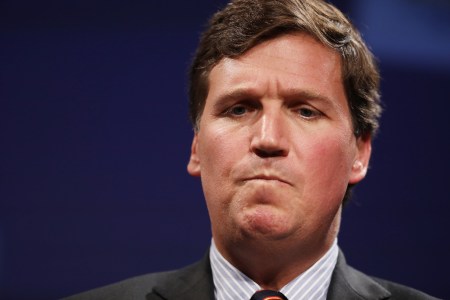 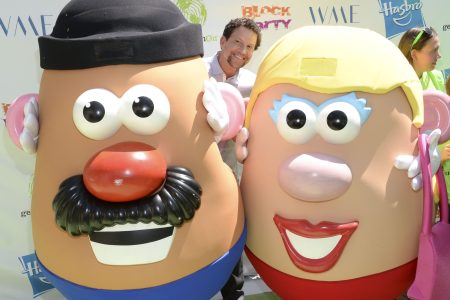