Why 5 DC Restaurants Chose to Open During a Pandemic

Crazy, or just the cost of doing business? 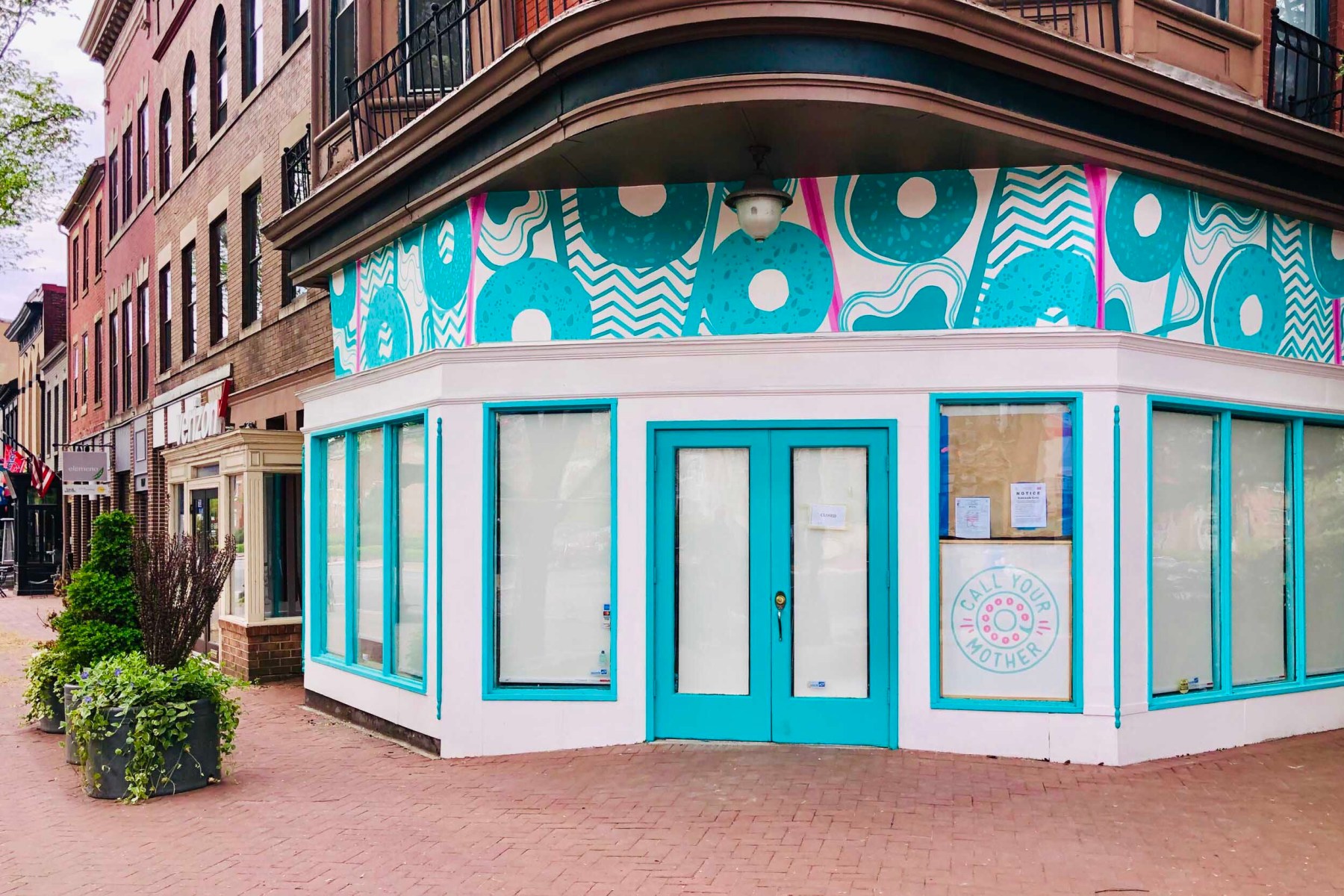 No matter the circumstances, opening a restaurant in the city is a stressful, often harrowing undertaking. If initially bright-eyed restaurateurs can get past the sky-high rents and regulatory obstacles, they have to contend with the fact that restaurants have some of the highest initial failure rates out of almost any business, with around 60 percent of them shuttering within the first year of opening.

Now the restaurant world is being hit by something altogether more sinister: a global pandemic that has shut down dining rooms indefinitely, forcing places that once had months-long wait times to pivot to takeout or close down completely. It would seem improbable, then, that launching a new business during this time could lead to success. And yet, a brave few have forged ahead, opening their doors at a time when customers can’t even stand within six feet of one another. These were not decisions that were made lightly. But the people who made them, if they can survive, will now have quite the story to tell indeed.

Call Your Mother opens a second location in an unlikely time

“Well, it sort of all perfectly fell into place for us to open a restaurant, because it is totally nuts to open a restaurant during a global pandemic, and I don’t think we thought we were going to but … when all the pieces fell into place we said, you know, if we can do something that’ll help us pay our staff and just bring a little bit of joy to the neighborhood, let’s do it.”

Andrew Dana is the co-owner of some of DC’s favorite casual establishments, like Timber Pizza and the self proclaimed “Jew-ish” deli, Call Your Mother. Dana tells InsideHook that when the pandemic first hit, Call Your Mother closed its doors until they found a way to serve their customers safely; now, despite everything, they’ve managed to keep all 145 of their employees paid.

When it came time to re-open, they polled all their workers, deciding that anyone who takes public transportation to work or lives with people at heightened risk of being affected by the virus must sit out during this time. As a result, Call Your Mother has been operating with a crew of about 20 percent of its normal staff, and Dana says that the newly opened Capitol Hill expansion allows the company to put some people back to work.

“We were supposed to open early to mid-March,” Dana says. “We had already been through our health inspection and it was built out, and then as all of this was breaking we just sort of said, ‘OK, let’s hit the pause button indefinitely and we won’t even worry about it for a while.’”

It only took a couple weeks of operating out of the original store with a skeleton crew for Dana and co-owner Dani Moreira to realize that opening their second location was the right move. Dana says that once the decision was made it all came together quickly, driven by the motivation to do something positive for their staff and for the community.

“It’s been amazing since the opening. The neighborhood is so excited and people are safely distancing, but are definitely coming out and supporting. It’s been like nothing but positive feedback from our staff and from the community so all good in the hood,” says Dana.

He tells us that the success can be attributed to Call Your Mother’s new Capitol Hill digs being their second location, rather than a brand-new concept. “I think it’d be much tougher to introduce a brand-new concept to a neighborhood, whereas people are already familiar with the brand, we have staff that knows how to operate. I think that’s why it was more possible than creating something from scratch.”

Making the most of a less than ideal situation

Two people who know all about the hurdles of starting a business from scratch during the pandemic are Lisa and Melissa Gerben, the owners of a new coffee-roasting company called Rako that just launched on April 20.

After quietly opening their Lorton roasting facility back in December, the duo tells InsideHook that they had already begun selling beans to restaurants, co-working spaces and embassies in the city. They were also finalizing a retail line and scouting locations in which to open a cafe of their own. In other words, they were super busy.

The co-founders had initially tabled their grand plans, until they noticed something interesting: people staying at home were really bored. So bored, in fact, that they were resorting to pretty strange pandemic hobbies like pickling, crocheting and baking copious amounts of bread.

“We also noticed people were drinking way more coffee, so we decided: let’s just launch online,” says Lisa. They decided to help at-home coffee drinkers out, too, by including handy brewing guides with every order. Who knew that each form of coffee preparation requires a different level of grinding the beans?

“While this isn’t the launch we had envisioned, we are excited to bring our locally roasted, sustainably sourced coffee to the community,” they say. And though plans to open a brick-and-mortar are tabled for now, the pandemic has shaped the ethos of their brand in ways they could never have expected. For example, they’ve been donating 10 percent of all their sales to chef Erik Bruner-Yang’s Power of 10 initiative, and a portion of each sale supports the coffee country of origin’s International Women’s Coffee Alliance (IWCA) Chapter.

Knowing when to pivot

Some restaurants didn’t have the option to hit the pause button, since doors were already (just) opened. One such spot is the newly opened Malaysian restaurant Makan in Columbia Heights. The brainchild of Maketto alum James Wozniuk, Makan debuted mere weeks before the pandemic hit the States. It’s now reopened for takeout and Uber Eats delivery, serving a short menu that includes Malaysian favorites like char kway teow noodles and beef rendang.

Then there’s Chef Christian Irabién, who was forced to table his plans to open an unannounced restaurant with Comet Ping Pong and Buck’s Fishing & Camping. With the physical space already secured, the former Oyamel sous chef decided to instead open Muchas Gracias, a mercadito and Latin American eatery in Chevy Chase. Offering delivery and takeout, Muchas Gracias now supplies grocery items as well as a daily menu inspired by the flavors of Irabién’s childhood in Mexico and southern Texas. One of the market’s main motives is entirely selfless: they want to support the area’s immigrant families with free delivered meals and farm pantry boxes.

Knowing when to hang up your hat

“We hit the indefinite pause button on that, basically,” says Andrew Dana. Yes, the same Andrew Dana from earlier in the story — remember him? Prior to the onset of coronavirus, he was also working on launching a brand-new concept slated to open this summer inside what will one day be the Yours Truly Hotel in West End.

Called Mercy Me, Dana says launching the “sorta South American” restaurant during this time didn’t make sense, and that he and his co-owners hope for the eventual opening to create a more immersive experience for diners than carry-out can currently provide.

Dana says while it was a tough decision, deciding to halt operations felt like the right thing to do. “We’ve always said you only get one first impression, and we don’t want to half-step anything. It also wouldn’t have been true to any of the people involved to do a skeleton experience introducing this brand to the city, so it was tough but once we come back we hope to be better than ever and, you know Johanna, the chef, is in our kitchen constantly tweaking menus, so it’ll be better than ever.”

Speaking of chef Johanna Hellrigl, we thought you might like to know that she’s gained a reputation during the quarantine for giving away more than 200 sourdough bread starters on Instagram. How’s that for an awesome pandemic hobby?